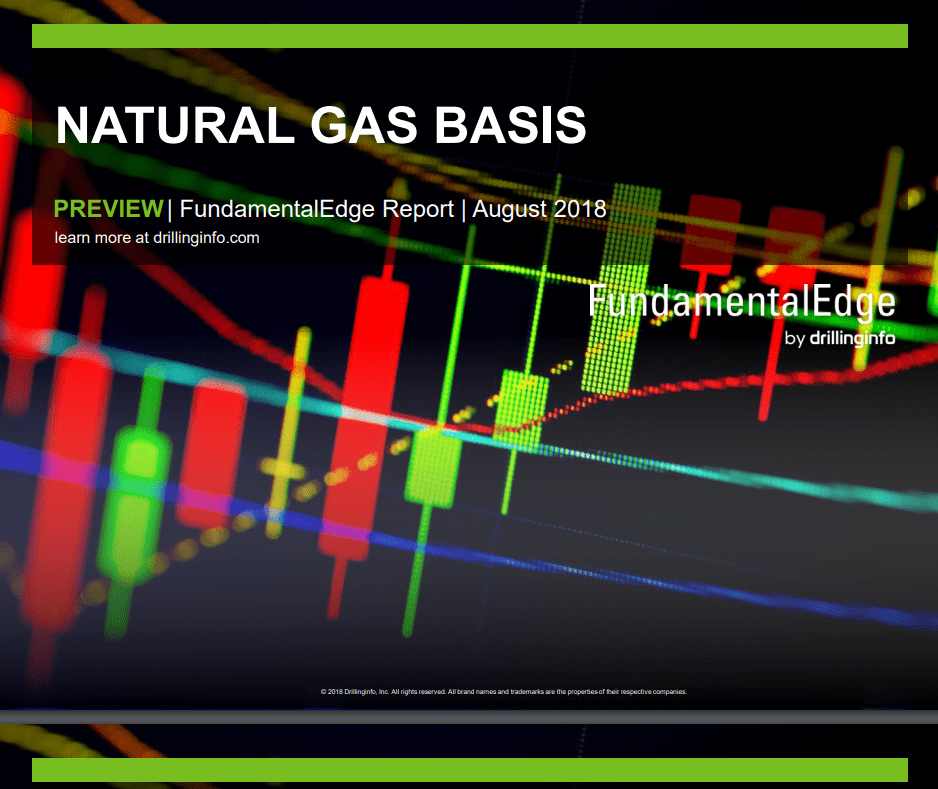 Austin, TX – Drillinginfo, the leading energy SaaS and data analytics company, has released its latest FundamentalEdge series report, Natural Gas Basis, which presents an analysis of the fundamentals of the natural gas market and its impact to natural gas basis. Within the report, readers will find production of natural gas continues at record highs, however, storage inventories are expected to end the season at a record low. At the regional level, some fundamental changes are causing price basis to blow out and trade significantly different compared to historical levels.

“The outlook on natural gas right now depends on where you sit,” said Bernadette Johnson, Vice President of Market Intelligence at Drillinginfo. “Areas in the Northeast that have suffered for nearly a decade due to bottlenecks are finally seeing some relief, and just in time for winter too,” said Johnson.  “But producers in the Permian continue to be plagued by pipeline constraints and that may not change until well into next year,” she said.

In the report, Drillinginfo highlights four regions in the United States affected by this dynamic.

SoCal basis prices have blown out during summer 2018 due to strong demand and limited access to supply from storage (Aliso Canyon leak) and pipeline interconnect outages at El Paso and Transwestern.