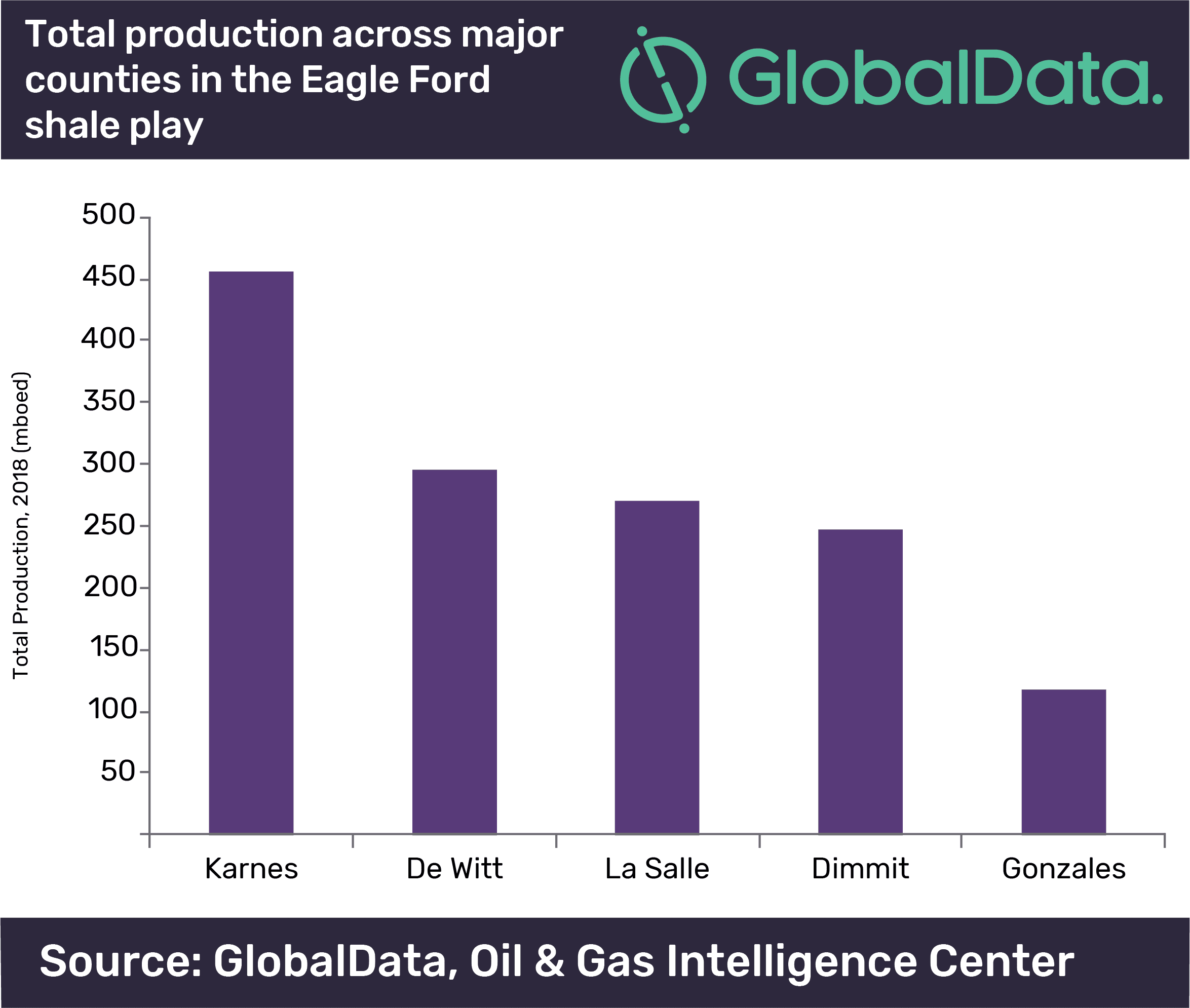 During 2018 Eagle Ford re-emerged as one of the lucrative destinations for oil and gas companies, according to GlobalData, a leading data and analytics company.

The company’s latest market analysis report: ‘Eagle Ford Shale in the US, 2019 – Oil and Gas Shale Market Analysis and Outlook to 2023’ reveals that the shale play has reverted a production decline and leading operators continue to increase the scale of their operations. There are still some sections within the Eagle Ford shale play which are underdeveloped, especially in the northern part comprising the Burleson and Brazos counties and some companies are also assessing the overlying Austin Chalk formation.

Eagle Ford shale constitutes a sedimentary shale rock formation in the Texas region that is considered as one of the most profitable formations for exploration and production activities in the U.S. The major counties for prolific crude oil and condensate production in the Eagle Ford play include Karnes, De Witt, La Salle, Dimmit, and Gonzales. The Eagle Ford play also constitutes largely of condensates and dry gas resources. The major producing counties for natural gas include Webb, Karnes, De Witt, Dimmit, and La Salle.

Adrian Lara, Senior Oil & Gas Analyst at GlobalData, comments: “Eagle Fords definitely remains a sound investment for oil and gas operators. During the last years, the play has made a slow but sure comeback but this performance is at times not as noticeable because it neighbors the super attractive Permian Basin. Still, the well economics of the play are robust with current commodity prices and operators are starting to assess areas outside the core zone of the play, moving out from the so-called Karnes Trough.

“Also of relevance is that some operators are re-assessing the production upside of targeting several benches such as the overlying Austin Chalk formation. The recent M&A activity also confirms how operators try to increase their operations in the Eagle Ford; this was, in fact, a main driver in Chesapeake Energy’s acquisition of WildHorse Resource Development. Eagle Ford won’t become the engine of USL48 unconventional production but it still has growth potential.”

The location of the play allows for better oil and natural gas pricing in comparison to Permian output with proximity to major hydrocarbon processing facilities and export terminals on the Gulf Coast. This, along with sufficiently developed midstream infrastructure, is an important aspect in the enduring attractiveness of Eagle Ford for oil and gas companies.

GlobalData identifies companies such as EOG Resources Inc., Chesapeake Energy Corporation, Marathon Oil Corporation, ConocoPhillips and Noble Energy as among the leading producers in the Eagle Ford shale in 2018.

4,000 of the world’s largest companies, including over 70% of FTSE 100 and 60% of Fortune 100 companies, make more timely and better business decisions thanks to GlobalData’s unique data, expert analysis and innovative solutions, all in one platform. GlobalData’s mission is to help our clients decode the future to be more successful and innovative across a range of industries, including the healthcare, consumer, retail, technology, energy, financial and professional services sectors