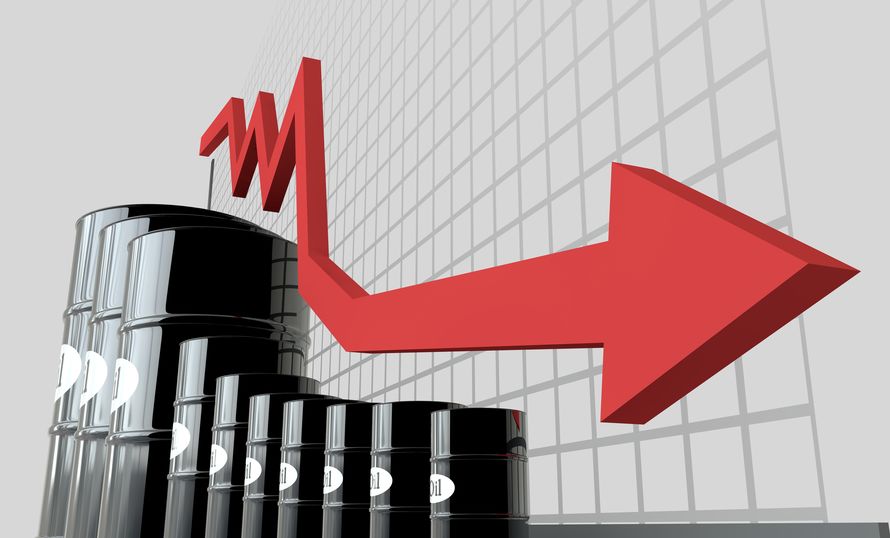 The natural decline rates of existing oil and gas wells across major shale plays will contribute to a tighter supply/demand balance.

The recent dramatic decline in oil prices was precipitated by an unprecedented drop in demand due to the COVID-19 pandemic played out against a backdrop of an already slightly oversupplied oil market. Oil prices have strengthened somewhat since April, but this has been primarily due to production reductions in the “OPEC +” counties (OPEC and Russia), and to a limited extent, voluntary shut-ins and curtailments in the U.S. These shut-in volumes provide a ready source of incremental production that may be returned to the market as prices improve and could lead to persistently soft prices.

The natural decline of existing wells, however, is a permanent reduction of available supply that will contribute to a tighter supply/demand balance. As U.S. operators reduce drilling activity due to unattractive economics, we wanted to examine the underlying production decline rates across the major shale plays in the U.S. to get a sense of how fast production might decline and how that decline might contribute to a better supply/demand balance and provide support to improved prices. 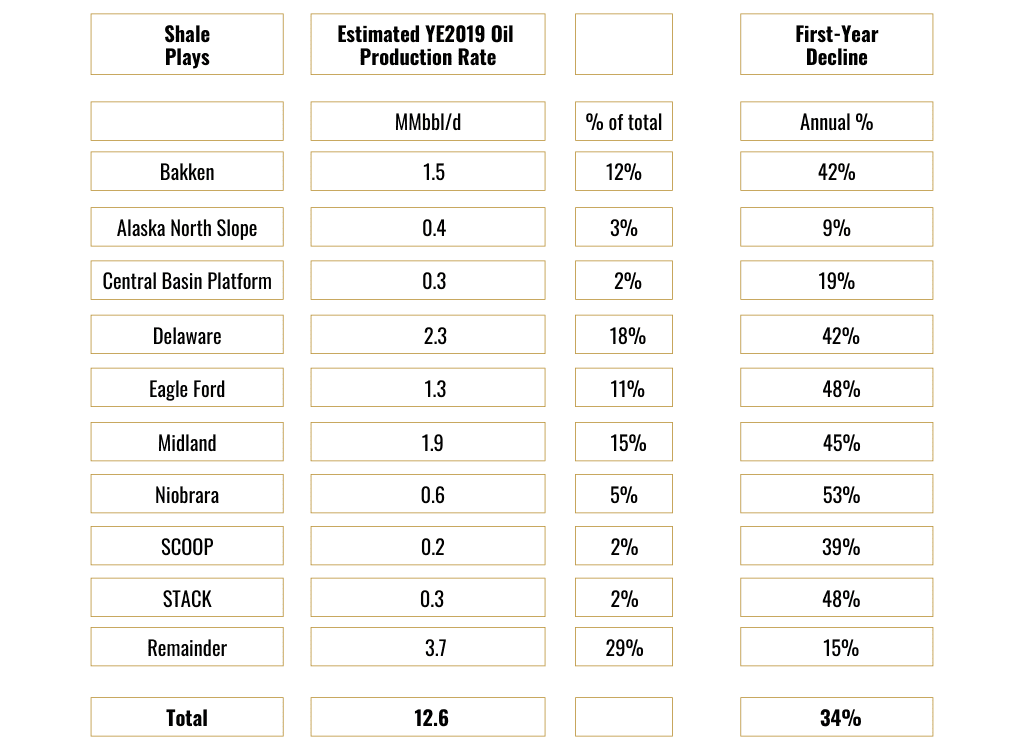 Here are our key takeaways from the analysis:

The table below shows the same analysis for U.S. gas production. In this analysis, we’ve included important dry gas plays that don’t appear in the oil analysis and excluded the Alaskan North Slope (ANS) since that gas is reinjected for pressure maintenance (contributing to their low oil production decline rate). In the table below, gas production is expressed in billion-cubic-feet-per-day (Bcf/d). 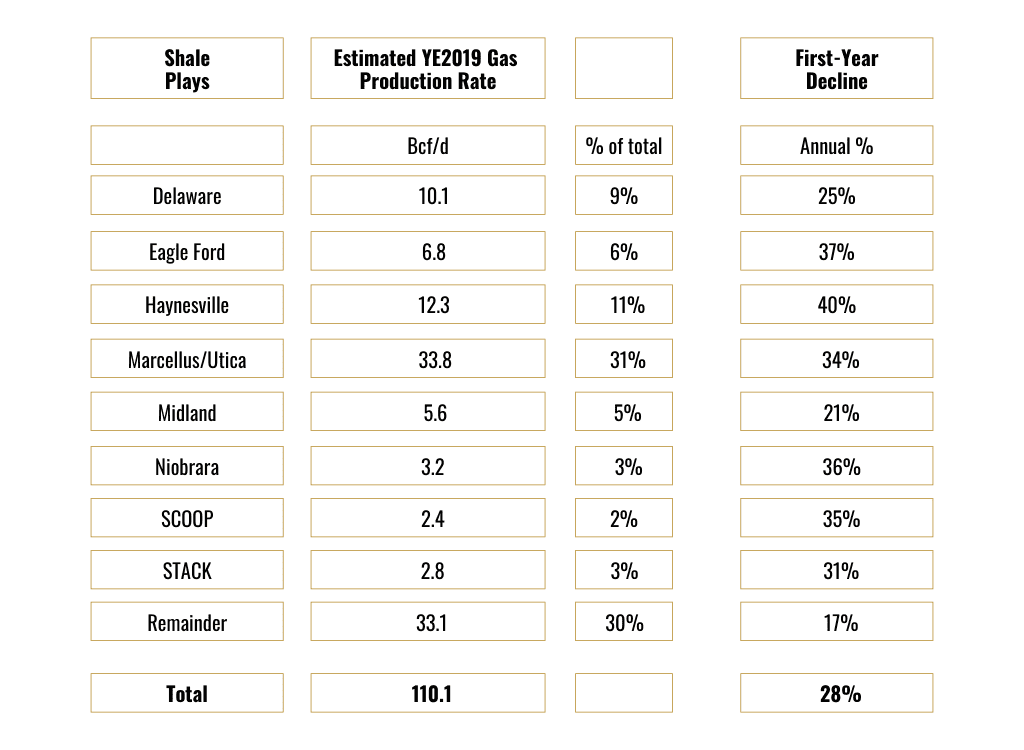 Key takeaways from this analysis are:

The base U.S. production decline rates for oil and gas are significant and would result in meaningful reductions in production rates if drilling were completely halted. This is unlikely as improving oil prices will allow some drillers to remain active in the core of the best oil plays (the Midland and Delaware basins, for instance), and the economics in the core of the best gas plays remain attractive at current gas prices.

Even so, if drilling were halted, the natural decline of the existing U.S. oil wells by itself probably would not be sufficient to restore oil prices in a year’s time. Although it will play a role, the supply/demand imbalance won’t be fully improved until oil demand improves to levels closer to those before the COVID-19 pandemic.

To conduct our analysis, we relied on monthly production data from Enervus. We accessed the entire U.S. production dataset from 2000 to 2019 and aggregated the monthly values by play and “vintage” (year drilled). We estimated the decline rate for the aggregate production of each play and vintage using decline curve analysis, and then re-assembled the vintages to derive a production outlook for each play. For the most recent vintages where the production history was short and a definitive decline curve hasn’t yet been established, we looked to other vintages in the play to estimate reasonable decline curve parameters.

Many Changes Proposed in Electric Grid in Texas