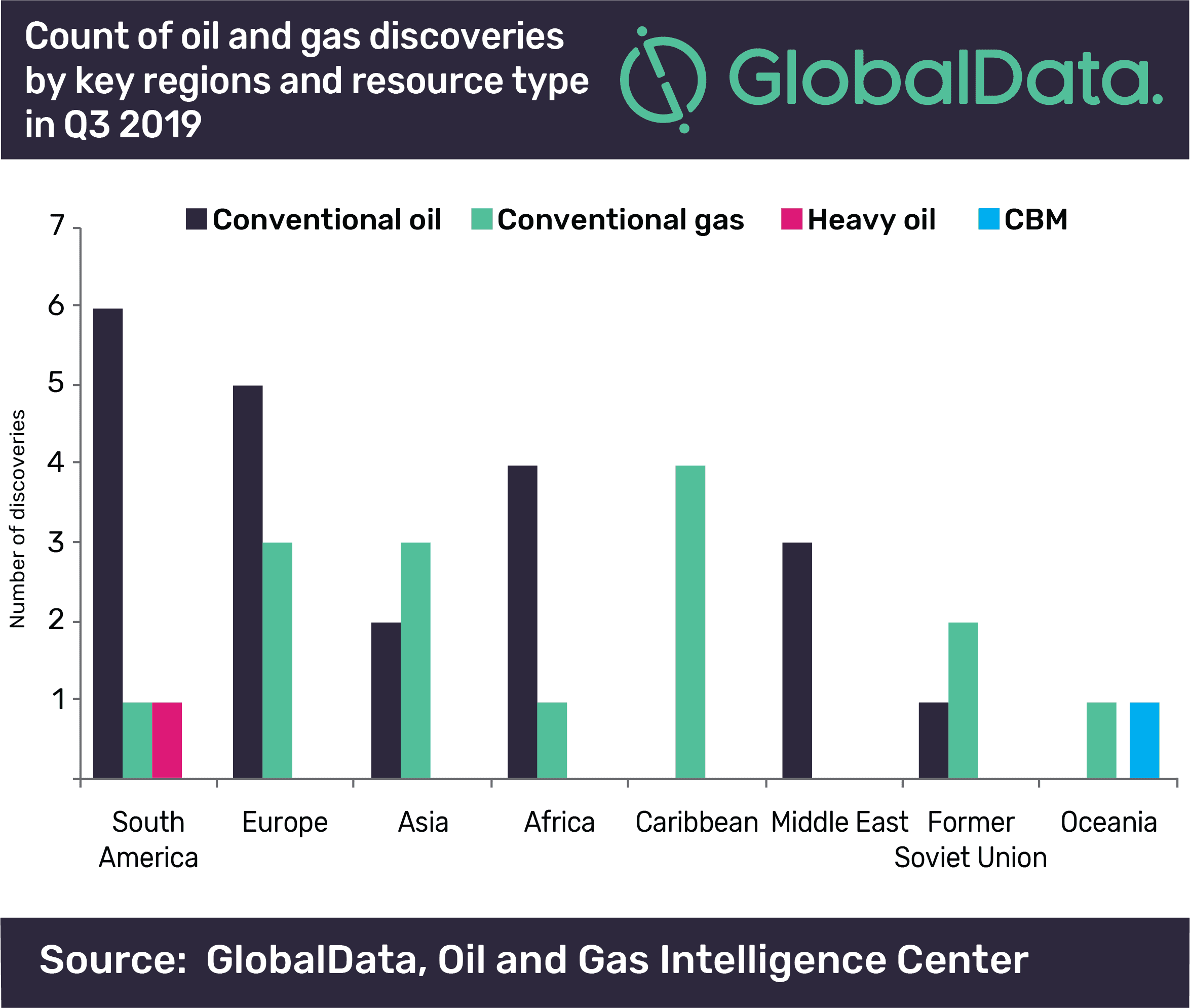 South America and Europe led globally with the highest number of oil and gas discoveries during the third quarter (Q3) of 2019, with eight discoveries each during the quarter, according to GlobalData, a leading data and analytics company.

GlobalData’s report: ‘Q3 2019 Global Oil and Gas Discoveries Review – South America and Europe Dominate with Highest Number of Discoveries in Quarter’ reveals that a total of 38 oil and gas discoveries were made globally in Q3 2019.