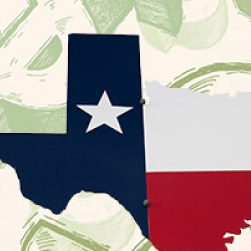 In south central Texas, the prolific Eagle Ford shale has created an oil and gas boom that is directly affecting San Antonio and the counties that lie in the surrounding area. In just five short years, the Eagle Ford play has progressed at a rapid pace.

The Eagle Ford shale ranks as the largest oil and gas development in the world based on capital investment, according to a Wood Mackenzie report released in January 2013. It is a hotbed of industry activity, from record drilling levels to high-producing wells. The play is redefining the nation’s energy map – so much so, that international companies are eager to play a part in America’s new energy play. This play is a hydrocarbon producing formation that holds both gas and more oil than other traditional shale plays, stated the Railroad Commission of Texas. It is a 50 mile-wide by 400 mile-long formation that trends across Texas from the Mexican border up into East Texas with an average thickness of 250 feet. It is projected that almost $30 billion will be spent in 2013 developing the play, which is currently the most active in the nation, with more than 200 active rigs drilling, Baker Hughes said in a June 21 U.S. rig update.

Oil production in the Eagle Ford shattered a production record in March 2013 topping 500,000 barrels per day and producing 77 percent more crude oil in March than the same month of 2012, according to Bloomberg News. “The Eagle Ford shale represents a tremendous change for south Texas, and we are experiencing a lot of that change in Bexar County and San Antonio,” said San Antonio Economic Development Foundation President Mario Hernandez, to Rigzone. “The oil and gas industry has added thousands of jobs to the area and is fueling our job training programs by encouraging curriculum enhancements to meet the needs of the industry.”

Furthermore, the shale play and its activity are severely impacting the 14 counties that surround the shale play area. In 2011, these impacts translated into nearly $20 billion in output, 38,000 full-time jobs, $10,800 billion in gross regionally product, $211 million in local governments’ revenues and $312 million in state revenues, according to a 2012 study, “Economic Impact of the Eagle Ford Shale,” conducted by the Center for Community and Business Research at the University of Texas at San Antonio.

“These benefits are transforming the economies of the region with short- and long-run changes that will both benefit and challenge local governments,” the report stated. This study also indicated that this trend will continue and may rise to $62 billion with a high probability of $96 billion in the next 10 years.

By 2021, the study estimates that the Eagle Ford shale could support:
•More than 82,000 jobs in the 14 counties, up from 38,000 in 2011
•Generate $6 billion in salaries and benefits paid to workers
•Contribute $1.6 billion in state revenues and $888 million in local government revenues

If these numbers seem high, the study provided examples of employment changes for the time period between 4Q 2009 to the 4Q 2011 for all 14 counties. During this period, employment in these counties increased by 14,237 jobs, resulting in a 9.2 percent increase.

“This growth is more than double the employment growth in the state of Texas of 4.3 percent for the same period,” the study added. “In the 14 counties, in terms of employment growth, the most important industry was the natural resources and mining group (51.5 percent increase)”

Which Jobs Are Needed?

There are varying levels of labor demand and evolving types of labor demanded, the report added. Going forward, education and training requirements for the workforce have to adapt and be flexible enough to accommodate the differing needs of the industry as it continues to grow and expand in the next decade or so.

“We are confident that our culture of business is creating a workforce that is ready to fill the many high-paying jobs that are becoming available because of the Eagle Ford shale,” said Hernandez. For instance, during the exploration phase of the Eagle Ford, counties will see a rise in the need for:

When a company shifts into the production and processing phase of operations, they will require:

Between 2010 and 2011, construction and extraction occupations show the largest increase in the 14-county region of the Eagle Ford shale play, the study reported. Occupations that dealt with exploration, drilling, production and midstream development felt direct and indirect impacts. During this time, Eagle Ford shale activity provided a total occupational impact of 11.4 percent.

But the number one ranked occupation that was impacted the most in 2011 were truck drivers, witnessing a 100 percent increase, and this study predicts that in 2021, truck drivers will continue to be the most relevant, witnessing direct and indirect effects of the Eagle Ford shale play.

“Overall, between 2010 and 2021, Eagle Ford development is estimated to impact occupations within the 14-county region by 23.5 percent,” the study added.

U.S. to Emerge as a Major Oil Pipeline Infrastructure Market by 2025