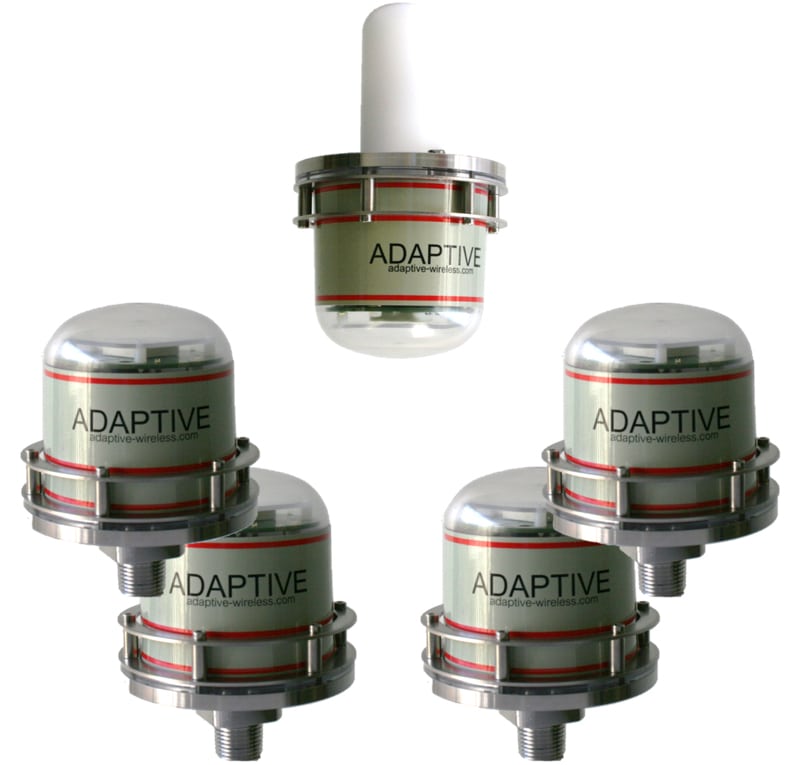 Used to monitor the operating conditions and health of industrial equipment from engines to motors, pumps, valves, and compressors, wireless instrumentation is often used in conjunction with control systems as well as for predictive and preventative maintenance programs.

However, with hundreds – even thousands – of these devices at a single plant site, the cost and resources to replace batteries 6-8 times over the lifetime of each unit can often exceed the initial investment several times over.  In addition, it places an unwanted burden on maintenance personnel while also increasing risk of injury when replacing batteries in units located in remote or hazardous areas.

To address this concern, WirelessHART instrumentation is now available with batteries that are expected to last the entire life of the device.

This dramatic extension of battery life is not the result of more advanced, longer-lasting power sources, but rather a careful, microsecond-by-microsecond analysis of the unit’s power consumption along with clever engineering to keep that usage to an absolute minimum.

For an industry in which battery replacement is an accepted consequence of installing wireless sensor networks, removing the need for this task entirely from the equation significantly reduces the lifetime operational costs.  It also removes one of the primary barriers to broader implementation for many process facilities.

To fully appreciate the escalating costs associated with battery replacement, a close examination of the numbers involved is required.

Most batteries used for this type of application are expected to last 2 years, on average.  With the life of wireless instrumentation estimated at 12+ years, 6 or more replacements must be purchased for each device.

For this example, assume a typical battery pack is $150 and factor in an hour to change a battery at $100/hr.  Considering an instrument node is $1500, by the end of its life battery replacement is twice the initial investment.

Now consider the same figures at scale.  Multiplied by 500 instruments, that equates to 3000 batteries at a cost of roughly $750,000 with labor included.

Even at one battery the cost savings is significant, particularly in terms of time and convenience, but when you consider 500, it is very compelling indeed. There are projects that involved as many as 5000 devices.

In many cases operational circumstances require batteries to be replaced sooner than every 2 years, further escalating the costs.

Most instruments provide a warning when battery power is low.  When this occurs, personnel proactively replace the battery before it runs out completely.  In addition, there are logistical advantages to replacing batteries of similar age in nearby instruments at the same time.

If you don’t change out batteries proactively, you run some risk. You could get a low battery warning from a neighboring unit a day after you leave the area.  So, there can be some benefit to replacing all the batteries in an area and that means extra batteries.  But that is another problem that is eliminated altogether with a lifetime battery solution.

Naturally, the amount of power consumed by a device depends on the application and the environment.  What is known, however, is that wireless devices connected to networks consume quite a bit of power.

However, most network communication is not as predictable and can go from dormant to large spikes in power consumption every time a signal is sent or received.  When, and how much power varies, but the more frequently information is transmitted or received from the network, the more power that is burned.

Making judgments about power consumption is incredibly difficult.  It is not just a light bulb burning the same power second after second.  It is extremely dynamic and can spike to a thousand times more consumption in one microsecond than the next.

Even transmissions specified at user-defined intervals, such as for instrumentation that takes ongoing measurements, impact how long the battery will last.

Some manufacturers specify battery lifetimes using readings every 32 or 64 seconds in an attempt to provide a reasonable battery life.  For our equipment, which monitors the operating conditions of engines, motors, pumps, valves, and compressors, a more ideal repetition rate is every 4 seconds.

If you specify every four seconds, 8-16 times the power is used.  At that rate, most batteries would only last a few months, but ours last at that rate for more than 12 years.

This underscores the reason that Adaptive Wireless Solutions, a manufacturer of wireless instruments, has invented new techniques to minimize power consumption and increase battery life to the full life of the instrument.  As if to prove the point, the wireless instruments come with built-in batteries that are not replaceable.  Replacing a unit with a fully warranted new one is preferable to buying and throwing away batteries on an old unit.

To do this, advanced software and hardware was used to allow product designers to examine the power consumption of its wireless instruments on a sub-microsecond-by-microsecond basis.  This provided invaluable insight, identifying areas in which power could be better conserved.

The truth is that most instrument manufacturers can’t provide real numbers on power consumption and battery life, because they just don’t know the answer.  At Adaptive they chose to investigate all power usage, and look for accumulative efficiencies in every facet of the device operation.

Among the technologies implemented was a unique software architecture that not only turns the unit on and off automatically when not transmitting or receiving, but also turns the inherent processing on and off as well and does so very rapidly with minimum wasted time.  This approach to energy conservation is similar to cars that conserve gas by shutting the engine off at traffic stops or during extended idling.

Because the instrument nodes are part of a larger WirelessHART network, this radio connection is unavoidable and still requires significant power.

To keep this connection to an absolute minimum, Adaptive Wireless also re-designed its instruments to be separated into two parts: the end node (with highly accurate sensors at the read point) and the central controller, which contains the WSN antenna.

As its name implies, BLE utilizes much less power.  But the real power savings comes from saving the 8 end nodes from having to connect directly to the WirelessHART network and only utilizing the central controller for that connection.

Keeping personnel out of hazardous environments

Batteries that last the lifetime of the instrument have additional advantages beyond dramatically reducing costs.

In many cases, wireless instruments are used in hazardous environments and so are certified as intrinsically safe (IS) or explosion-proof (XP).  Given the environment in these plants, there can be a benefit to eliminating the need for plant personnel to spend hours installing replacement batteries – not to mention eliminating travel back-and-forth to the site.

The logistics of moving people in and out of the field is a safety concern for many process industries.  These are areas where workers are exposed to hazardous materials and gases.  When you don’t have to send someone to the field, you have made a gain.  That should not be minimized.

Phil Hunt is president of Adaptive Wireless Solutions, a manufacturer of wireless instruments that provide critical information on temperature, pressure, level, flow and humidity to wireless sensing networks, including WirelessHART and other 802.15.4 networks. Hunt is an expert in the industrial automation industry.