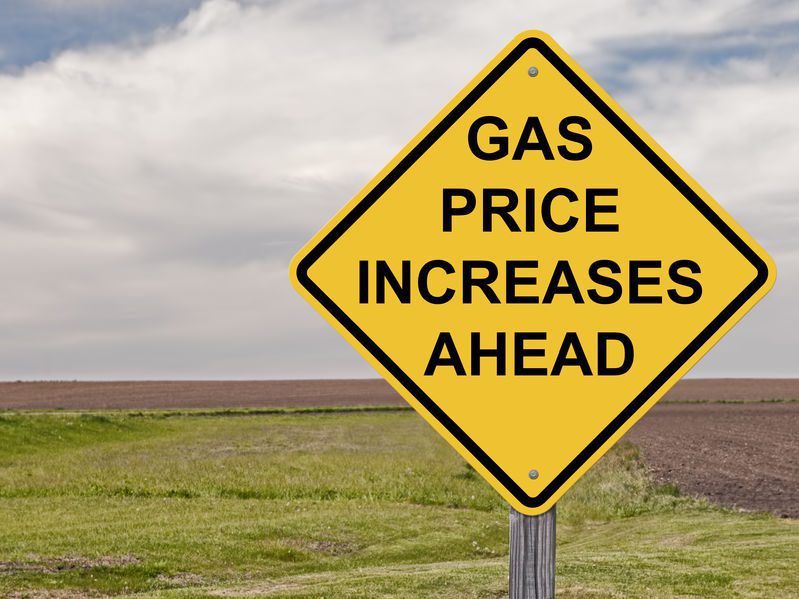 Gasoline and diesel prices are rising.

The Energy Information Administration (EIA) reports the average retail price of gasoline was $2.69 per gallon on April 9, which is up 27 cents from the same period last year. Diesel prices are up 46 cents compared to 2017 to a U.S. retail average of $3.04.

EIA forecasts the average gasoline price will increase another nickel this summer (April to September) to $2.74.

The increase in price is primarily attributed to the rise in crude oil prices and the inventory decline of crude oil, gasoline and distillate in the U.S.  Crude oil settled at $66.52 on April 17 on the New York Mercantile Exchange (NYMEX) for 30-day delivery, which is up $13.87 (26%) from last year. Crude oil stocks have declined 20 percent compared to last year.

EIA stated that worldwide inventories have declined, also. “Crude oil prices have increased this year, in part because of extensions to the coordinated crude oil production reductions by the Organization of Petroleum Exporting Countries (OPEC),” EIA’s Short-Term Energy and Summer Fuels Outlook stated.

In addition to seasonal variations there are regional differences, too. “Regional differences in retail gasoline prices can be significant, and EIA forecasts average summer prices to range from a low of $2.45 per gallon on the Gulf Coast to $3.22 per gallon on the West Coast,” the report stated. “Prices on the West Coast are often the highest in the country because California requires a blend of gasoline that is relatively costly to produce, and some states in the region have higher state tax rates than the national average. Gulf Coast prices are often among the lowest in the country because the region generally has low state tax rates and abundant gasoline supplies, as it is home to about half of all U.S. refining capacity.”

Even though EIA predicts an 11 percent increase in gasoline prices this summer, the agency pointed out that gasoline prices, like crude oil, can be volatile. Just four years ago gasoline prices were about $1 more than the predicted average U.S. retail price of $2.64 for 2018.