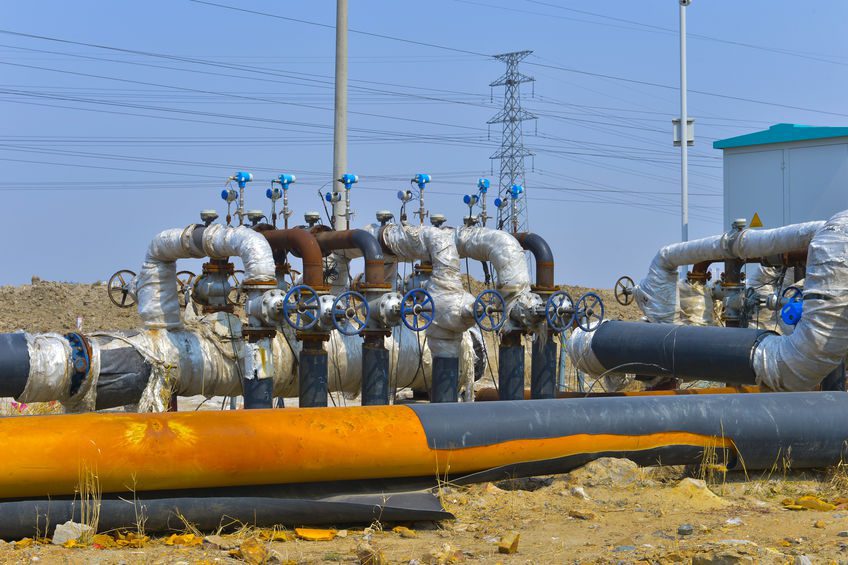 For instance, various oil reserves were discovered across Norway, Oman, Cyprus and the U.S in 2018, out of which most of the fields across Cyprus and Guyana were ultra-deep-oil fields. Moreover, ongoing discoveries of several potential fields will further boost product demand in the coming years. The oil pipeline infrastructure market size is forecast to reach USD 135 billion by 2025.

A surge in requirements to replace the aging infrastructure and ongoing refurbishment projects have prompted massive product demand. However, stringent regulatory initiatives norms along with the rising number of protests from the regional activist groups may hinder various pipeline projects in the future.

The need for establishing a reliable oil transport network across developing countries is mounting, which is likely to fuel the demand for oil pipeline infrastructure from transmission lines. Strict standards set by governments across the globe regarding maintenance of the quality of raw material have also instigated the replacement of pipelines. Governments are procuring substantial funding for upgradation of existing assets as well as for an increasing number of greenfield projects.

The rise in production from subsea oilfields has resulted in proliferating demand for offshore oil pipeline infrastructure. The introduction of flexible trade policies, increasing industry consolidations for joint development of oil rich fields or access to foreign reserves will complement the industry landscape.

In addition, ongoing upgradation and replacement projects are also supplementing industry share. For instance, McDermott International publicized its air and saturation drive in 2018, for an offshore pipeline development project, in order to replace several pipeline assets.

The Middle East is expected to evolve as a major revenue pocket for the global oil pipeline infrastructure industry. Key market players including Qatar and Iran are outspreading pipelines towards Europe in a bid to get away from dominance by Russia. Major oil pipelines across the region are expected to start operations by 2022, including the Goureh-Jask pipeline and the Naeen-Rey pipeline with a length of 1,100 km and 420 km respectively.

In 2018, the U.S. oil pipeline infrastructure industry size exceeded the cumulative installation of 450,000 km. Robust investment in infrastructure development along with upgradation of drilling technologies will stimulate pipeline deployment across the region. The majority of the fields across the North East of the U.S. and Texas, including the Permian Basin, began production in 2019. Substantial offshore funding resulting in increasing rig count across the region will augment the development of the pipeline network.