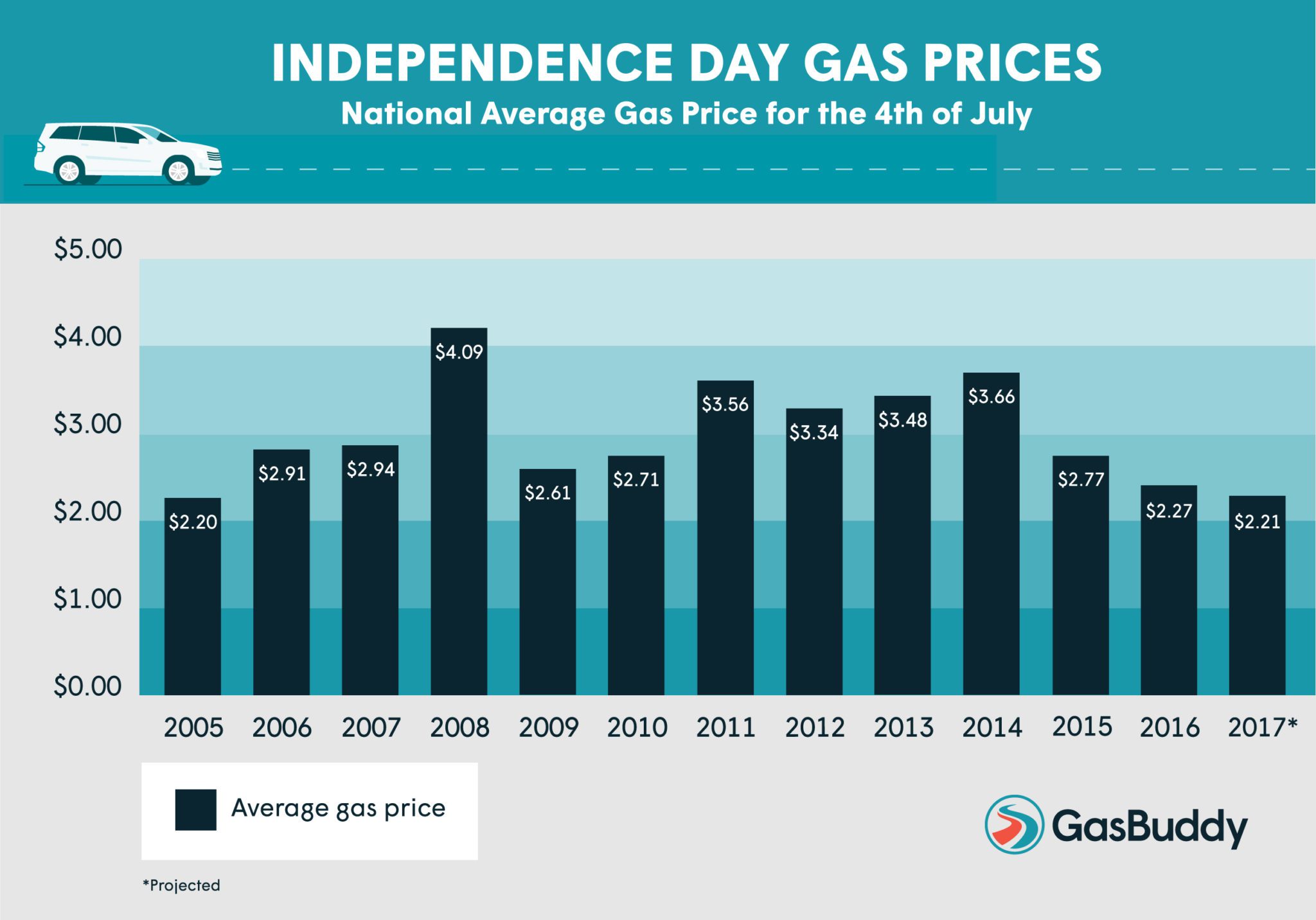 Motorists taking to the road for the July 4 holiday weekend will be benefitting from the lowest Independence Day gas prices since 2005, paying an average of $2.21 per gallon, well under the 10-year average of $3.14, according to GasBuddy.

Although average gas prices are at historic lows, the price variance — “spread” in industry parlance — in gas prices in any given city on July 4 will be at historic highs. This means there is a higher chance consumers will overpay at the pump over the holiday weekend.

“It’s thrilling to see gas prices falling just in time for the most-traveled summer holiday. Perhaps we can finally get rid of the myth that gas prices go up for the holiday,” said Patrick DeHaan, GasBuddy senior petroleum analyst. “Most importantly, motorists are getting a well-deserved break at the pump after years of high summer gas prices. This is like Christmas in July, instead of seeing fireworks at the pumps like we saw just a few short years ago.” 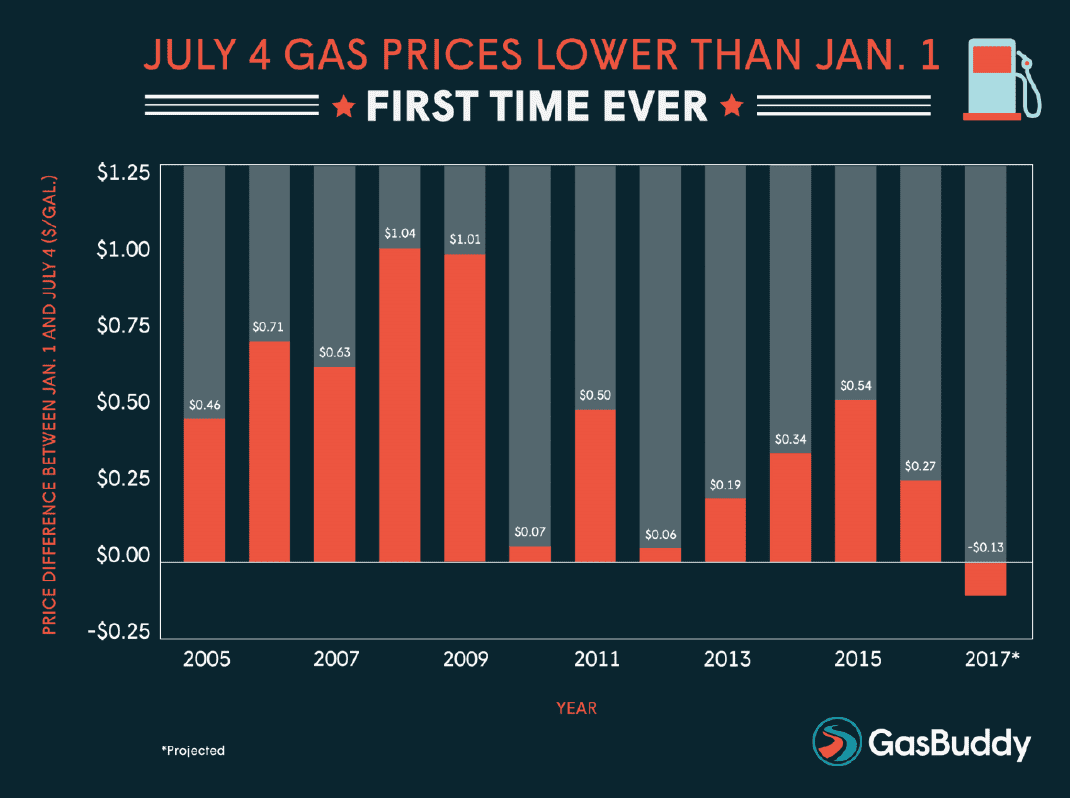 While gasoline prices have fallen to new seasonal lows just ahead of July 4, that’s not the only record to talk about: for the first time in GasBuddy’s 17-year history of tracking fuel prices, the national average gas price is poised to be lower on July 4 than it was on New Year’s Day by 12 cents. Over the last decade, the national average has been as much as $1.04 per gallon higher on July 4 than New Year’s Day while the average year sees prices 47 cents higher on the holiday.

MFG Chemical Staffs Up for US and New Export Business