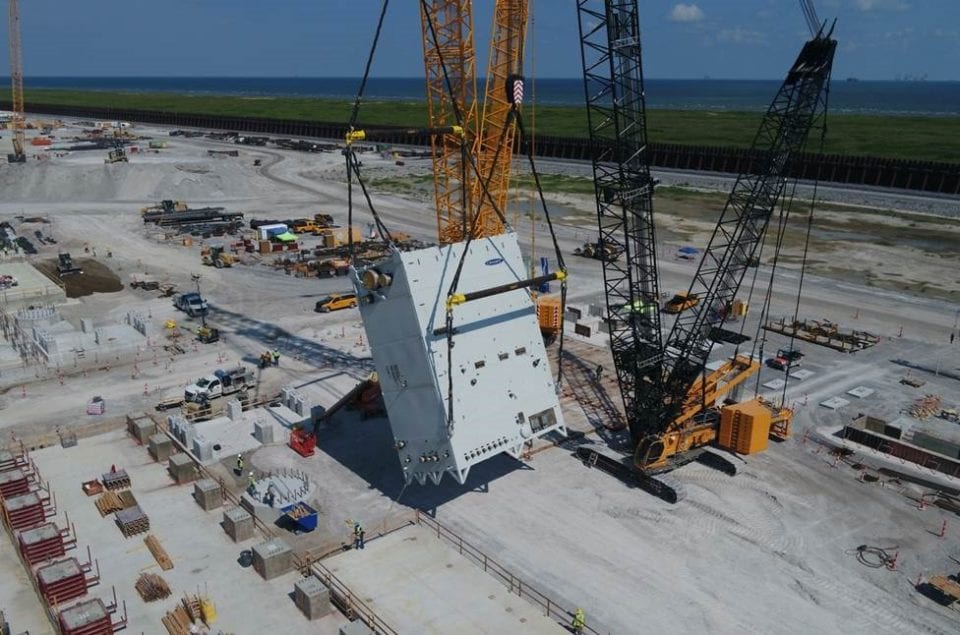 Arlington, Virginia – Venture Global LNG, Inc. is proud to announce that Calcasieu Pass LNG has begun installing the first equipment to liquefy natural gas at its export facility under construction in Cameron Parish, Louisiana.  Yesterday, the company received and began setting in place two Chart Industries, Inc. (GTLS) brazed aluminum heat exchangers, also known as cold boxes, which are the first of eighteen cold boxes that will be part of the Calcasieu Pass LNG liquefaction process system.  The cold boxes, made in the USA, were delivered more than four months ahead of schedule and a mere ten months after the project’s final investment decision (FID).

Installing the first modules of the process system is an important milestone for the project, which is composed of eighteen mid-scale, modular liquefaction trains, factory-fabricated in Italy by Baker Hughes.  Co-CEOs Bob Pender and Mike Sabel jointly stated, “We are extremely impressed with the early delivery and execution by Chart Industries and appreciate our collaboration with them.”