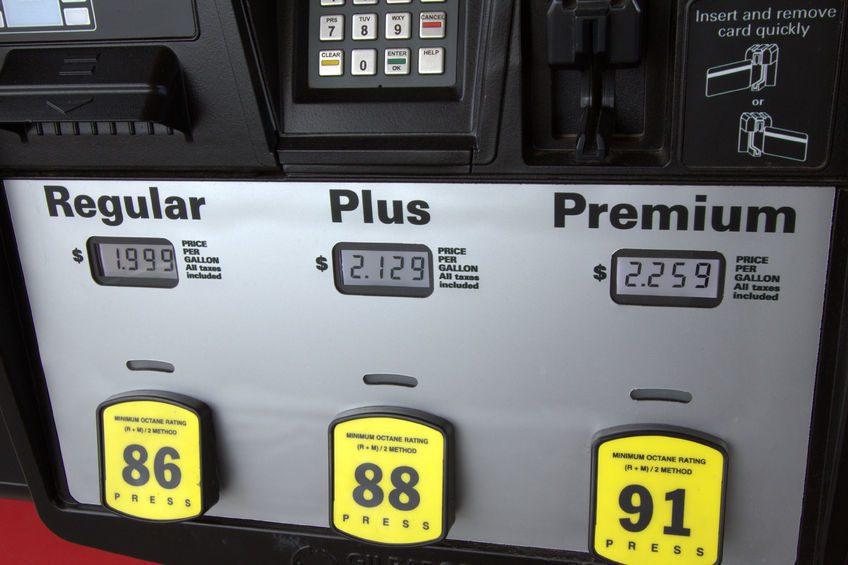 BOSTON – Gasoline prices are at their highest levels since 2014 and will continue to rise through Memorial Day. With many metro areas across the nation seeing prices more than $3 per gallon, GasBuddy, the only smartphone app connecting drivers with their Perfect Pit Stop, today issued a new study that found the best and worst days of the week to buy gas to maximize savings at the pump and avoid the lines during the busy summer travel season. 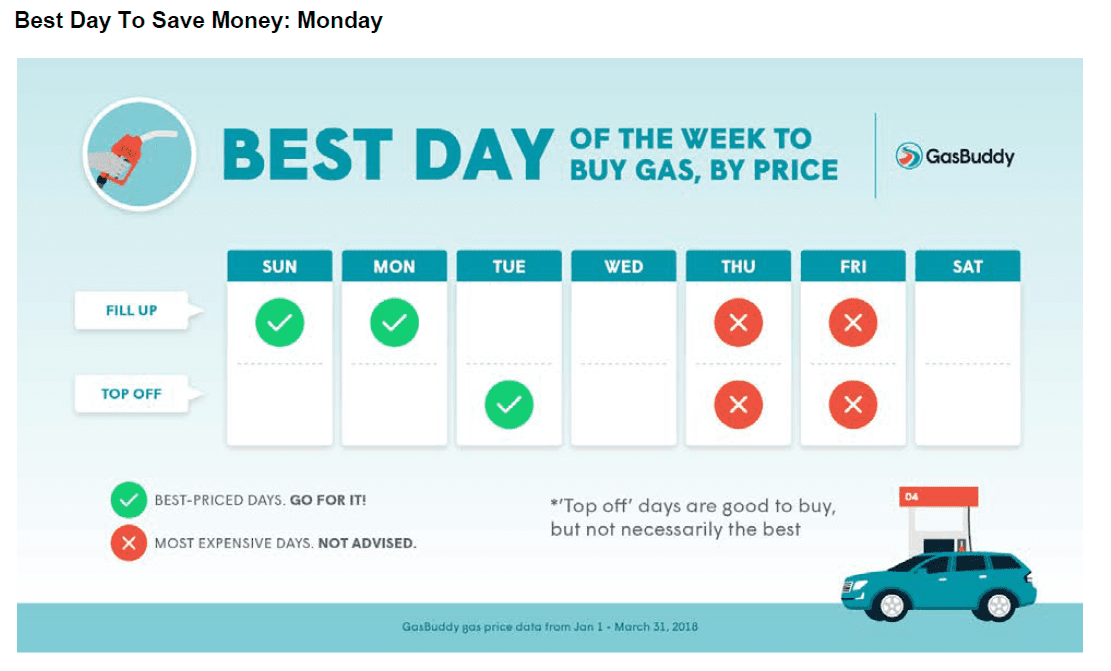 “The case of the Mondays” is not a thing when it comes to pumping gas. GasBuddy analyzed gas price data from the period of January- March 2018 and found that the first day of the work week offers the lowest average gas price in 21 states, making it the best day to fill-up. Friday is the worst day to buy gas in 19 states, having the most expensive average.

“Though there is variation in daily gas prices across different states, the consensus is that the earlier motorists fill-up during the week, the better,” says Patrick DeHaan, head of petroleum analysis at GasBuddy. “Following Monday, Sunday is the cheapest day to fill-up.  Conversely, Thursday follows Friday as the most expensive day to fill-up.”

Monday was also the best day to buy gas in 2017, according to GasBuddy’s previous study. 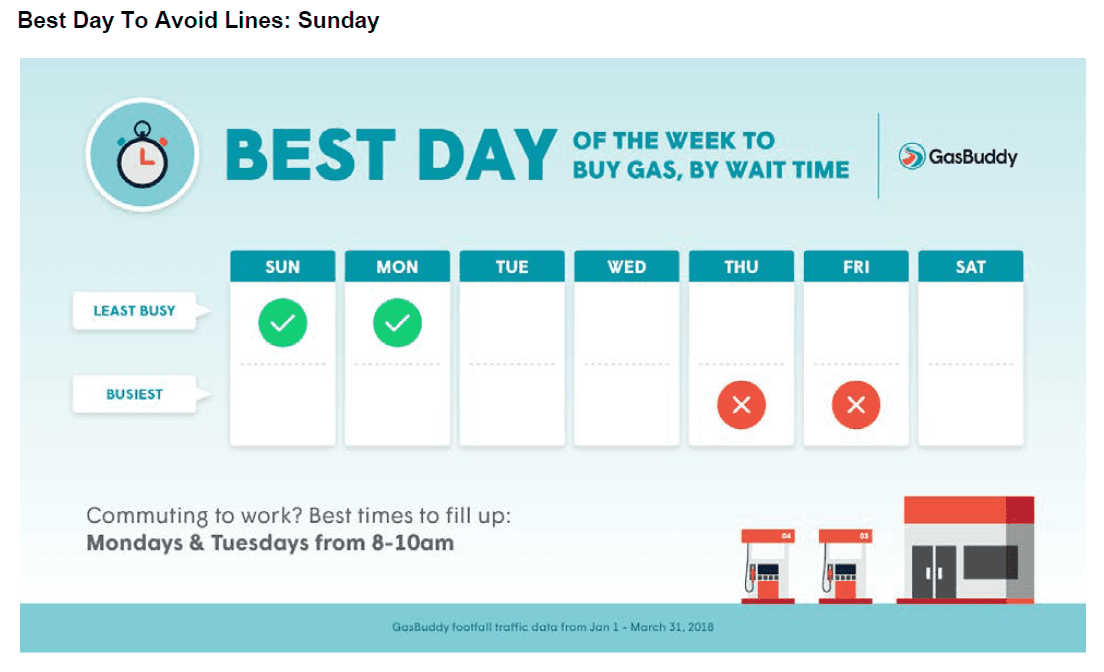 Don’t like waiting in line? GasBuddy also analyzed GasBuddy foot traffic data in the same timeframe and found that gas stations across the country are least busy on Sundays, followed by Mondays. Friday is the busiest day.

“Consumers are missing a big opportunity at the pump when it comes to saving time and money,” says DeHaan. “Our data shows that most motorists are filling up on not only the most expensive day, but the busiest. Having a tank of gas last until Sunday or even Monday each week can collectively save drivers $2.6 billion, and spare the headache of not being able to find an available pump.”

Commuters looking to avoid the lines should fill-up on Monday or Tuesday between 8 – 10 a.m.

GasBuddy is a smartphone app connecting drivers with their Perfect Pit Stop. GasBuddy is the leader in crowdsourced information to help drivers find the best gas prices, closest stations, friendliest service, cleanest restrooms, tastiest coffee and much more. GasBuddy is the leading source for the most accurate, real-time fuel prices at more than 140,000 gas stations in the U.S, Canada and Australia. The Company’s B2B Retailer Software-as-a-Service (SaaS), known as GasBuddy Business Pages, provide Fuel Marketers and Retailers their best opportunity to maintain their station information, manage their brand, and promote to their target consumer audience.

National Hydrocarbons Commission Results of the First Tender of Round Three