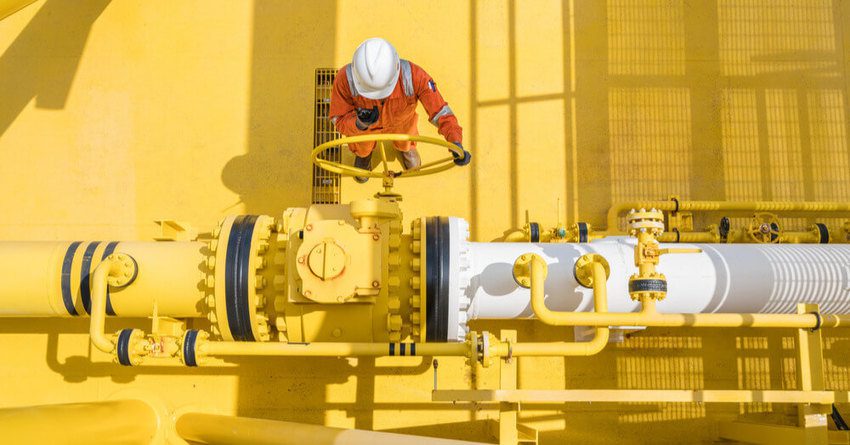 The OOC (Oil and Gas Blockchain Consortium) has announced that it has successfully completed testing blockchain distributed ledger software that will allow for the automation of waterflow payments, as well as reducing the time taken for the process from 90-120 days to less than a week. The promising results of the pilot were announced this morning, adding the oil and gas industry to the list of sectors that have developed an interest in blockchain-based solutions.

The pilot was conducted at the Bakken shale field in North Dakota by the OOC and Texas-based blockchain-as-a-service company, Data Gumbo, in partnership with water disposal company Nuverra Environmental Solutions. The OOC consists of ten crucial players in the oil and gas industry, including Chevron, ConocoPhillips, Equinor, ExxonMobil, Hess, Marathon Oil, Noble Energy, Pioneer Natural Resources, Shell and Repsol. The project involved five Equinor wells and the involvement of a water logistics and transportation company and a midstream disposal firm.

The process of oilfield water handling requires managing huge amounts of water that is extracted or injected in the process of oil and gas extraction. The blockchain solution implemented during the test eliminated nine steps in the workflow, and significantly reduced the time taken to complete the process.

The group also mentioned that the blockchain-based network automatically validated 85% of all volume measurements and triggered smart contracts for invoice transactions that allowed the release of payment as the work was completed. Additionally, it was also successful in freeing up 25 – 30% of resources for the operator and trucking company.

Rebecca Hofmann, Chairman of the Oil & Gas Blockchain Consortium said that “The results of this pilot prove that non-manned volume validations can trigger automated payments to vendors, and showcase the opportunities that exist for blockchain to reduce costs, increase efficiency, provide transparency and eliminate disputes in the oil and gas industry.”

She added that the process to move forward with the technology is being accelerated due to the crash in oil prices caused by the coronavirus pandemic.  She further hinted that the adoption may occur by the end of the year, and explained that the solution could save millions of dollars for the industry.  “Equinor and others in the consortium are seeing the value and investigating how this can be implemented to bring much-needed cost savings back into their companies,” she concludes.

The solution not only enhanced collaboration between a diverse set of service providers, but also proved itself to be cost-effective for all. Further, it has enabled all stakeholders to proceed with transparency and eliminated any needs for reconciling. After the success of this project, it is reported that the OOC plans to expand the use of blockchain technology to create solutions in other commodities and services as well.

Sourced through Scoop.it from: coinjournal.net