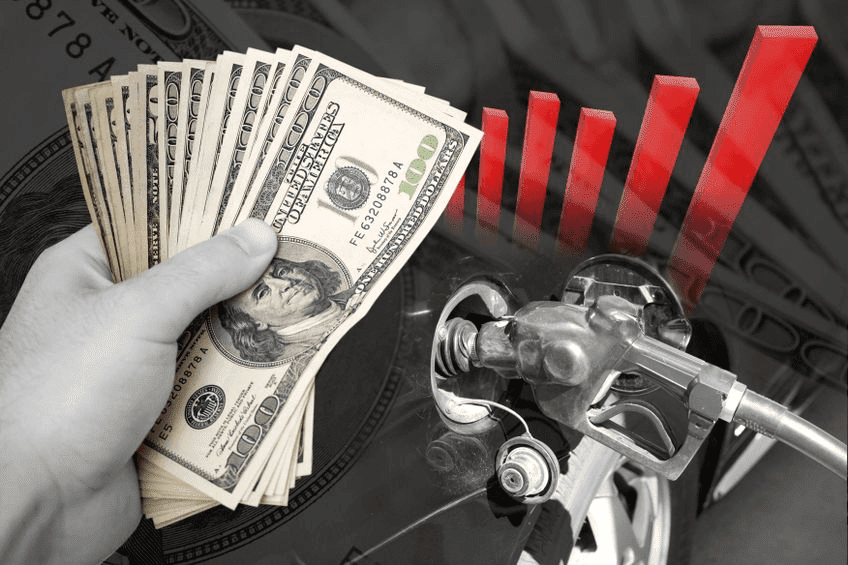 The price of petroleum products hit near-record levels this week as demand remains strong and supplies struggle to keep pace.

The Energy Information Administration (EIA) reports the U.S. average retail price of regular gasoline was $4.59 per gallon on May 23, the highest inflation-adjusted (real) price since 2012 and the fourth-highest price on record.

The price of crude oil, the largest component of the price of gasoline, has been rising for two years since hitting a low of $19 per barrel on April 21, 2020, as petroleum demand increased faster than production, EIA stated.

“At the time of Russia’s full-scale invasion of Ukraine, global petroleum supply and demand balances were already relatively tight, limiting the market’s ability to absorb the potential loss of Russia’s crude oil volumes (including volumes lost due to sanctions),” EIA said. Crude oil has increased $17 since Feb. 23, the day of the invasion.

Demand for gasoline in the United States (measured as product supplied) increased from a low of 5.9 million barrels per day (b/d) in April 2020, early in the COVID-19 pandemic, to 8.6 million b/d in February 2022, the latest monthly data available, according to EIA.

Gross inputs into U.S. refineries fell to 13.3 million b/d in April 2020, down from 16.7 million b/d in April 2019, EIA said. With the exception of a major winter storm in February 2021 that forced many Gulf Coast refiners to shut down, gross inputs into refineries have generally increased since 2020 to meet the rising demand for petroleum products, including gasoline.

Refinery utilization is at the top of the five-year range, indicating that refineries may be running closer to maximum capacity utilization than gross inputs alone would indicate, EIA stated.

“This combination of high crude oil prices and low or falling gasoline inventories is contributing to the high retail gasoline prices heading into Memorial Day weekend,” EIA stated. “AAA forecasts that despite the high gasoline prices, 34.9 million people will travel 50 miles or more from home this Memorial Day, down 7 percent from 2019 levels but up 5 percent from 2021 levels.”