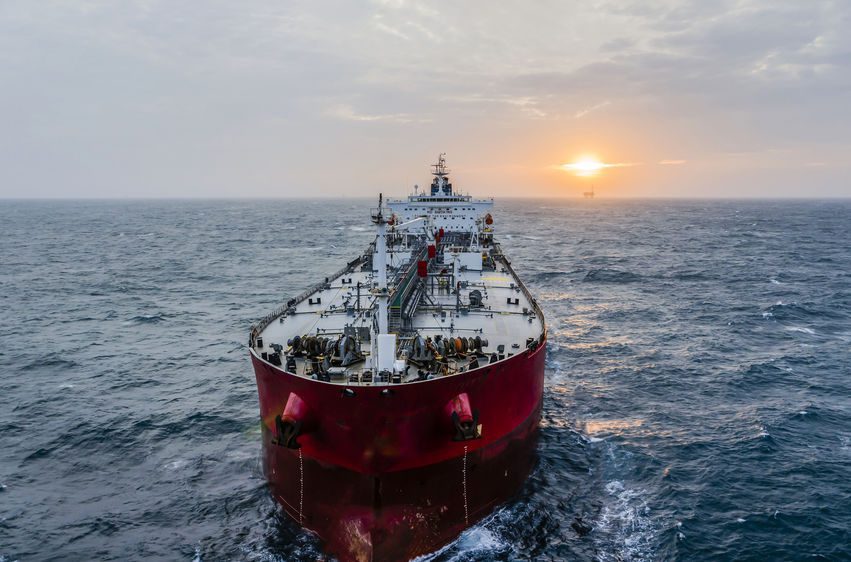 The rates for chartering very large crude carriers (VLCCs) has surged exponentially due to a spike in demand for long-term offshore storage of crude oil following the Organization of Petroleum Exporting Countries’ (OPEC’s) disagreement with Russia over the impact of the coronavirus (COVID-19) and the resulting oil price crash, according to leading data and analytics company GlobalData.

GlobalData’s report, ‘How Oil Tanker Rates Moved since the COVID-19 Outbreak’, reveals that tanker rates initially declined in February 2020, amid subdued demand for crude oil and petroleum products following the outbreak of COVID-19. However, following the spat between Russia and Saudi Arabia, the latter announced an aim to lift its crude output by over two million barrels per day (mmbd) from April 1, 2020.

Ravindra Puranik, Oil & Gas Analyst at GlobalData comments: “The prospect of excess crude supply, at a time when global crude demand is already slowed, led to around a 30% crash in oil prices in mid-March. As a result, oil producers and traders started leasing VLCCs to store low-cost crude oil creating a contango situation.

“This situation was aggravated further after Bahri, the national shipping carrier of Saudi Arabia, chartered 19 VLCCs from the spot market. On March 12, the VLCC rates from Persian Gulf to China route surged up to US$175,000 per day from an average of US$22,500 per day on February 3.” 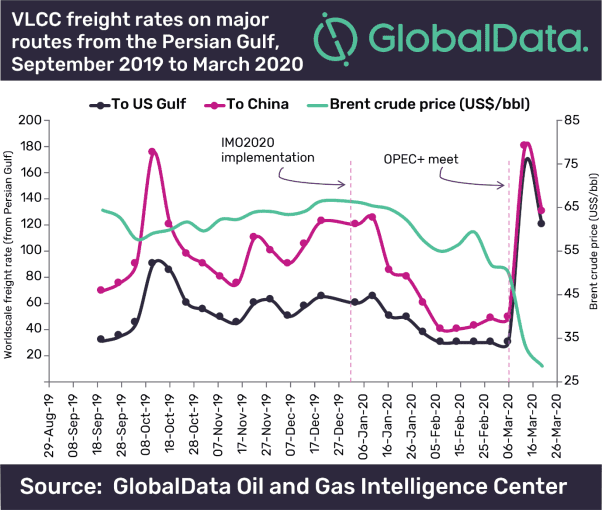 Following the exponential rise in during the week ended March 13, tanker rates began reducing somewhat last week. As of March 20, 2020, freight rates from the Persian Gulf to the U.S. Gulf came down to WS120 levels, while the China route observed a decline to WS130 levels. This decline is primarily due to a weekly fall in demand for tankers, as companies were unwilling to charter tankers at such high rates.

Puranik adds: “With reports of COVID-19 cases declining in China, South Korea and Japan, which may support crude oil demand recovery from these markets, there is still a possibility of the OPEC adopting crude oil production cuts – either on its own or by collaborating with Russia or the U.S. In such an event, oil prices may improve, even with the prevailing spread of COVID-19, in different parts of the world – if volume of production cuts is substantial. It might prompt oil producers and traders to reconsider their plans for leasing tankers for longer term, thereby easing their rates along the key routes.”