The global liquefied natural gas (LNG) liquefaction sector is reeling under the pressure of falling oil and gas prices, weak LNG demand and poor global economic outlook. Consequently, LNG developers have started relooking at their strategies and capex plans for 2020. This could lead to postponement of financial investment decisions (FIDs) and construction delays of some of the upcoming projects, says GlobalData, a leading data and analytics company.

Soorya Tejomoortula, Oil and Gas Analyst at GlobalData, comments: “The global LNG sector was already witnessing an LNG supply glut and weak demand before the outbreak of COVID-19. The fall in gas prices and further weakening of LNG demand after the COVID-19 outbreak has accelerated this trend.

“The structural shift of LNG buyers favoring short-term contracts with smaller volumes can also increase the risk of FID delays and project cancellations. LNG developers typically rely on long-term contracts to secure financing for their projects.” 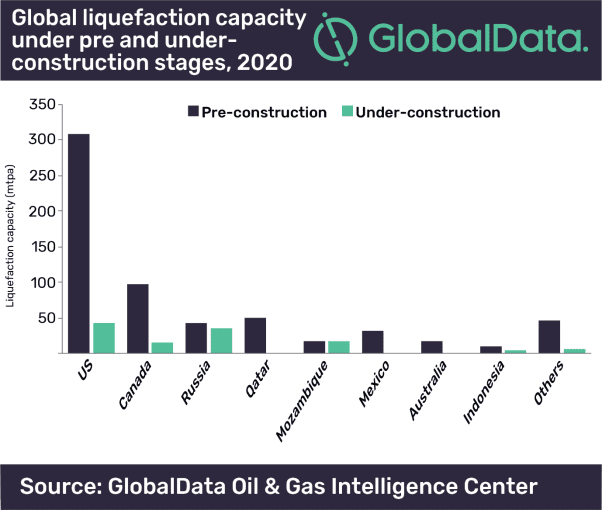 Tejomoortula concludes: “The instances of Royal Dutch Shell withdrawing from the Lake Charles II project in the U.S., and Woodside Petroleum delaying Train 2 of Pluto LNG project in Australia indicates the current crisis situation has serious ramifications on the upcoming liquefaction projects.”