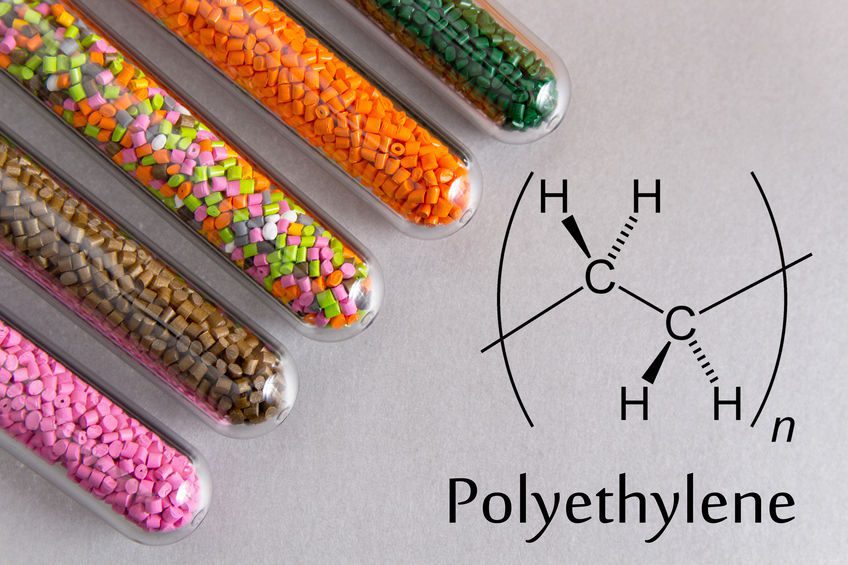 The collapse in crude oil prices is wiping out much of the U.S. petrochemical competitive advantage while global demand is being slammed by the continuing spread of the coronavirus. Financial markets are seizing up, throwing a wet blanket on new chemical investment and M&A activity, and ratcheting up the risk of a global recession.

“All things being equal, this [crude oil plunge] would tend to diminish competitiveness of U.S.-based petrochemicals but it also depends on by-product values from cracking naphtha,” said Kevin Swift, chief economist of the American Chemistry Council (ACC).

U.S. producers using cheap natural gas liquids (NGLs) feedstock have enjoyed a competitive advantage in polyethylene (PE) production versus their peers in Europe and Asia which largely use oil-based naphtha. However, with a major decline in crude oil prices, the U.S. advantage dissipates.

Linear low-density polyethylene (LLDPE), where the U.S. has been rapidly adding capacity mainly for export, is a good example. On 6 March, the variable margin on spot U.S. LLDPE from ethane feedstock was $666/tonne. That compared favorably to $632/tonne in northwest Europe and $312/tonne in Northeast Asia.

But that was before Monday’s collapse in crude oil prices.

What would a 20% decline in LLDPE prices do to U.S. margins? Let’s assume for this exercise the other factors – co-product credits, and feedstock and utility costs – stay the same (you’d reasonably think both would decline, offering somewhat of an offset). U.S. LLDPE margins would fall from $666/tonne, to just $275/tonne. A 30% decline in LLDPE prices under the same assumptions takes U.S. margins down to $197/tonne.

European and Asian producers would not see such a level of margin collapse, if at all, as the sharp fall in naphtha feedstock costs could largely offset a PE price decline.

However, it won’t be all roses for European and Asian producers.

“China’s economy is clearly in a major downturn, and recovery will take a long time, while they will still be completing their planned new capacity,” said Paul Hodges, chairman of consultancy International eChem.

“So northeast Asia/southeast Asia and the Middle East will have to compete in an oversupplied Asian market. In Europe, the brand-owner moves toward the use of recycled material are getting ever-closer, and the new EU Green Deal will probably accelerate this transition. The opportunities are instead for new business models to be developed, based on a more-service-based approach,” he added.

U.S. chemical stock prices cratered on Monday, with many far exceeding the 7.6% decline in the broader market as measured by the S&P 500.

The Demand Side of Crude Oil

How low can crude oil prices go? On Monday, Goldman Sachs revised its forecast for Brent to $30/bbl for Q2 and Q3 2020, and warned it could fall into the low $20s/bbl.

Hodges is more bearish. “The crude oil market seems horrendously oversupplied. We assume we are in for a repeat of 1985-1986, when the Brent price crashed from an average of $30/bbl in November to below $10/bbl by July. The difference this time is that we have a major increase in supply coming at a time when demand is cratering,” said Hodges.

A $10/bbl print for Brent would not be a surprise by the end of March, he noted.

Barring any resolution of the OPEC/Russia dispute on the supply-side that triggered the rout in crude oil, the demand side, hit hard by the coronavirus, should continue to weigh on prices and the outlook.

“The demand shock is of course coronavirus and what this means mainly so far in China, the world’s biggest consumer of crude oil… The damage to Chinese crude demand is significant enough to place downward pressure on oil markets for the next few months at least,” said John Richardson, ICIS senior Asia consultant.

“Nobody knows the extent of the demand shock elsewhere. But even assuming that China is fully back to work and will stay at work, it is sensible to plan for the virus spreading further overseas. This would result in sharp reductions in automobile, plane, bus and train journeys, along with weaker consumption of all the things made from oil, including petrochemicals,” he added.

Meanwhile, the global coronavirus spread, including now in the U.S., will increase the risk of recession, said the ACC’s Swift.

“We’ve been experiencing disruptions from the supply-side but with the potential for government or self-imposed quarantines, demand-side effects are being seen in travel, conference and meeting cancellations, etc. This particularly affects the service sectors,” said Swift.

The bond market is sending recession signals, with the yield on the benchmark 10-year Treasury plunging to a record low of 0.3% on Monday versus around 1.9% at the start of the year.

“The plunge in bond yields can signal a recession but this situation may reflect a flight to safety. That said… the odds of a U.S. recession have risen… from 25% to the 35-40% range,” said Swift.

Four key U.S. indicators to watch are industrial production, non-farm payrolls, real personal income less transfer payments, and real business sales. As these statistics are released with some delay, it is also worth monitoring weekly unemployment insurance claims. “This is where layoffs will first appear,” he added.

The collapse in crude oil prices will also likely have a net negative impact on the U.S. economy – a stark difference versus a decade ago.

The U.S. economy is far more exposed to the ups and downs of the oil market with the boom in shale oil and gas production. Much of this debt-fuelled boom is set to unwind. Expect bankruptcies to proliferate as many small to mid-size companies will not be able to refinance debt coming due.

That doesn’t just hit the oil patch – banks will pay a heavy price as well with knock-on effects on the U.S. economy.

For chemical companies, this is where those with clean balance sheets and capital discipline differentiate themselves – a strong financial position is exactly what’s needed for times like today.

While all chemical company stock prices will take a hit, those with higher leverage will feel the pain disproportionately.

On the mergers and acquisitions (M&A) front, new sales processes will likely be put on hold, while widening spreads in the credit market – particularly on the high yield side – could severely limit deal activity.

“Financial markets are likely to tighten and that is the lifeblood of deals. Debt financing could be harder to come by and that could further limit activity. Valuations would follow the markets lower,” said Leland Harrs, managing director at investment bank Houlihan Lokey.

“Some buyers will also take a more pessimistic view on the growth of the industrial economy but areas such as food ingredients, consumer products and healthcare will hold up better,” he added.

The Importance of Financial Management to the Oil and Energy Industry