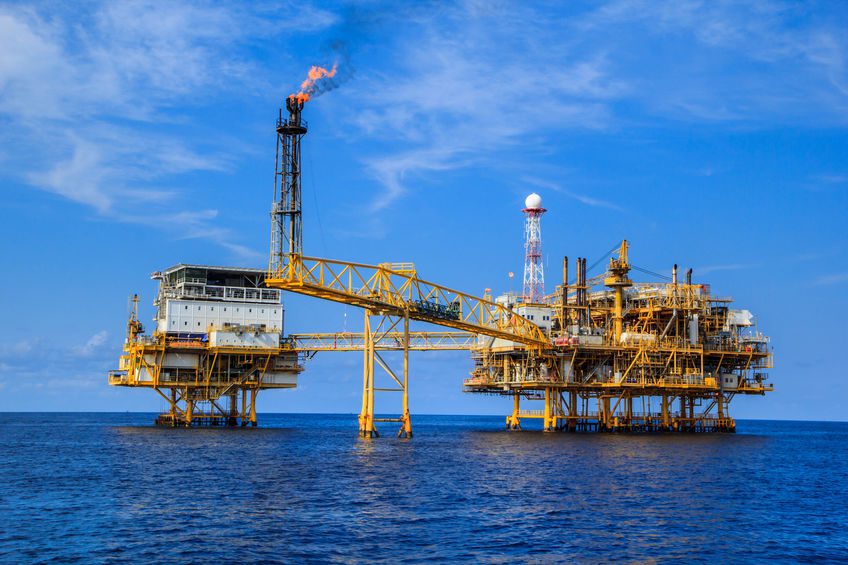 Offshore oil and gas is the extraction and drilling process of natural gas and oil from below the oceans floor. Natural gas and oil are extracted through the wells and then transferred by pipelines and ships to refineries. In 2013, the industry has faced a downfall in the price due to major environmental disasters which have taken place i.e., the Deepwater Horizon oil spill in the Gulf of Mexico.

However, it has been observed that the oil & gas sector is recovering. The global infrastructure and economies highly depend on the petroleum-based products which have led to an increase in the world’s dependence on oil and gas. It has been estimated that the world production of oil and gas is expected to increase because of growing demand which may result in the shrinking of the global economy and availability of oil.

The developing countries like China, Russia, and Brazil are increasing production and exploration efforts. However, geopolitical deliberations such as the ongoing dilemmas in Iran, Qatar, and Venezuela’s exit from the Organization of the Petroleum Exporting Countries will hugely influence oil and gas supply. The trend of alternative and renewable energy is another threat to traditional oil and gas companies coupled with the rise in governmental pressure and pro-eco legislation has the industry under more scrutiny than ever.

Electricity producing from offshore wind and solar power plants has increasingly become cost-effective and cheaper. According to the International Renewable Energy Agency, over 80% of newly commissioned renewable energy will be cost-effective and cheaper than new natural gas and oil sources. These factors are expected to hamper the growth of the offshore oil and gas market.

The oil and gas industry will continue to manipulate the politics and international economics, particularly in the U.S., the level of employment in the sector of  more than 10 Mn jobs, are supported and depend on the oil and gas industry. Recently, there has been a recovery in the industry as it enters its third year. The growth is predicted to increase at a significant rate due to increased upstream production which will continue to have a positive effect for midstream businesses. The crude price has also become stable at around $50/barrel.

Additionally, 1 million jobs are estimated to be made in 2019 and the number of active drilling rigs has increased to more than 780 as compared to previous years which were 591 in the U.S. The UK offshore sector is also expected to recover as there are planned 16 greenfield projects with recognized development plans and around 29 greenfield projects is estimated to start production between 2019 and 2025.

Geographically, the Offshore Oil and Gas Market report is segmented into North America, Europe, Asia-Pacific and Rest of the World. The Middle East and Africa are expected to grow at the fastest CAGR during the forecast period. The increasing growth is mainly because this region has the highest production of natural oil and gas which export to the other regions and countries as well. It has been estimated that around 30 Bn barrels are consumed each year, globally, mainly by developed economies. Oil also accounts for major energy consumption share regionally, Europe and Asia account for 32%, North America with 40%, Africa with 41%, and South America with 44% and the Middle East with 53%.

At Current Crude Oil Prices, Is It Too Late to Hedge?