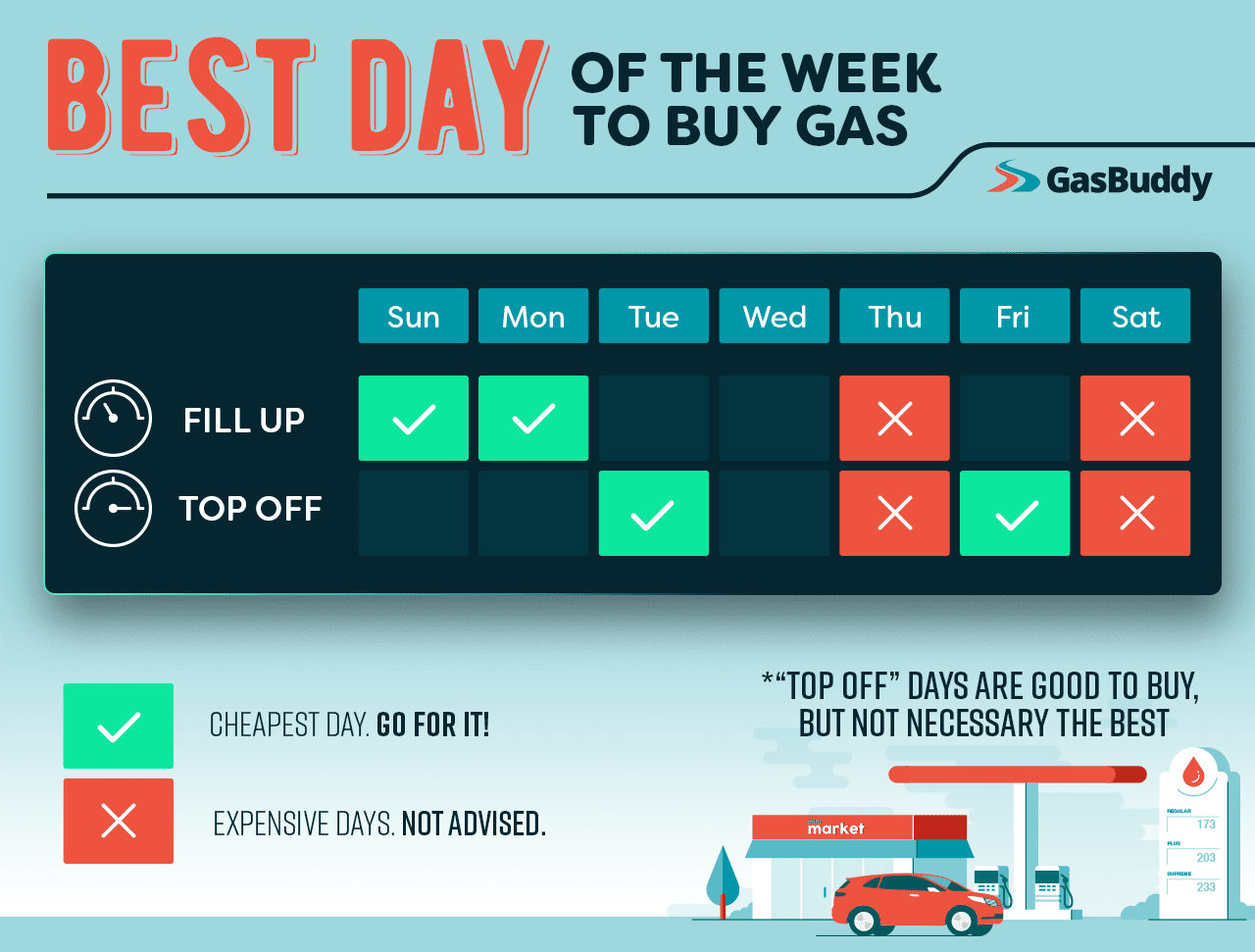 GasBuddy analyzed three years worth of fuel price data and found that Monday offers the lowest average, making it the best day to fill the tank. Thursday is the worst day to buy gas, having the most expensive average. However, the best day depends on what part of the country drivers are located:

While the data reveals that the best day changes year-to-year and state-to-state, it concludes that fueling earlier in the week can result in savings for many motorists, along with price shopping for the lowest price.

“The rise in average prices towards the weekend could be to blame on an influential report from the Energy Information Administration (EIA) issued weekly on Wednesdays, which could push prices higher the day after, depending on if data in its report is as expected or a surprise,” said Patrick DeHaan, senior petroleum analyst at GasBuddy. “Since commodities trading isn’t active over the weekend, it typically allows stations to ‘let it ride’ over the weekend, culminating in lower prices by the start of the work week.”

To put the amount of savings into perspective: if every U.S. motorist bought gasoline on Thursday for an entire year, they’d collectively spend an extra $1.1 billion versus filling up on Monday – the lowest priced day of the week.