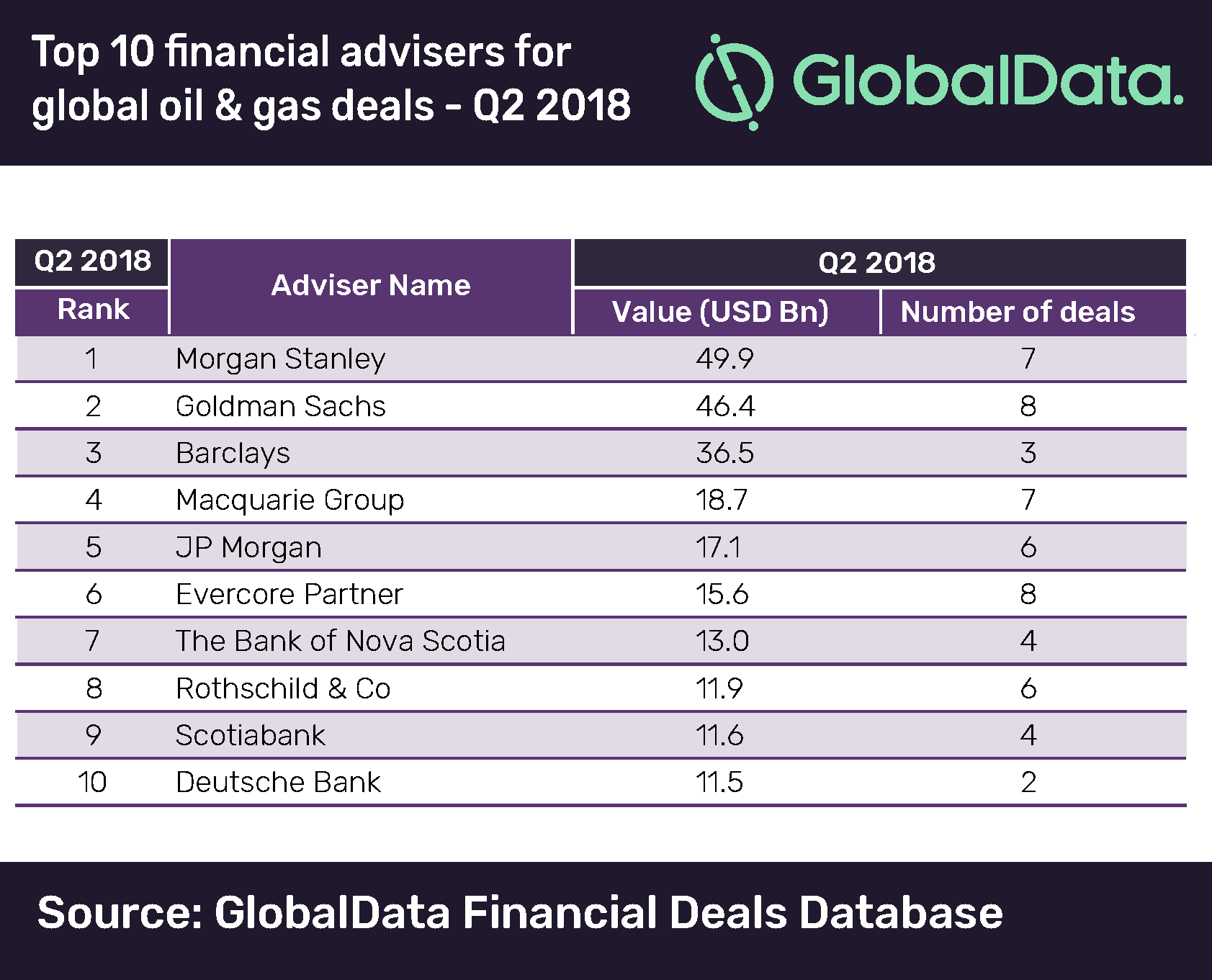 The investment bank worked on seven deals worth a total of $49.9bn, surpassing competitors Goldman Sachs and Barclays, which came second and third, respectively, in value terms.

According to GlobalData, Goldman Sachs was involved in eight deals worth a total of $46.4bn, while Barclays worked on three deals with combined value of $36.5bn.

Marathon Petroleum’s acquisition of Andeavor for $35.6bn was recorded as the quarter’s top deal for the industry.

Goldman Sachs and Evercore Partners emerged as the leading players by volume with eight deals each, followed by Morgan Stanley and Macquarie Group with seven deals each.

Both Morgan Stanley and Goldman Sachs held the same ranking, first and second respectively, in the global league table of the top 20 M&A financial advisers released by GlobalData recently.

American law firm Sullivan & Cromwell claimed the first position in the list of the top 10 M&A legal advisers for Oil & Gas deals in Q2 2018. The company worked on four transactions worth $45.7bn, including the industry’s top deal of the quarter, the $35.6bn Andeavor acquisition.

Jones Day came second in the league table with nine deals worth a total of $38.8bn, while Cleary Gottlieb, with three deals worth $35.6bn, claimed the third spot. In volume terms, Jones Day led the competition. 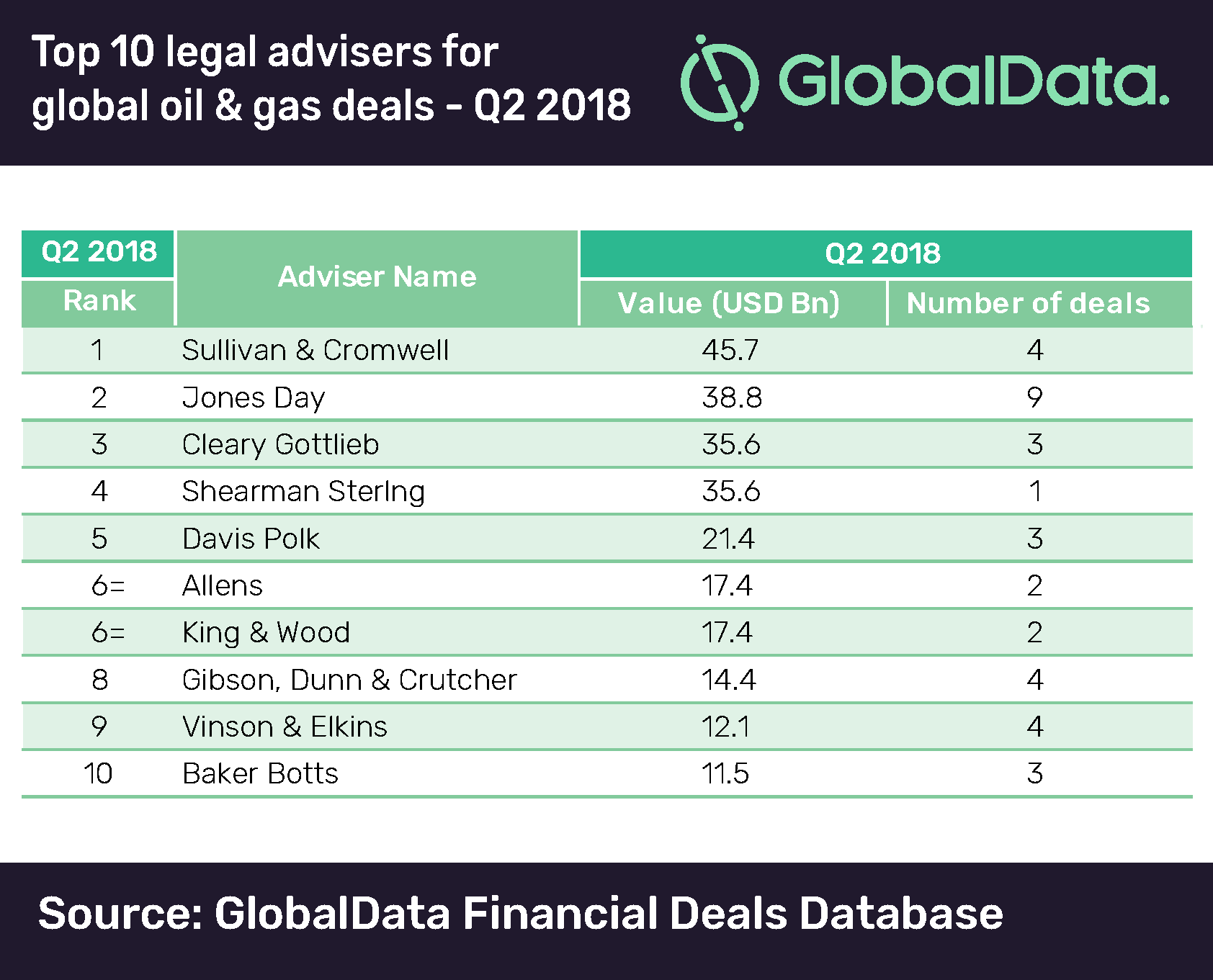 4,000 of the world’s largest companies, including over 70% of FTSE 100 and 60% of Fortune 100 companies, make more timely and better business decisions thanks to GlobalData’s unique data, expert analysis and innovative solutions, all in one platform. GlobalData’s mission is to help our clients decode the future to be more successful and innovative across a range of industries, including the healthcare, consumer, retail, financial, technology and professional services sectors