Despite the industry’s ongoing struggle to maintain momentum amid low oil prices, it made significant progress on many fronts this year. In Texas, a fight over a local fracking ban approved by voters in Denton in 2014 was repealed by local authorities in June. In Oklahoma, industry and regulators took steps throughout the year to address seismic activity through new risk mitigation measures that reduce wastewater injections in the Arbuckle formation. In Louisiana, four major LNG export facilities – Lake Charles, Magnolia, Calcasieu Pass, Cameron – have moved steadily through FERC permitting. And on the national stage, industry won a huge victory in December when President Obama signed an omnibus spending bill that included a repeal of the crude oil export ban.

Here’s a review of 10 of the most popular stories on OilmanMagazine.com this year. Click the links provided to read the full story. If you have a comment on any of these stories, tweet it to @OilmanMagazine.

The fracking boom in Texas came under threat from increasing environmental regulations.

Texas has helped to lead the way in making the U.S. a leader in abundant and low-cost energy. New rules, however, are threatening the oil and gas revolution. The U.S. Environmental Protection Agency (EPA) is leading the way on the new rules that could hinder the progress being made…

The Denton, Texas, fracking ban elicited an aggressive response from industry and regulators.

Texas Gov. Greg Abbott on May 18 signed House Bill (HB) 40, an act relating to the exclusive jurisdiction of Texas to regulate oil and gas operations in the state and the express preemption of local regulation of those operations.

“HB 40 does a profound job of helping to protect private property rights here in the State of Texas, ensuring those who own their own property will not have the heavy hand of local regulation deprive them of their rights,” Gov. Abbot said in a May 18 statement. “This law ensures that Texas avoids a patchwork quilt of regulations that differ from region to region, differ from county to county or city to city, [and] strikes a meaningful and correct balance between local control and preserving the state’s authority to ensure that regulations are even-handed and do not hamper job creation.”…

Congressional leadership made a deal that finally repealed the ban on U.S. crude oil exports.

In a dramatic turn of events last week, Democrats and Republicans in Congress reached a compromise on the federal government omnibus spending bill that lifts the 40-year ban on U.S. crude oil exports and gives clean energy companies an extension on tax credits set to expire this year and next. President Barack Obama signed the bill on Dec. 18…

Fixed platforms, tension leg platforms, spar platforms, drill boats, jack-up rigs and countless other contrivances are used in oil exploration and production on the Gulf of Mexico. Whether a structure is considered to be a vessel or not affects the types of litigation an owner or operator may be subject to in the event of a workplace accident. The determination of vessel status also governs what type of insurance coverage should be procured to protect the interests of the owner/operator/contractor…

Recovery of drilling wastes is an examined as a cost-effective and practical in this article on rotary kilns.

Even with the fluctuations in demand in the oil and gas industry, the existence of drilling wastes and the need to safely dispose of that waste remains constant. Operators often seek innovative and economical ways to handle, treat and even recover wastes from drilling processes…

Information and technology are key components of success in the oil and gas industries. Being able to assimilate and manage large amounts of data between experts and business associates ensures that a team stays connected and works effectively. One of the most important jobs on the oilfield is ensuring that a team of associates is well-trained and well-equipped to manage the demands and complications on the oilfield. As the need for skilled field workers increases, the need for comprehensive testing and off-site training is growing as well…

In an update of its 2003 assessment, USGS said the Barnett Shale within the Bend Arch-Fort Worth Basin Province of north-central Texas has mean volumes of 53 trillion cubic feet of shale gas, 172 million barrels of shale oil and 176 million barrels of natural gas liquids…

Check out these ideas for improving a saltwater disposal business in our top story of 2015.

The saltwater disposal (SWD) industry has changed significantly over the last five years thanks to advances in completion technologies such as fracking. SWDs have popped up on every corner, some are next door or right across the street from each other, all competing for their share of the increasing waste water market. Just a few years ago, disposal operators were living “high-on-the-hog” with impressive volumes of flowback water being transported to their facilities for disposal. This water contained large percentages of oil which could be collected and sold, further driving site profitability… 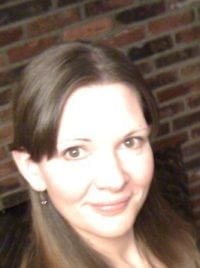 Combating the Occupational Hazards of Oil and Gas Extraction