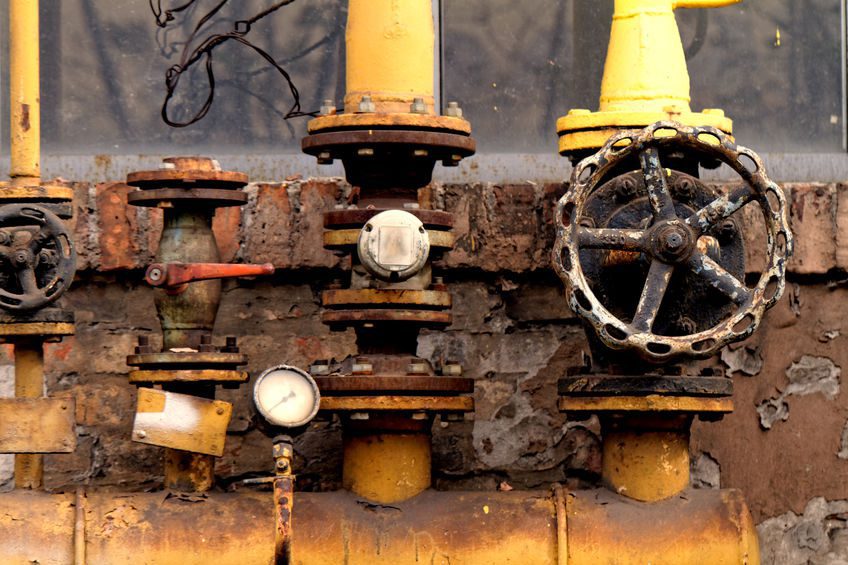 Preventing damages caused by corrosion can extend the life of all the steel structures that are employed in the oil and gas industries alongside increasing the overall efficiency of operations. Naturally, most forms of corrosion tend to be inevitable, but a whole range of materials and techniques can be deployed in order to prevent electrical and chemical reactions that cause corrosion.

Investing in several corrosion prevention methods can prove to be very advantageous for these corporations. From a financial perspective, it is more economical to prevent corrosion rather than procure new machinery every few years.  Take a look at some of the best ways to protect steel structures in the oil and gas industry from corrosion.

One of the most basic methods of preventing oxidation and corrosion is painting. The process can be carried out by simply maintaining the coats of paint on lines, tanks, and every other kind of equipment as a regular part of the job. However, some materials such as nickel-plated pipes, stainless steel, and galvanized steel do not need to be painted.

Oil has the tendency to protect the inside lining of pipes because it isn’t corrosive. A more relevant problem in these lines is the buildup caused by minerals from groundwater, which is why the interior lines of equipment also need to be protected by a coat of paint.

Electrochemical corrosion is caused by an electric current that pulls the electrons in the metal from one spot and deposits them in another. These forms of current can be caused by various natural resources such as electrical leaks, poor grounding, and wind that produce static electricity. The loss and redistribution of electrons cause the metal to weaken.

In such cases, oil and gas companies use insulating flanges in order to prevent current flows that cause electrochemical corrosion. These flanges are added to all the lines that are above the ground and near tank batteries and wells. They work to completely insulate lines in order to prevent the flow of electricity.

In most cases, steel is used for construction. The oil and gas industry has now found out that there are other materials that are much less prone to corrosion. One such material is fiberglass, and it is now commonly used to hold chemicals or for water disposal. In some cases, the material is used in crude oil holding tanks.
Another substitute material can be stainless steel fittings, and they are common in cases where crude oil tends to be corrosive. Stainless steel is usually used in small diameter tubes, seal rings, gaskets, and bolts.

4.     Other Methods of Preventing Corrosion

In areas where coating and painting aren’t feasible, some other corrosion prevention methods can be used. One particular method includes using some effective anti-corrosion chemicals.

Other simple methods include mechanical barriers or removing the wet soil around equipment and lines in order to greatly reduce electrochemical corrosion and oxidation. Other than this, oil and gas corporations make use of waterproof materials like gravel and tarred felt that reduce the flow of air around vessels and lines. Lastly, if lines are buried, moisture can be kept out of them with the help of wraps and tarred felts.

This particular form of corrosion prevention is quite important because water, oil, and many other fluids may sit in some tanks for very long periods at a time. Before these batteries are even constructed, certain steps can be taken in order to reduce corrosion.

An example of such a procedure can be making sure that the surface the tank battery is kept on is much higher than all the surrounding areas. These surfaces should also be sloped in order to ensure that rainwater is warded off. Other than this, crushed rocks can also be filled under the batteries so as to ensure air circulates under the tank and effectively prevents rust.

After all of the above procedures have been carried out, the roofing of these tanks should be layered with tarred felt so that they are completely insulated. These areas should also prevent plant growth because plants also lead to corrosion problems in many different ways.

Corrosion prevention inside a well is much more complicated than everything else we have discussed until now. This is done with the help of ball and seat pumps so that various gases can be allowed to escape out into the atmosphere. The process prevents oxygen from getting into the well and causing corrosion.