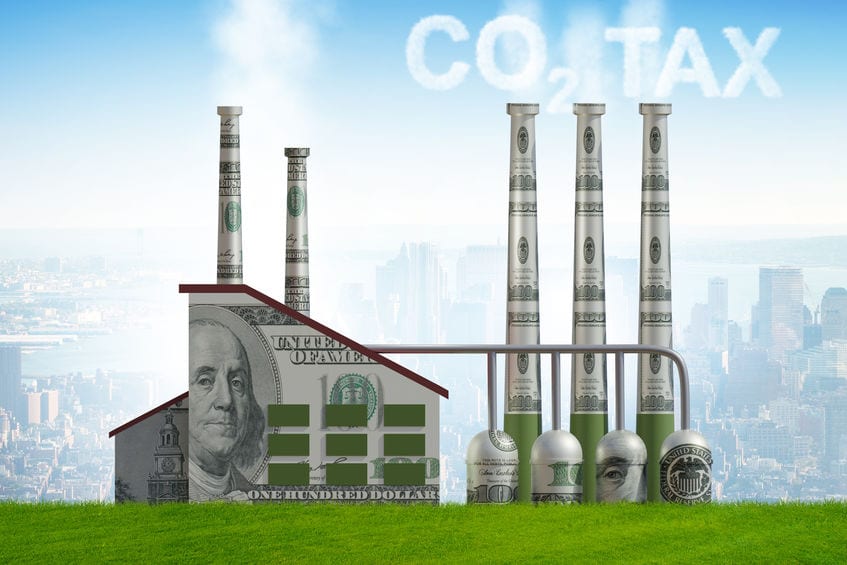 The Treasury Department and the IRS recently provided practical administrative guidance for carbon capture and sequestration tax credits, but what are the broader implications for future energy production?

Recent Treasury releases[i] gave taxpayers much needed guidance in seeking to take advantage of tax credits[ii] under Internal Revenue Code (“Code”) Section 45Q for successfully capturing and removing from the atmosphere qualified carbon oxide. There are two methods of sequestration of this gas rewarding the successful taxpayer (the owner of the sequestration equipment) as follows:

The allowable credit in each tax year is adjusted upward each year (for inflation) in a table set out in the regulations[iii]. Credits may be claimed in tax years through 2026, but only on construction beginning after February 9, 2018 and before January 1, 2024. In the event that sequestration is not maintained (absent relief under EPA SubPart RR for Class II wells or ANSI ISO 27916:19), credits are recaptured as increases to tax liability measured using a five-year look-back period[iv].

Carbon capture, utilization and storage (“CCUS”) is the broad term used for a collection of technologies that remove carbon from the air (or combustion streams before burning) and either utilize it in another process or store it permanently in a manner that prevents it from entering the atmosphere. Most commonly, the focus is on removing carbon dioxide from flue gas streams and storing it underground.

The CCUS process involves three main steps and each employ a variety of technologies: capture, transportation, and storage. The nature of these technologies is that economies of scale are important to achieve commercial viability; therefore, the economics improve when they are deployed near large point sources of carbon dioxide generation.

In 2017, the Department of Energy (“DOE”) instructed the National Petroleum Council (“NPC”) to provide advice regarding the “actions needed to deploy commercial carbon capture, use, and storage (CCUS) technologies at scale into the U.S. energy and industrial marketplace.” Their report, released in December 2019, included important observations regarding the regulatory, technical, and financial aspects of CCUS and its viability under the current regulatory scheme.

The US Is A Favorable Locale Or CCUS Implementation – In addition to being one of the largest emitters of carbon dioxide, the U.S. possesses several attributes that make it one of the better places to deploy CCUS, such as an existing carbon dioxide pipeline infrastructure, an established regulatory framework, significant federal policy support, “cutting edge” research and development and vast geologic storage resources that are near major point sources.

CCUS Implementation Will Likely Proceed In Phases – The report highlights three phases of CCUS implementation: activation, expansion and “at scale”. The NPC studied hundreds of projects representing the largest 80% of U.S. stationary sources to estimate their CCUS costs and the amount of potential carbon dioxide removal they represent. Projects were grouped according to their estimated costs: activation phase, less than $50/metric ton; expansion phase, $50-90/metric ton; and “at scale”, greater than $90/ton.

Virtually all the technologies currently used to capture, transport and store carbon dioxide are fully developed and well understood, although the NPC recommended the funding of research to investigate and improve the viability of emerging technologies. Those are long-term research projects, which are unlikely to deliver meaningful improvements in CCUS costs for many years, if ever.

Typical investors are current (federal) cash taxpayers with an expectation of a sustainable amount of taxable income in the future. Similar to other renewable initiatives (wind, solar, etc.), most advisors are suggesting the use of tax equity arrangements structured as limited liability companies treated as passthrough (partnership) entities for tax purposes to allow the resulting §45Q credits to flow through to the intended investors. Many structures involve sharing ratios that flip after some targeted payout is achieved. We also note that Treas. Reg. §1.45Q-1(h)(3) allows for some flexibility in assigning these credits to other taxpayers, and additionally, circumstances may allow investors to enjoy bonus depreciation[v] on newly purchased equipment.

In light of these variables, careful crafting of the entity agreements (LLC or partnership agreement along with other ancillary agreements governing offtake, storage, management, etc.) at outset is recommended. Also, we note that if either the investor or the sponsor/emitter are sensitive to financial reporting matters, these structures are often classified as Variable Interest Entities[vi] , which would require an analysis to determine the appropriate financial reporting treatment[vii] of the investment.

The IRS has only limited ability to implement the NPC report’s recommendations to make this incentive more viable as presently drafted, but it seemed to make some progress on the NPC’s recommendations on definitions and transferability of credits. However, additional congressional action is necessary to further the impact of this credit, which is also the case if helpful revisions to other tax incentives[viii] are made to coordinate this environmentally responsible incentive.

[i] All statutory references herein are to the Internal Revenue Code of 1986, as amended, and as in effect at each time pertinent to taxpayer determinations. IRS Notice 2020-12 and Revenue Procedure 2020-12, each released February 19, 2020, set out initial safe harbors for determination of allowable credits.  Proposed Treasury Regulations §1.45Q-1 through -5 ( (REG-112339-19, June 2, 2020) set out additional helpful guidance, including allowing taxpayers the option to rely on these proposed regulations as final when issued as long as fully adopted and consistently followed.

[ii] Tax credits are generally more valuable than tax deductions as the former reduces tax liability (generally) dollar-for-dollar whereas deductions reduce taxable income to which a tax rate is applied.  Under current corporate law in the U.S. (and depending upon the state in which one resides) a credit can be worth $1.00 in savings while a deduction (costing $1.00) may only reduce a tax liability by 21%.

[v] If the storage equipment can be classified as not involved with a public utility and have a class life of less than 20 years, it may qualify for up-front expensing under §168(k).

[vii] GAAP issues that can arise are: (i) does the investor, the emitter or others consolidate the investment vehicle, (ii) is the sequestration storage equipment substantively real estate, and (ii) how are earnings reported (equity-method, etc.).

W. Lynn Loden, CPA, is a Managing Director at Opportune LLP. Prior to joining Opportune over 10 years ago, he reached the partner level in the Houston, Texas offices of Arthur Andersen LLP and Deloitte Tax, focusing on M&A, structured finance, and energy. He holds active CPA licenses in the States of Texas and Mississippi and currently holds FINRA Series 79 and 63 licenses.

Trendsetter Awarded Contract by Well‐Safe for Plug And Abandonment Campaign