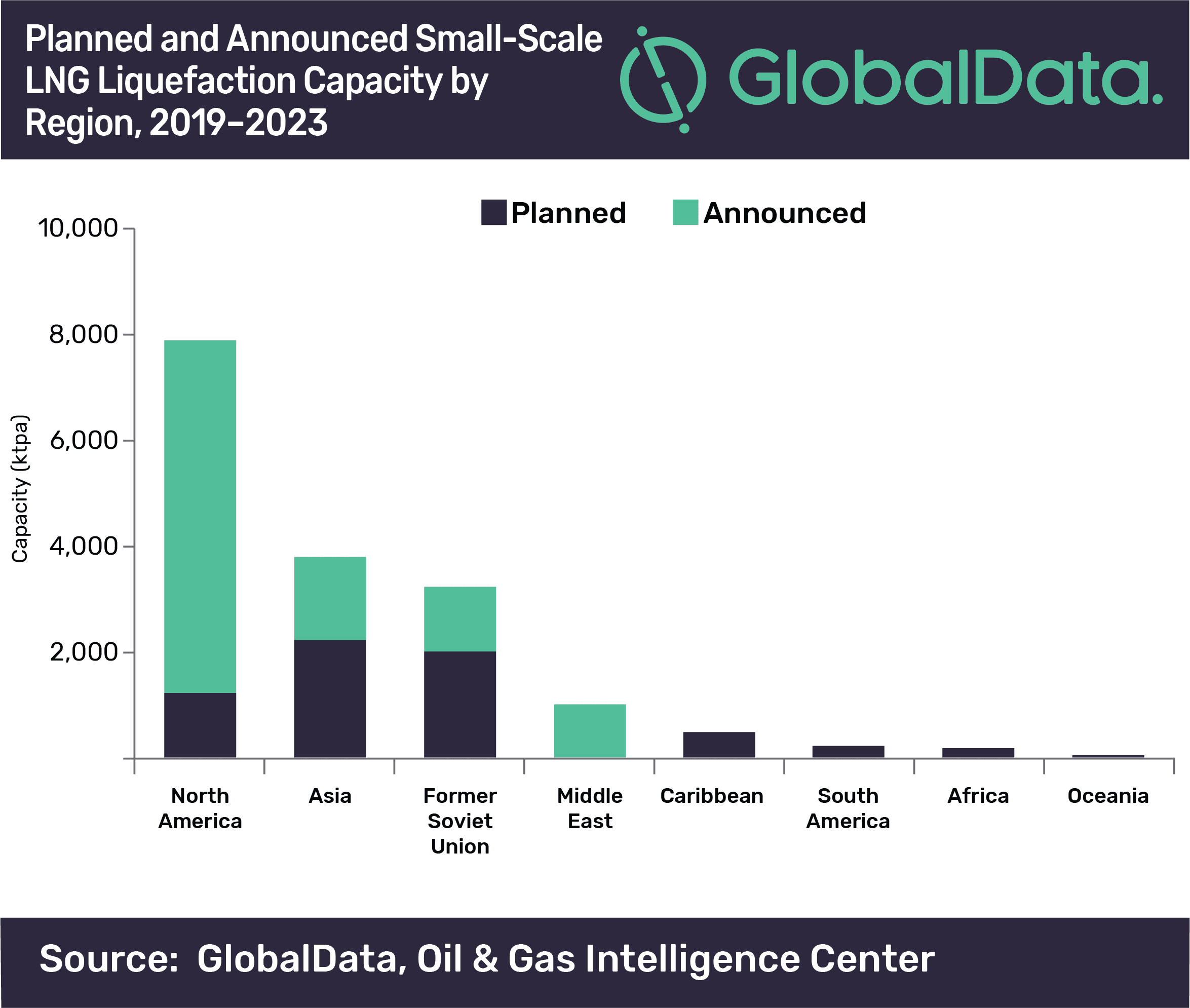 North America is expected to drive global small-scale LNG liquefaction capacity growth from planned and announced (new-build) projects between 2019 and 2023, contributing around 47 percent of the total growth, according to GlobalData, a leading data and analytics company.

Early-stage announced projects account for most of the new-build capacity in the region with 84 percent or 6,640 ktpa, while planned projects with identifiable development plans account for the remaining capacity.

Soorya Tejomoortula, Oil and Gas Analyst at GlobalData, says: “In North America, 25 planned and announced projects are expected to start operations by 2023. Of these, Browntown and Browntown II terminals both proposed in the US have the highest small-scale LNG liquefaction capacities by 2023 with 2,120 ktpa each.”

After Asia, the Former Soviet Union stands third globally with new-build small-scale LNG liquefaction capacity additions of 3,230 ktpa by 2023. The Portovaya terminal in Russia is the largest upcoming refinery in the region with a new-build capacity of 1,500 ktpa by 2023.