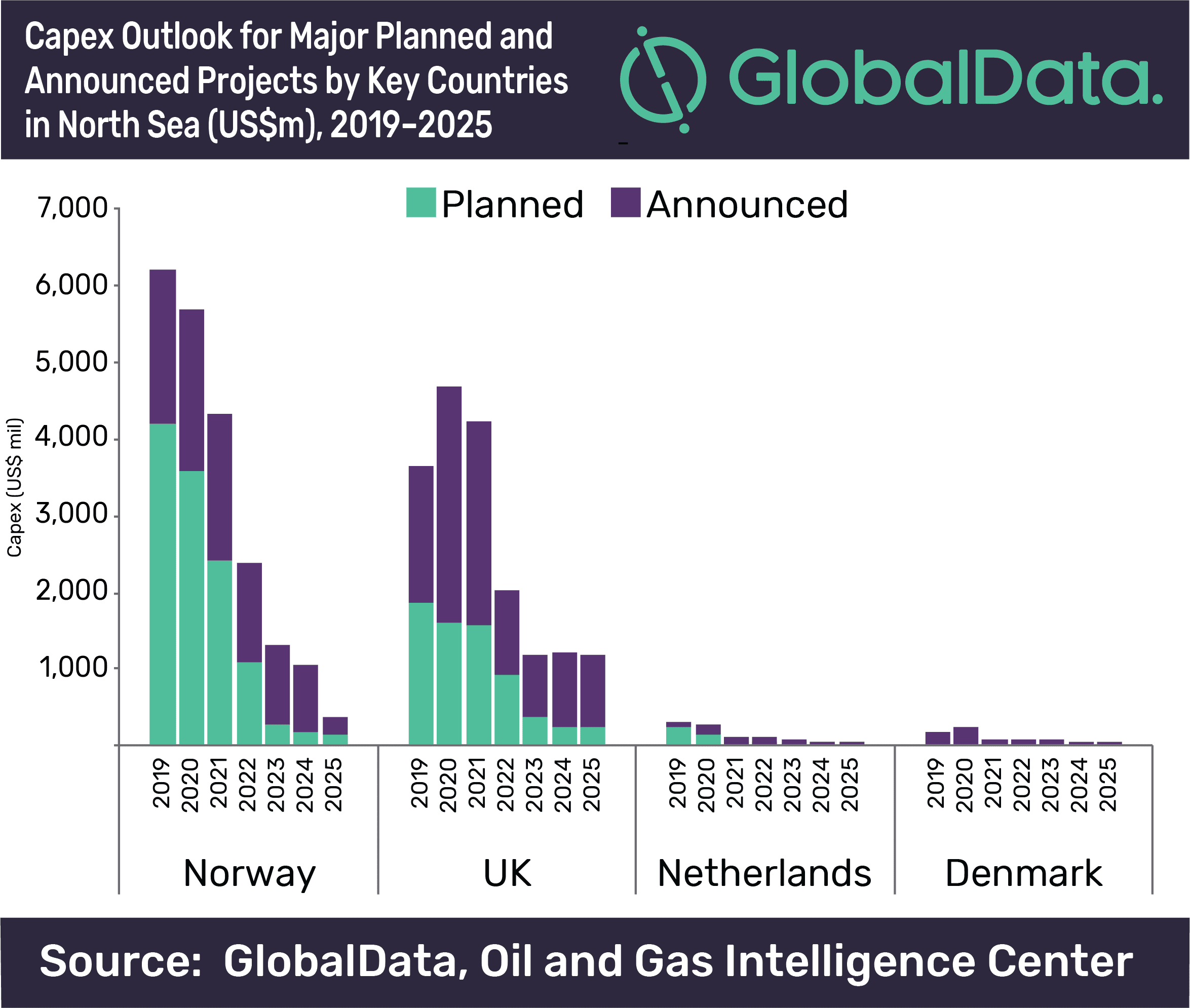 Norway is expected to spend the highest new-build capital expenditure (capex) of US$21.2bn on the development of the planned and announced projects, among the countries in the North Sea, during the period 2019–2025, according to GlobalData, a leading data and analytics company.

The company’s report: ‘H1 2019 Production and Capital Expenditure Outlook for Key Planned Upstream Projects in the North Sea – UK Leads Natural Gas Production Outlook’ reveals that in the North Sea, around US$18.8bn is expected to be spent on the development of the 24 planned projects with identified development plans and US$21.8bn on 45 early-stage announced projects that are undergoing conceptual studies and are expected to get approved for development.

The U.K., the Netherlands and Denmark follow Norway with US$18bn, US$0.8bn and US$0.6bn, respectively, on the development of the planned and announced projects.

Soorya Tejomoortula, Oil & Gas Analyst at GlobalData, comments: “The high new-build capex of Norway on flagship projects such as Johan Sverdrup will help the country to lead crude production in the North Sea, contributing more than 70% of the total crude and condensate production from major planned and announced projects in 2025.”

In terms of operating expenditure (opex), the UK leads with US$9.9bn, closely followed by Norway with US$9.7bn and Denmark with US$1.3bn.

In 2025, key projects in the North Sea are expected to contribute about 1,095 thousand barrels of oil per day (mbd) of global crude and condensate production, and about 2,188 million cubic feet per day (mmcfd) of global gas production from planned and announced projects.