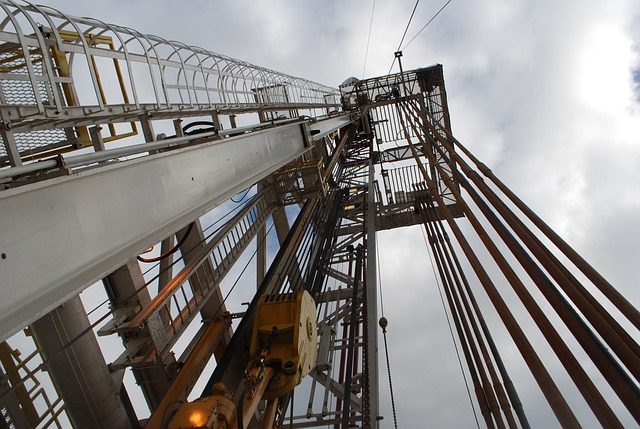 The event is timely as the implications of the U.S. shale boom continue to reverberate globally. In his keynote address, Gulfport Energy’s CEO, president and director, David Wood, noted the rise of U.S. LNG exports, which have emerged thanks to the abundance of shale gas. Meaningful growth in U.S. LNG exports is expected over the next decade, he said, providing an outlet for the country’s gas output. This growth is anticipated to help prop up prices in the longer term. Indeed, Wood said he believed that looking ahead, oil and natural gas have two different trajectories. “Gas is a much longer-term, bigger part of business for the U.S. to pursue.”

Wood warned, however, that with the exception of the Permian-Delaware Basin, there is not as much resource as we think when it comes to shale. This will drive exploration and production companies to seek other opportunities outside of shale especially in the longer term.

Latin America was very much in the spotlight, with sessions focussed on Mexico, Brazil and Venezuela. During the panel discussion on Mexico, participants agreed that there had not been a dramatic change for the country’s energy industry since President Andrés Manuel López Obrador took office in 2018. The representatives – from international oil companies (IOCs), as well as one domestic company – noted that their concerns over whether they had a future in Mexico had recently been assuaged. They said the new government is impatient at the slow pace of progress in the country’s oil industry as it works to reverse the country’s oil production decline. They attributed this to the new regulatory processes that have been slow having only recently been put into place when the country’s energy sector was liberalized. However, Jaguar E&P’s former CEO, Javier Zambrano, said regulators have listened to operators and have made changes. Despite a relatively favorable assessment of the opportunities available in Mexico, the panelists agreed on the fact that there are no further bid rounds for acreage currently scheduled presented a major challenge.

Opportunities are also expected in Venezuela after the current regime changes. However, the Venezuela panel discussion focused on the major hurdles facing the country as it moves forward from economic collapse. Francisco Monaldi, a Fellow at Rice University’s Baker Institute for Public Policy suggested that any money provided to Venezuela by multilateral agencies and other international players would not go towards oil. As a result, reviving the country’s oil industry would rest on others, such as private companies. The resource potential is there – Luis Giusti, a senior adviser for energy and national security at the Center for Strategic and International Studies and former Chairman and CEO of PDVSA, said that every well drilled in the Orinoco Belt would strike oil. However, he warned that there are significant challenges involved – the Orinoco oil is extra heavy, making it difficult to move by pipeline. Meanwhile, the Maracaibo Basin is also very prolific, but most of its oil is located offshore in Lake Maracaibo, where the water causes corrosion of infrastructure.

The panel discussion on Brazil included the country’s Deputy Secretary of Oil, Natural Gas and Biofuels, Renata Isfer, who said there were opportunities for small and medium-sized companies to enter the country, not just majors. Tudor, Pickering, Holt & Co.’s Managing Director, Joe Amador, who moderated the panel, described Brazil as, “A country with a tremendous resource base and a willingness of the government to offer IOCs … access to those resources through a variety of contract terms and the ability to grow not only the upstream but downstream”. He added that Brazil would likely achieve 3 million barrels per day of production in the next couple of years.

U.S. producers will find new, longer-term opportunities that will outlive the shale boom closer to home. BP’s Regional President for the Gulf of Mexico and Canada, Starlee Sykes, talked up the supermajor’s resource additions in the Gulf. She attributed these to BP’s breakthroughs in advanced seismic imaging technology which had allowed it to identify resources beneath salt layers.

The deepwater Gulf remains very competitive as an investment destination, Sykes said adding that drilling and completion costs had reduced by two thirds since 2014, independently of rig rates. These efficiency gains and others are in turn bringing down the breakeven price per barrel and “fuelling” new exploration.

Sykes pointed out that the first well at Thunder Horse, where BP is now proceeding with a new expansion phase, was drilled when oil prices were US$8-10 per barrel. “If we could make it work then, imagine what we could do now,” she said.

Unsurprisingly given the rising prominence of climate change concerns, there was much discussion at the AIPN 2019 International Petroleum Summit as to how the industry should be tackling this issue particularly in the light of international governmental pressure. Climate change has political traction whether you believe in it or not, Gulfport’s Wood said during his address earlier. The climate change panelists agreed. Gaffney, Cline & Associates’ Global Head of Carbon Management, Nigel Jenvey, moderating the session, said there was “a climate of change”. He said that moves by companies to address climate concerns were more than just a marketing exercise. He added, however, that fossil fuels would still be part of the energy mix in the future, but minimizing, sequestering and managing greenhouse gas (GHG) emissions would be the key to success. Renewables still have a long way to go, it was repeatedly echoed, but operators are increasingly investing in this sector. Still, opportunities for new oil developments – both in the deepwater and onshore – remain abundant.