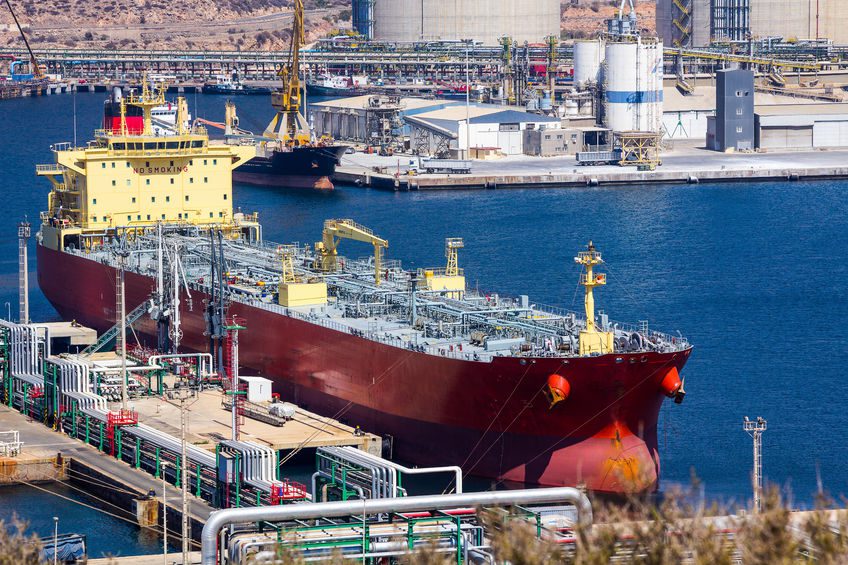 Oil prices continued to rise last week as tension between the U.S. and Iran escalated sparking fear of declining availability of oil from the Persian Gulf.

Crude oil closed at $59.14 on Wednesday on the New York Mercantile Exchange and $66.26 for Brent, the international benchmark traded in London.

President Trump blamed Iran for attacks on oil tankers that had passed through the Strait of Hormuz and shooting down a U.S. drone over the Gulf. Trump announced last week new and tougher sanctions against Iran.

The Wall Street Journal reported that “RBC Capital Markets forecasts that 21 very large crude carriers (VLCC) will be loaded this month along the U.S. Gulf Coast, well above the monthly average this year of 13 ships and the record of 17 reached in March.”

Day rates for oil tankers have increased along with insurance premiums, the newspaper stated.

The threat of hostile activities against oil tankers in the Persian Gulf has created an increase in demand for U.S. oil exports.

Texas is a leading producer of crude oil, and production continues to rise with some 40 percent of all U.S. production coming from Texas. The Permian Basin of West Texas leads the way accounting for 54 percent of the permits to drill in Texas in May.

Many believed that the Organization of Petroleum Exporting Countries would drive out the high-cost shale producers when prices collapsed in 2015 and 2016. However, the oil industry in the U.S. has shown strength during the decline in prices through innovation by increasing efficiency and reducing cost.

OPEC will meet on July 2 in Vienna, Austria to discuss its current and future production quotas. Also attending will be some non-OPEC members, most notably Russia, one of the largest oil-producing countries. Russia has cut its production after negotiating with OPEC in an effort to balance oil supplies.

OPEC Secretary General Mohammad Sanusi Barkindo noted in a speech on June 5 that OPEC and its non-OPEC partners are committed “to do whatever it takes to balance and stabilize the oil market, in the interest of both producers and consumers.”

“This commitment to a balanced market and a sustainable stability remains our key objective,” he said. “We will not be swayed by exogenous factors; we have our eyes fixed firmly on our objectives.”

“OPEC has a vested interest in the continued growth and stability of the U.S. and by extension the global economy,” he said.