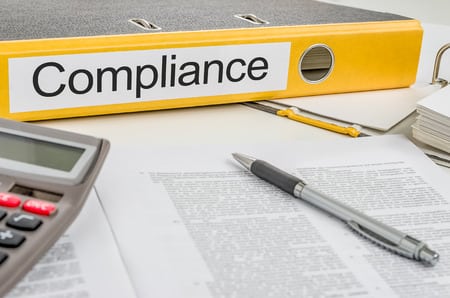 The President, Congress, and the Texas Legislature all have been very active in implementing executive orders, legislation, resolutions, and letters to reduce the federal government’s massive regulatory overreach.

It all started with President Trump’s State of the Union address on Feb. 28, in which he said economic recovery must begin by reducing massive regulations on American businesses.

The next day he signed an executive order directing the Environmental Protection Agency to review a controversial water rule. EPA Administrator Scott Pruitt said he would quickly withdraw the rule initiated by the Obama administration’s EPA.

The order will kick off what will likely be a lengthy process to undo the Waters of the United States (WOTUS) rule, which includes a lawsuit filed by a number of states over the regulation, along with energy, agriculture and development interests. The legal action is in the U.S. Court of Appeals.

In a related issue, Republican leaders from 11 states, including governors and attorneys general, have urged EPA to stop collecting certain emissions information from oil and gas operators.

“We believe the EPA’s requests to be an unnecessary and onerous burden on oil and gas producers that is more harassment than a genuine search for pertinent and appropriate information,” the letter stated.

Rep. Thornberry also sent a letter to EPA Administrator Pruitt on March 2, asking the agency to rescind the pending “Information Collection Effort for Oil and Gas Facilities” that was issued Nov. 10, 2016.

“Within your rules and regulations, I respectfully ask that you fully rescind the oil and gas ICR, “ Thornberry said.

“We believe the EPA’s requests to be an unnecessary and onerous burden on oil and gas producers that is more harassment than a genuine search for pertinent and appropriate information,” the letter stated from the states of Alabama, Arizona, Kansas, Kentucky, Louisiana, Mississippi, Montana, Oklahoma, South Carolina and West Virginia.

Obama’s EPA kicked off a formal survey last year, requiring 15,000 “owner/operators” in several sections of the oil and gas industry to provide information about controls that could reduce emissions of greenhouse gasses, including methane.

The survey was part of the methane rule that is also being challenged in the court.

The U.S. House of Representatives got into the act, too, passing by a 241-184 vote the Office of Information and Regulatory Affairs Insight, Reform and Accountability Act.

The bill seeks to reduce the size of federal regulatory agencies and reduce the authority of unelected bureaucrats. This bill strengthens Congressional authority over the Office of Information and Regulatory Affairs to ensure it functions effectively as the first line of defense to stop overly burdensome regulations.

While the Senate was confirming Rep. Ryan Zinke (R-Mont.) as Interior secretary, the Interior Department was publishing a notice postponing its regulation amending oil, natural gas, and coal royalty valuation. The rule, which has been embroiled in a legal battle, makes significant changes to the royalty valuation methods that impose a complex framework for operating on federal and tribal lands.

In the Texas Legislature, the chairmen of the Texas House and Senate energy committees in the Texas Legislature filed two concurrent resolutions calling on the federal government to work with Texas to unravel “the harmful, overreaching regulations that have been implemented over the past eight years, which were largely aimed at negatively impacting the oil and gas industry.”

Specifically, Senate Concurrent Resolution 26 filed by Senator Craig Estes (R-Wichita Falls) and House Concurrent Resolution 84 filed by Representative Drew Darby (R-San Angelo) strongly urge Congress and the new administration to closely review these onerous regulations in order to determine whether these rules should be revised, repealed, or alternatively, delegated back to the states to implement and enforce.