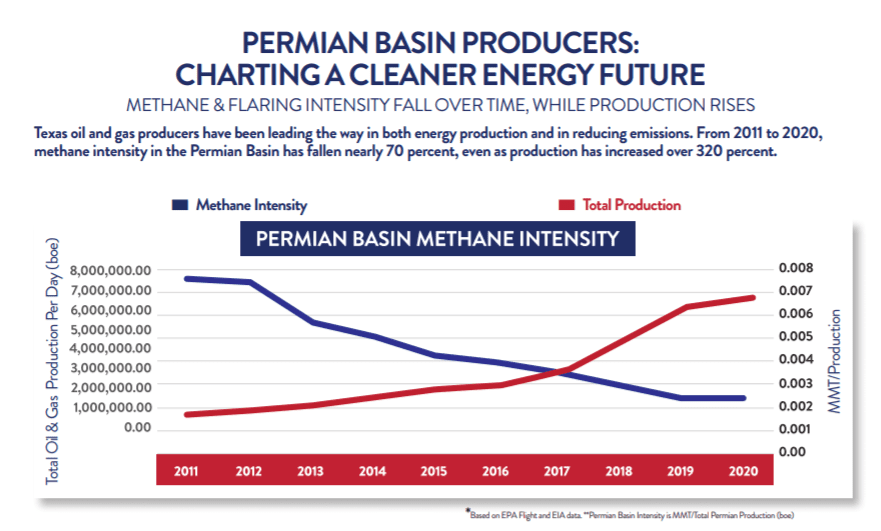 Austin, Texas – Methane emissions intensity in the Permian Basin has declined almost 70 percent since 2011, as oil and gas production rose over 320 percent, according to an analysis by Texans for Natural Gas (TNG), a project of the Texas Independent Producers and Royalty Owners Association (TIPRO).

“This report affirms the role Texas oil and gas needs to play in meeting domestic and global energy demand for the foreseeable future,” said Ed Longanecker, president of TIPRO. “Over the last decade, we’ve seen oil and gas operators come together to present new solutions to reduce methane emissions and flaring. These commitments are yielding significant results that speak for themselves. Permian Basin producers are at the forefront of energy development for their ingenuity, leadership and dedication to minimizing their impact on the environment.”

Intensity – or the amount of methane emitted or flared per barrel of oil equivalent produced – is used as a reliable metric by many organizations across the globe, including the World Bank, the International Energy Agency (IEA) and ONE Future.

The full report can be found here.