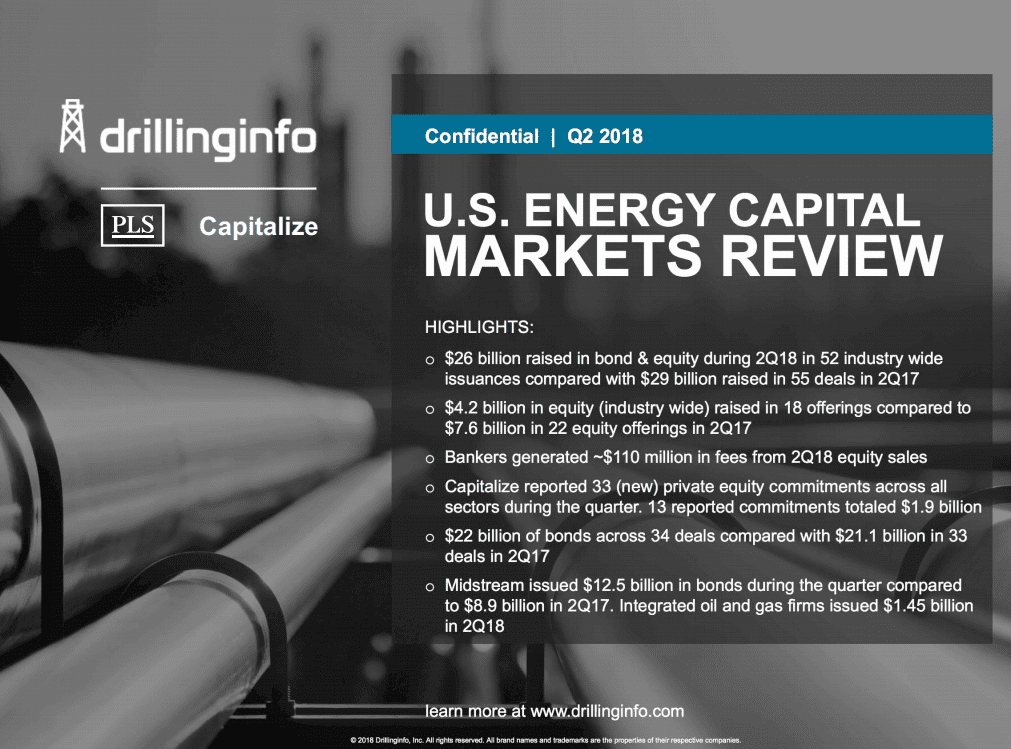 Midstream raised $1.33 billion from six issues, 61 percent year-over-year and 51 percent from Q1, as the Federal Energy Regulatory Commission (FERC) indicated in March its decision prohibiting Master Limited Partnerships (MLPs) from recovering income tax allowances in their expense allocations soured investors on the sector. Six upstream and five oil field service offerings during Q2 totaled $1.1 billion and $1.7 billion, respectively. Capitalize equity tracking for the first half of 2018 shows oil field services sold $4.2 billion through 17 offerings, ahead of both midstream with $4.0 billion across 12 issues, and upstream’s $1.8 billion through 11 issues.

Private equity firms, though aggressive investors since the 2014 price downturn, clearly pulled back in 2018. At the completion of Q2, Drillinginfo tracked 66 total private equity commitments to upstream, midstream, OFS and downstream, running at a 28 percent annualized shortfall.

Christopher George, director of Capitalize at Drillinginfo and lead author of the Capital Markets review stated, “The pace has especially slowed for new teams in upstream as sponsors struggle with exit strategies. Upstream commitments totaled 117 last year versus the 32 teams that we’ve tracked through the 2018 halfway point.”