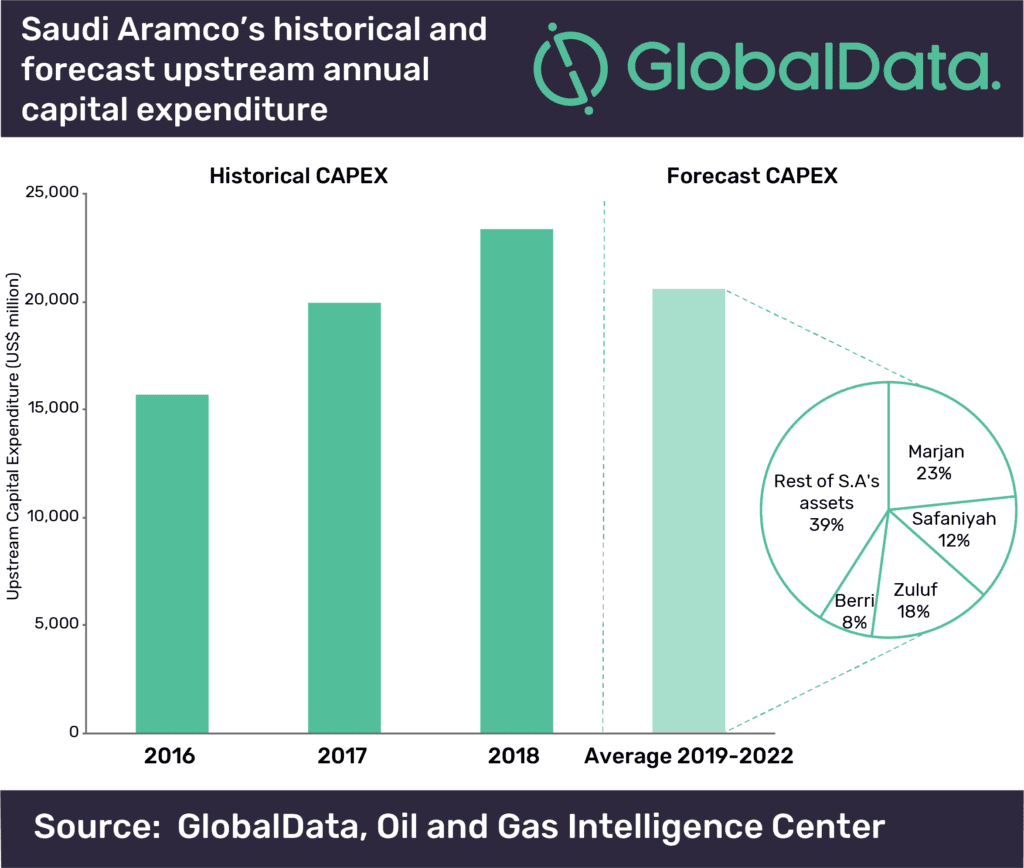 Saudi Aramco is continuing to focus significant efforts on crude oil expansion, according to GlobalData, a leading data and analytics company.

The company’s report, ‘Saudi Aramco After IPO – Company Overview and Development Outlook’, reveals that five major expansion projects – four crude and one natural gas – are being planned to boost output in the country.

One eighth of the world’s crude oil from 2016 to 2018 was produced by Saudi Aramco. As well as being the world’s largest oil producing company, it is also the most reliant on oil production, with 88 percent of its total 2018 upstream production coming from crude.

Somayeh Davodi, Oil and Gas Analyst at GlobalData, comments: “The major expansions at Saudi Aramco’s offshore oil fields of Marjan, Zuluf, Safaniyah and Berri are expected to comprise the majority of the company’s upstream investment over the next three years. Although these developments will also add gas and NGL capacity, the main addition will be oil.”

In 2018, the company’s MSC capacity (maximum barrels of crude oil that can be produced during a year) was 12 million barrels per day (bd) with 10.5 million bd oil produced plus the remaining 1.5 million bd available as spare capacity. This capacity allows flexibility to respond to market supply and demand fluctuations. The new expansions will add 1.45 million bd additional oil capacity.

Davodi adds: “Future production, including the ability to realize output gains from new capacity additions, is likely to be highly dependent on OPEC quotas. Production cuts are set to continue into 2020, but could be extended further.”