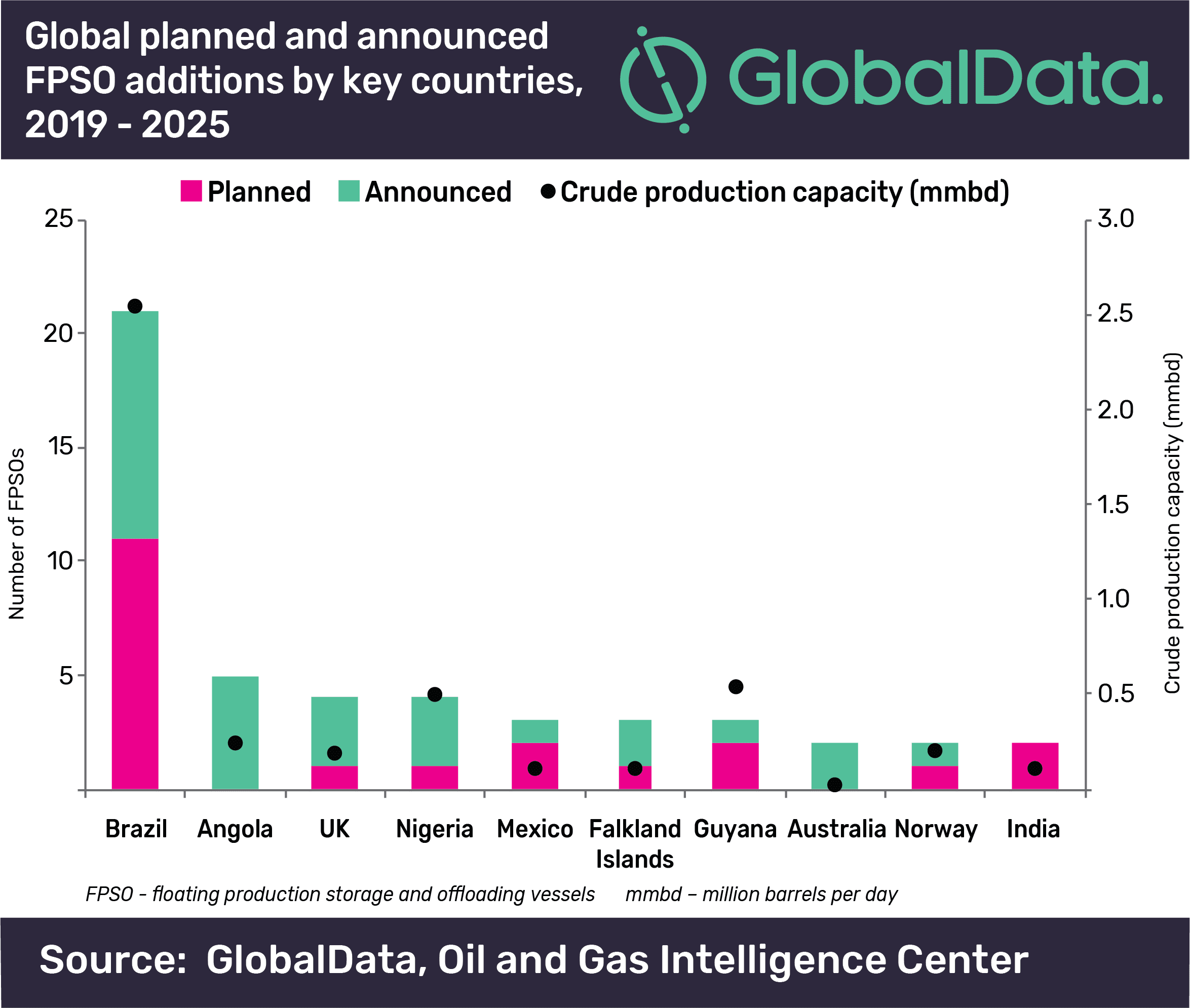 South America has the highest number of planned and announced floating production storage and offloading (FPSO) additions globally between 2019 and 2025, with 27 projects. This is followed by Africa, Asia and Europe with a respective 15, eight and seven FPSOs, says GlobalData, a leading data and analytics company.

The latest analytical report from GlobalData, ‘Q4 2019 Global FPSO Industry Outlook – South America Spearheads Global FPSO Deployments’ identifies 67 planned and announced FPSOs that are expected to start operations by 2025. Of these, 25 are planned projects while 42 are early-stage announced FPSOs that are undergoing conceptual studies and are expected to be approved for development.

Brazil holds the majority share of global FPSO projects, with 21 planned and announced additions by 2025. This is followed by Angola with five FPSOs, and the UK and Nigeria with four each, which are expected to come online by 2025.

In Africa, 15 planned and announced FPSOs are expected to come online across seven countries by 2025. Among these, two are planned and 13 are announced. Angola leads the region with five FPSOs, followed by Nigeria with four.

In Asia, eight planned and announced FPSOs are expected to start operations by 2025. Malaysia and India lead with two each, followed by Vietnam, China, Timor-Leste and Indonesia with one each.

Europe has seven planned and announced FPSOs expected to start operations during the forecast period. The UK leads with four upcoming FPSOs, followed by Norway and Cyprus with two and one upcoming, respectively.

In North America, Mexico leads the region with three FPSOs, while the US and Canada have one upcoming FPSO each expected to start operations during the outlook period.

In Oceania, only Australia has two upcoming FPSOs, while in the Middle East, Israel has one planned FPSO that is expected to be deployed between 2019 and 2025.