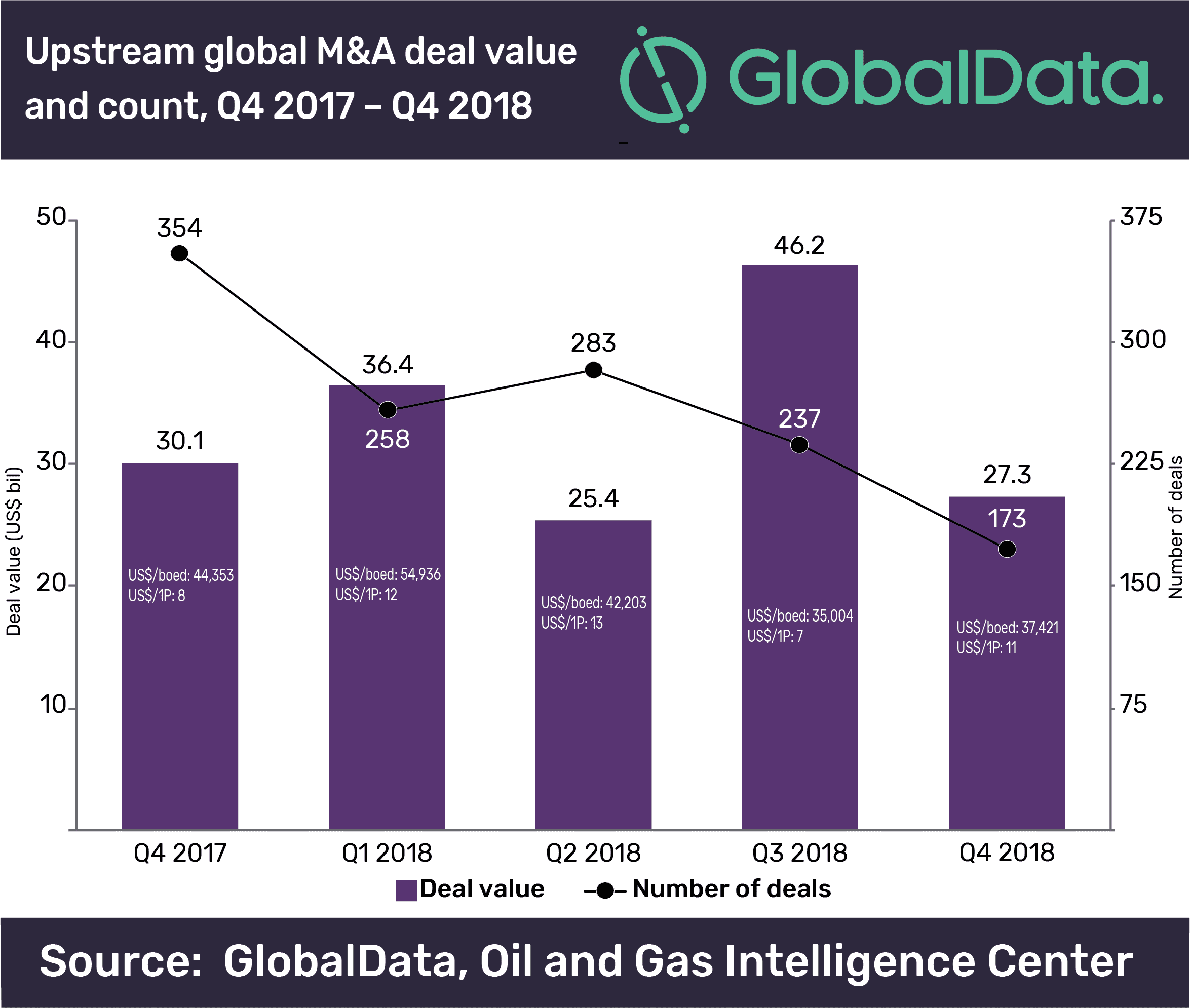 A total of 305 deals with a combined value of US$47.9bn were registered in the upstream oil and gas industry in Q4 2018, according to GlobalData, a leading data and analytics company.

Of the total M&A deals, 104 deals, with a combined value of US$14.4bn, were domestic acquisitions and the remaining 69, with a combined value of US$12.9bn, were cross-border transactions. A quarter-on-quarter comparison shows a substantial decrease in domestic transaction values in Q4 2018, compared to US$39.1bn in Q3 2018. However, cross-border transaction values increased substantially by 82 percent in Q4 2018 compared to US$7.1bn in Q3 2018. 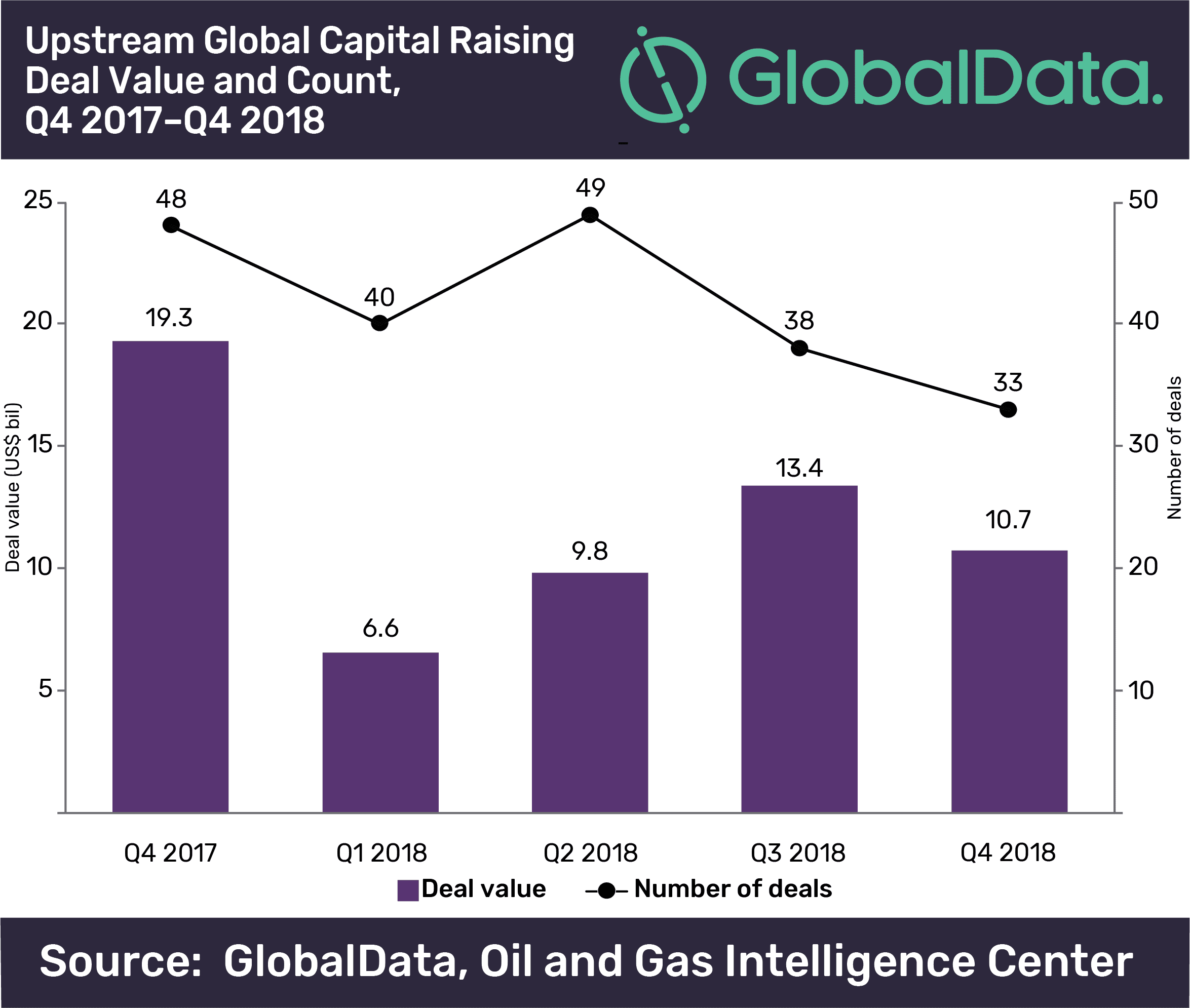