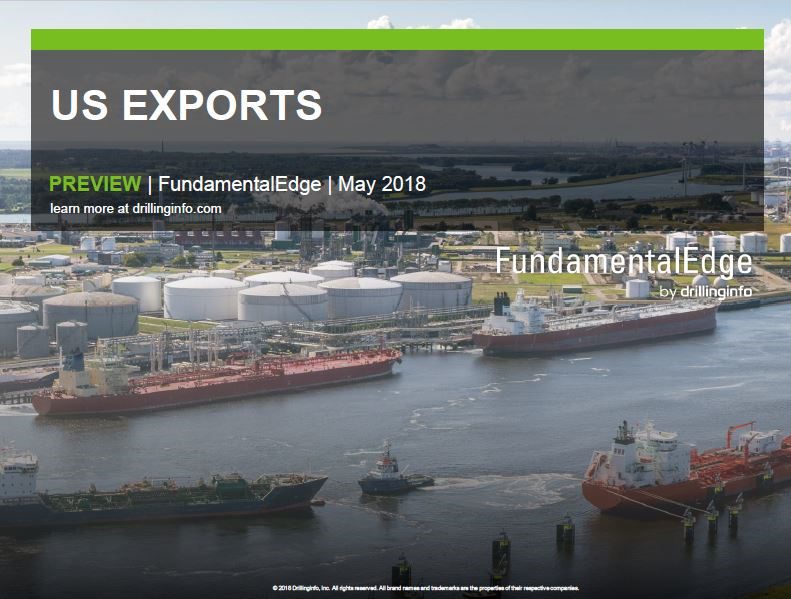 Austin, TX – Drillinginfo, the leading energy SaaS and data analytics company, has released its latest FundamentalEdge series report, US Exports. The report confirms that crude oil exports have indeed grown since the export ban was lifted in December 2015 and breaks down the role US energy commodities will play in international markets.  Drillinginfo analysts caution, however, infrastructure additions are severely needed to allow the supply surplus to reach its overseas markets.

“This is your classic bottleneck challenge,” said Bernadette Johnson, Vice President of Market Intelligence at Drillinginfo. “The US needs to focus on large scale infrastructure and corridors to move hydrocarbons to key coastal locations so exports can continue and not negatively affect operators’ prices,” said Johnson.

For NGLs, strong production growth coupled with high prices in destination markets has prompted significant export development projects for Ethane, LPGs and Pentanes plus.  This will entice more NGLs to find a market outside of the US.