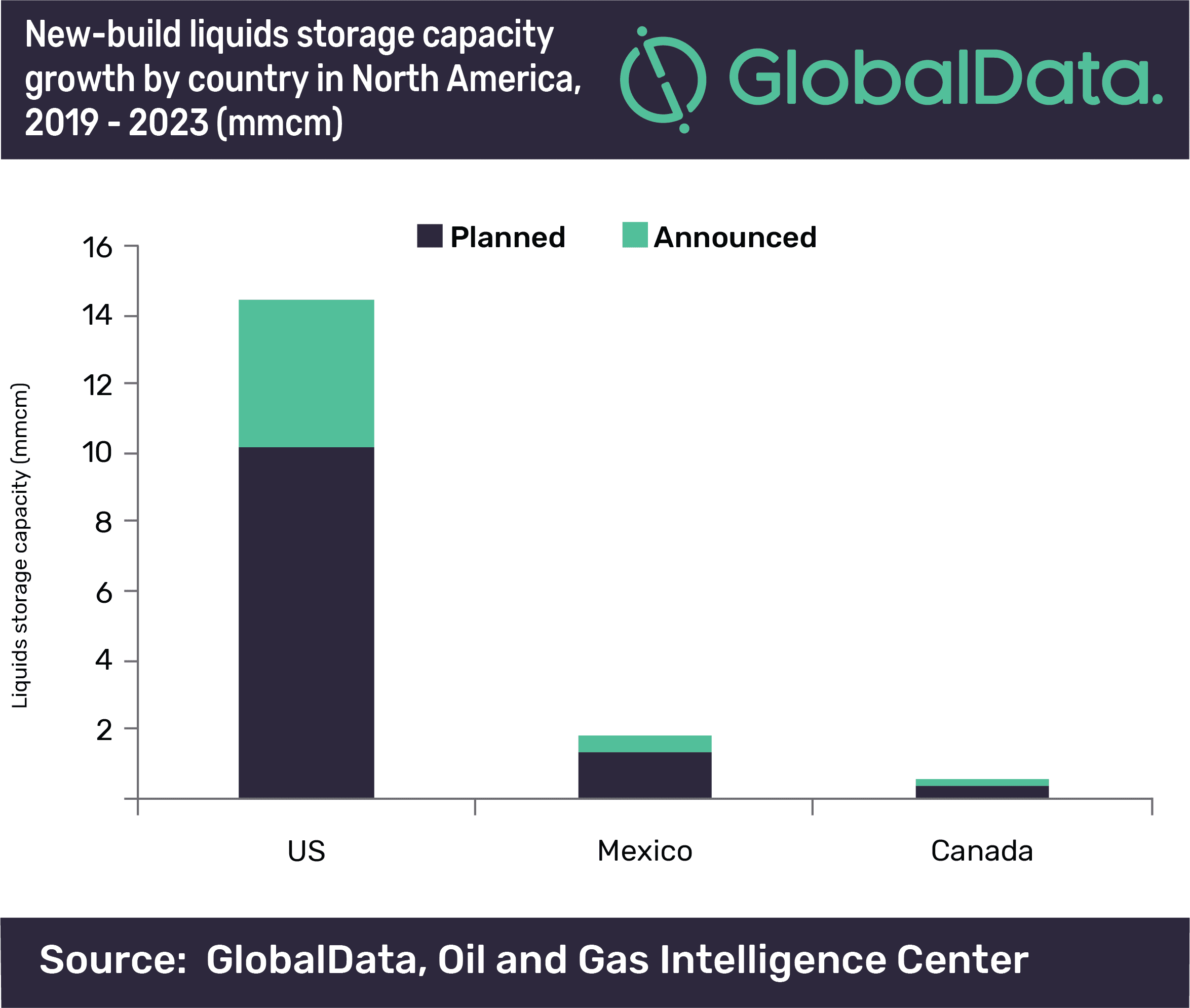 The U.S. is set to drive most of the liquids storage capacity growth in North America with its planned and announced (new-build) terminals, contributing around 85 percent of the regions’ total growth between 2019 and 2023, says GlobalData, a leading data, and analytics company.

The company’s report, Liquids Storage Industry Outlook in North America to 2023 – Capacity and Capital Expenditure Outlook with Details of All Operating and Planned Terminals, reveals that the U.S. is expected to have new-build liquids storage capacity of 14.5 million cubic meters (mmcm) by 2023. Planned projects account for 70 percent of the new-build capacity additions in the region, while early-stage announced projects account for the remaining total.

Varun Ette, Oil and Gas Analyst at GlobalData, comments: “In the U.S., 30 planned and announced liquids storage terminals are expected to start operations during 2019 to 2023. Of these, Plaquemines has the highest storage capacity of 3.2 mmcm and is scheduled to start in 2020.”

Following the U.S., GlobalData identifies Mexico as the second highest contributor to the liquids storage capacity growth in North America with a new-build capacity of 1.9 mmcm by 2023. The country is expected to witness the start of 14 new-build terminals by 2023. Of these, eight terminals are planned with a capacity of 1.4 mmcm and the remaining six terminals are early-stage announced projects.

Ette concludes: “Canada is expected to begin operating three liquid storage terminals by 2023 with a total capacity of 0.6 mmcm.”