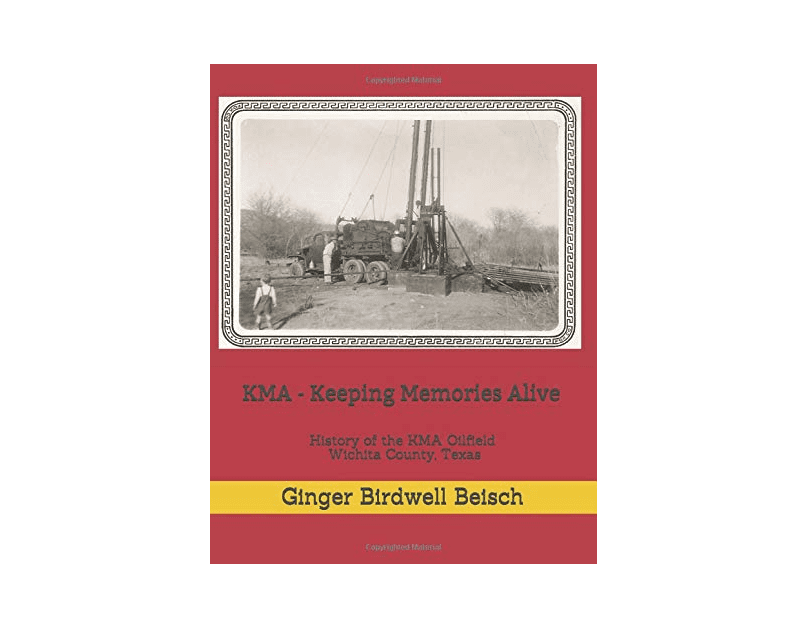 The oil and gas industry has been the driving force behind commerce, culture and community throughout Texas for more than a century.

The early days were marked by individuals who had driving ambition to drill deep into the earth in hope of discovering oil. The risks were high, and the rewards could be high, too.

Four such men were Joseph Kemp of Wichita Falls, S.I. and H.M. Munger of Dallas, and Reece Allen of Electra, who joined together in 1919 to form the Kemp-Munger-Allen Oil Company, and drill a wildcat well a few miles west of Wichita Falls. The #1Munger began flowing oil on Oct. 29, 1919, and the KMA Oilfield was born.

A century later a group of community leaders of the area will gather to celebrate the 100th anniversary with the placement of a Historical Marker. The dedication ceremony will begin at noon on Wednesday at the Kamay Volunteer Fire Department, and everyone is invited to attend.

The KMA Oilfield – named after Kemp, Munger and Allen – covers 135,000 acres about 15 miles west of Wichita Falls extending west and south into Wilbarger and Archer counties.

Independents initially drilled most of the wells, but they were soon joined by the larger companies like Gulf Production and Humble Oil and Refining. By August 1920 the KMA Oilfield was producing 7,200 barrels of oil per day.

Ginger Birdwell Beisch has authored a book about the history of the KMA Oilfield entitled KMA – Keeping Memories Alive. She points out that the economic development after the first discovery resulted in the birth of a new community, Kemp City, named after Joseph Kemp.

“The oil boom created by the #1 Munger was short lived,” Ms. Beisch said. “By 1921 production had declined and saltwater was an increasing problem. Through the 1920s there was continued activity in the oilfield, but at a much slower pace.”

“The burst of oil finds led to the rapid growth of Kemp City,” she said. “By January of 1938 Kemp City had mushroomed to sixty businesses. A call for establishing a post office brought about the name change to Kamay. Kemp City was rejected by the post office as a duplicate to Kemp, Texas and KMA was not accepted as not being a word. The postmaster added an “a” and “y” to make Kamay.”

The economic activity expanded throughout North Texas as more companies arrived to test their skill and luck.

Today many wells continue to produce a high-gravity oil. Some 3,000 wells have been drilled in the KMA oilfield since 1919 producing more than 650,000 barrels of oil.

“With proven recovery methods and improved techniques of the petroleum industry, in addition to the ingenuity of the operator, the KMA Oilfield should continue as a vital component of the U.S. energy production into its second century,” Ms. Beisch said.