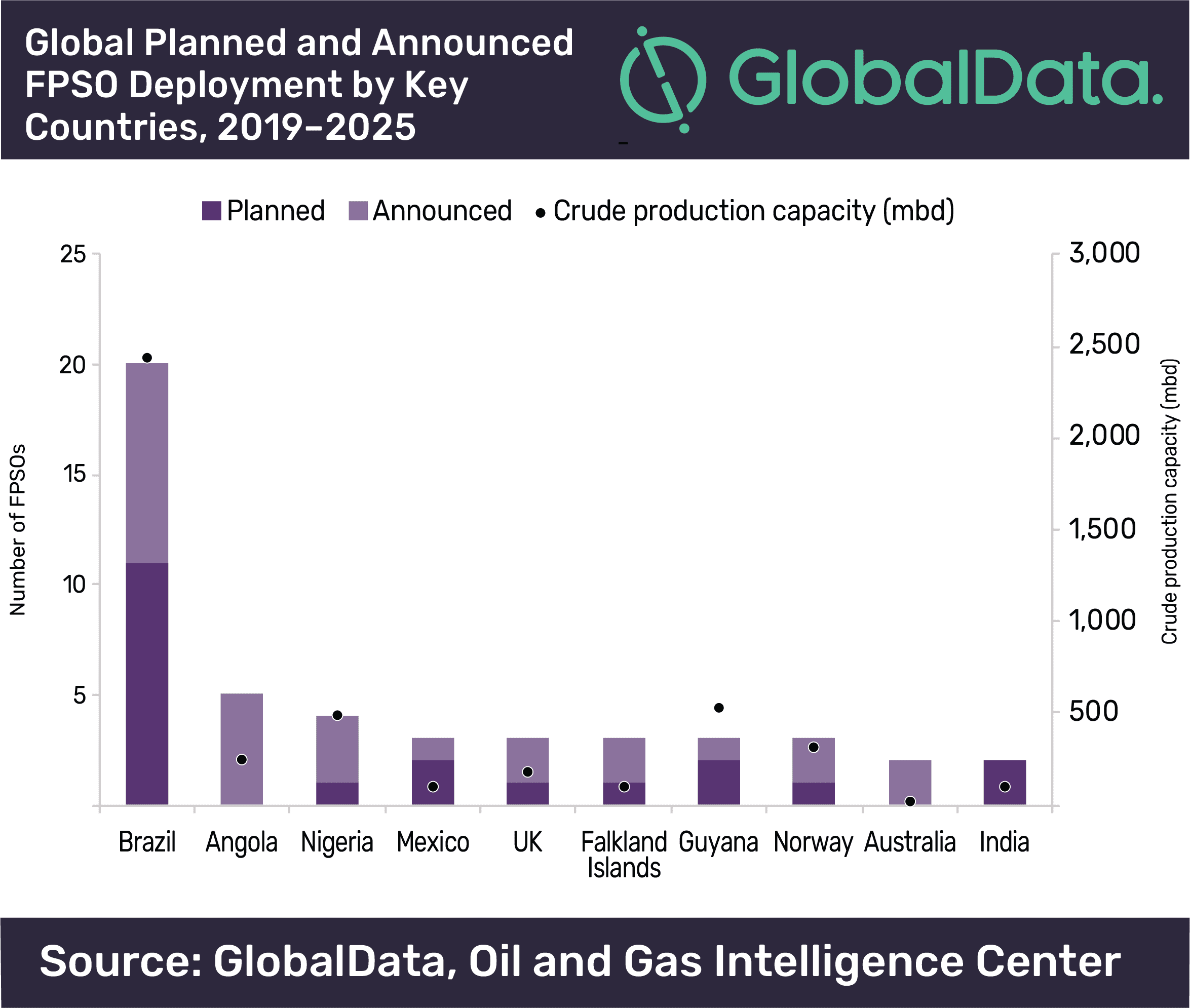 A total of 20 planned and announced floating production, storage and offloading vessels (FPSOs) are expected to be deployed offshore Brazil between 2019 and 2025, the highest among countries globally, according to GlobalData, a leading data and analytics company.

Among the 20 upcoming FPSOs to be deployed in Brazil by 2025, 11 are planned with identified development plans while nine are early-stage announced FPSOs that are undergoing conceptual studies and are expected to be approved for development. Petroleo Brasileiro SA (Petrobras), the state-owned company of Brazil, will operate 13 out of these 20 FPSOs.

Soorya Tejomoortula, Oil & Gas Analyst at GlobalData, comments: “In Brazil, the Mero (Libra Noroeste) field is expected to have the highest deployment of four upcoming FPSOs by 2025; Marlim and Lula Oeste are the additional key offshore fields in the country with two FPSO deployments each during the outlook period.”

Nigeria follows Angola with the deployment of four FPSOs, of which three are announced and one is planned. Yinson Holdings Bhd is the operator of the planned FPSO, Abigail-Joseph.

Brazil, Angola, and Nigeria are expected to contribute around 62% of global crude production capacity through FPSOs by 2025.