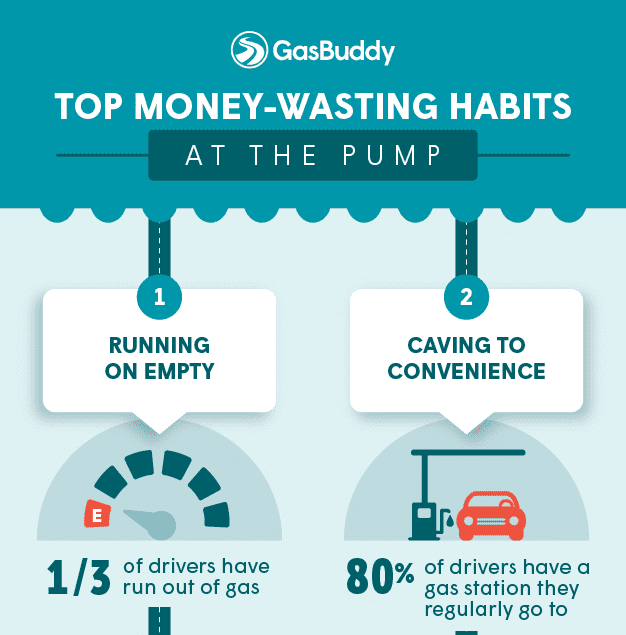 BOSTON — Old habits die hard, and in this case, it is costly too. GasBuddy, the only smartphone app connecting drivers with the Perfect Pit Stop, today issued its 2019 Pump Habits Study, an annual study to glean insights on how consumers decide where and when to stop for fuel, revealing that drivers can overpay by up to $375 per year due to factors such as laziness, procrastination, and not taking advantage of loyalty programs.

This study was first conducted in 2016, and compared to the results from this year’s study, the results have remained consistent even though gas prices have fluctuated. There are three things drivers continue to do that can cost them hundreds per year.

More than one-third (35 percent) of those surveyed have run out of gas. Most people (39 percent) wait until they only have a quarter tank left of gas while 18 percent wait until the gas light comes on. Only 18 percent of people decide to fill up when they see a station with a good price.

“If you’re waiting until the last second to get gas, you’re going to pull into the first station you see without checking a price and risk filling up at an expensive station,” said Patrick DeHaan, head of petroleum analysis at GasBuddy. “Our research shows that having enough fuel in your tank to shop around for the lowest price, especially in large metro areas including Los Angeles, Boston and Chicago can save upwards of 60 cents per gallon.”

Nearly 80 percent of respondents have a gas station they regularly go to. When choosing a regular station, 31 percent say it’s because the station’s location is convenient, up 7 percent from GasBuddy’s 2016 pump habits survey.

“Going to the same station because it’s convenient is robbing drivers’ wallets,” said DeHaan, “The station around the corner could be as much as 15-30 cents per gallon less. Coupled with other bad habits like running on empty, drivers are missing out on a potential savings of $325 per year.”

3. Losing out on Loyalty Programs

While the majority of respondents have a gas station they regularly go to, 46 percent of drivers are missing out any same-station savings by not belonging to any gas station loyalty or membership programs that are accepted at multiple gas stations across the country. 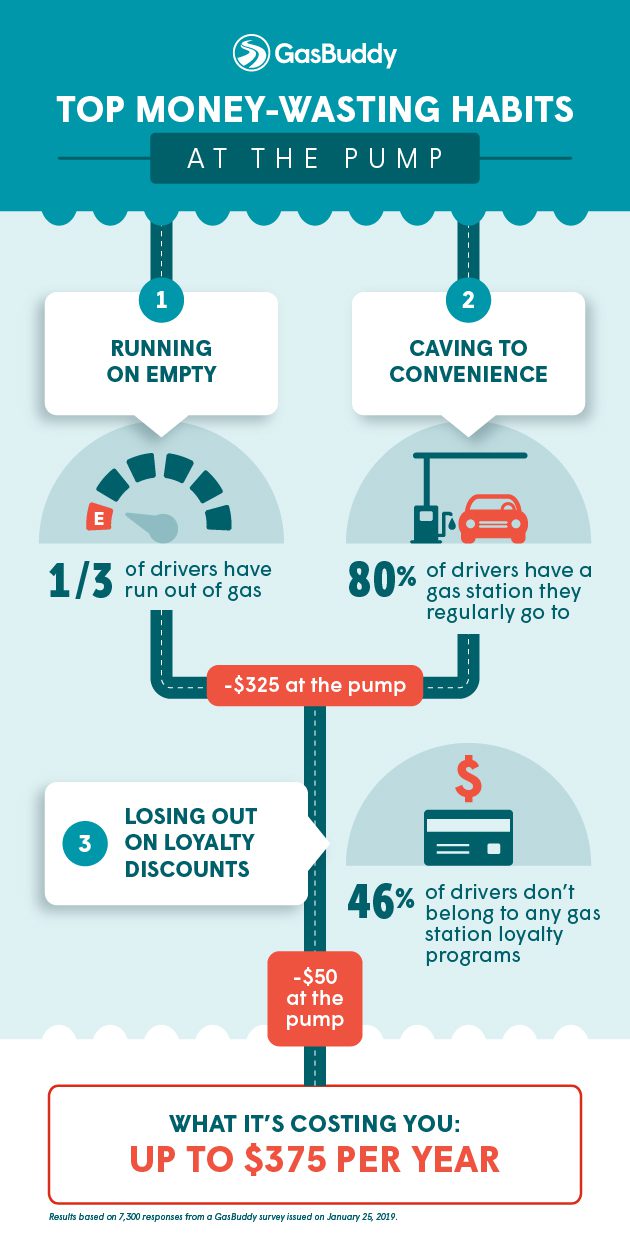 Methodology
Results based on 7,300 responses from a GasBuddy survey issued on January 25, 2019.

About GasBuddy
GasBuddy is a company that connects drivers with their Perfect Pit Stop. As the leading source for crowdsourced, real-time fuel prices at more than 150,000 gas station convenience stores in the U.S., Canada and Australia, millions of drivers use the GasBuddy app and website every day to find gas station convenience stores based on fuel prices, location and ratings/reviews. GasBuddy’s first-of-its-kind fuel savings program, Pay with GasBuddy, has saved Americans more than $4.5 million at the pumps since its launch in 2017. The company’s business solutions suite, GasBuddy Business Pages, provides Fuel Marketers and Retailers their best opportunity to maintain their station information, manage their brand, and promote to their target consumer audience.