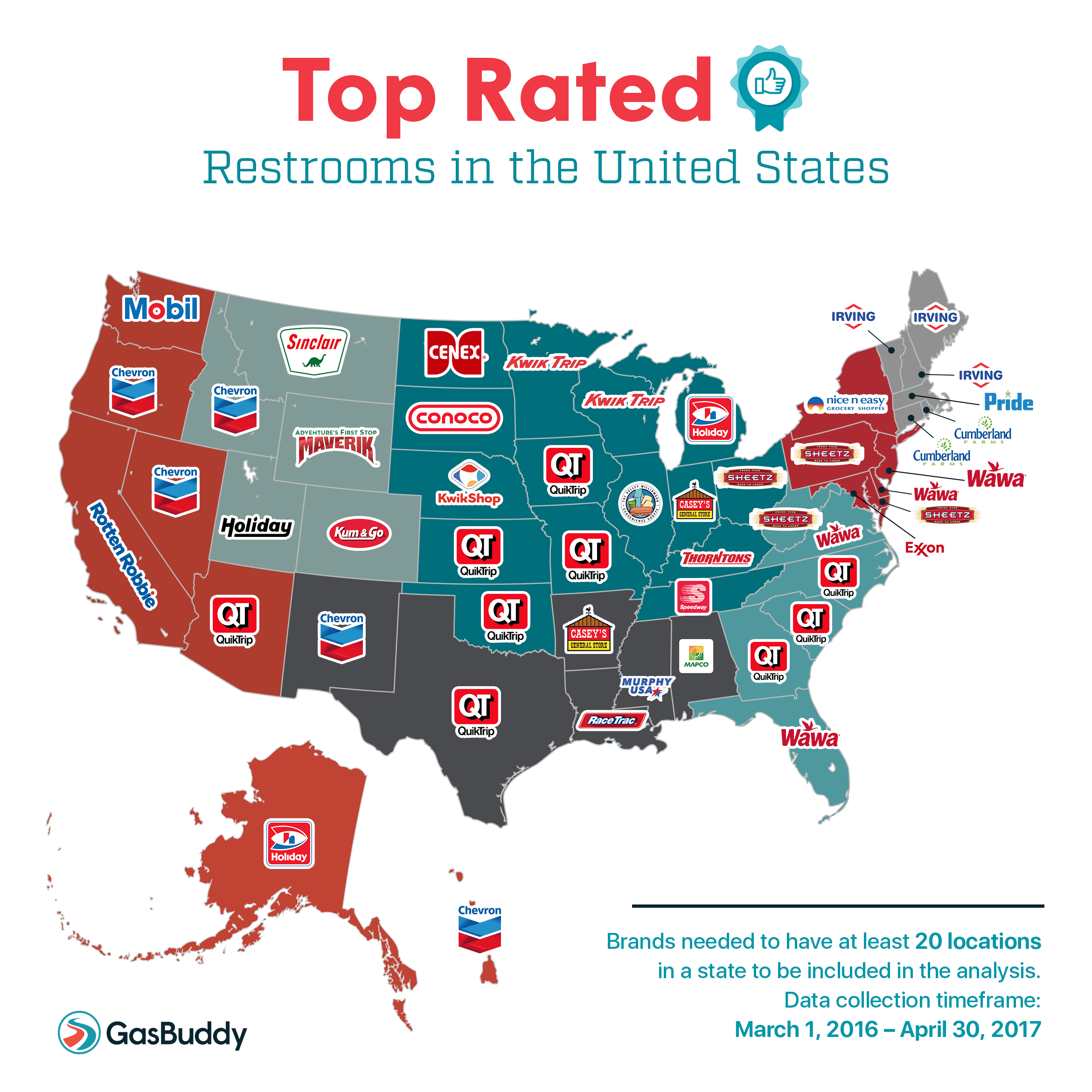 With summer road trip season around the corner and millions of Americans hitting the road, GasBuddy reveals which gas station brands have the highest-rated restrooms making them the best bet when nature calls.

Tulsa-based QuikTrip secured the top seat in nine states, the most out of any other brands. Chevron came in second, leading in five states on the West Coast, followed by Sheetz and Wawa each topping the list in four states.

According to a recent GasBuddy survey, 64 percent of respondents said one of their worst fears about a road trip is the need to use the restroom and not knowing when the next one will be available1. Additionally, 69 percent of users said they wouldn’t consider visiting a gas station convenience store with less than 3 out of 5 stars.

“Today’s customers expect more than a key attached to a hubcap or a sign informing visitors that restrooms are for ‘paying customers only’,” said Frank Beard, convenience store and retail trends analyst at GasBuddy. “As someone who has visited more than 1,000 c-stores in 24 states, I’ve seen that many leading convenience stores have already separated themselves from the competition by making restroom quality a priority.”