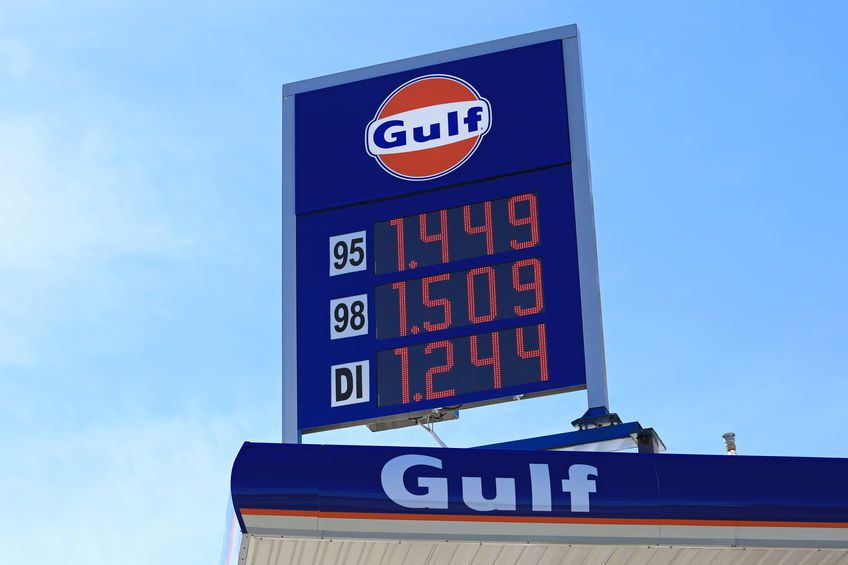 Gasoline prices from coast-to-coast have declined more than $1 per gallon this year as a result of a massive oversupply of petroleum products.

AAA reported the nationwide average price for a gallon of regular gas at $1.768, and the Energy Information Administration said the average is $1.773 down $1.114 from last year, a decline of 39 percent.

California has the highest price of $2.751, and Wisconsin has the lowest price at $1.50. Only 12 states, most located on the west and east coasts, has an average price of $2 per gallon or more, AAA said.

Gasoline demand has declined from 9.409 million barrels per day on April 19, 2019, to 5.311 million b/d on April 17, according to EIA. The nationwide restrictions on travel ordered by federal and state governments because of the pandemic created by the coronavirus and the economic recession are the major reasons for the dramatic decline in demand for gasoline.

Economists attribute the reduction in gasoline prices to the decline in demand coupled with the oversupply of crude oil.

EIA reported crude oil production in the U.S. at historic highs – 13 million b/d – in February. But as prices began to fall from $60 per barrel to a low of -$37 on the NYMEX on April 20, oil producers responded to market conditions by reducing production by about 900,000 b/d.

Several states – Texas being one – announced this week that they will phase in a back-to-work program for some businesses, which should begin an increase in economic activity and resulting in more consumption of petroleum products like gasoline.

The recovery will take time and economists at the Federal Reserve Bank in Dallas forecast a very tough second quarter (April to June) economically, but improvements during the last half of 2020. Low gasoline prices will be a contributing factor leading to a recovery in the future.