SGR Energy President and CEO Tom San Miguel never imagined how a tank truck driver job would change his life so much for the better.

In early 1990, San Miguel accepted a job hauling heavy fuel for his mentor David Kramer. At the time, David had recently left a very successful stint at Enjet helping them grow from a five-person team to become one of the largest physical blenders of heavy fuels in the United States.

Then, Kramer had a heart attack in 1989. It was mild physically, and yet still, life-altering. 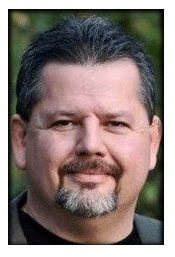 “David was a pioneer in the industry and an absolute artist when it came to blending fuels, but the stress of Enjet was just too much,” San Miguel said. “So, he left Enjet and started NMM Enterprises, bringing me on as one of its first employees.”

At the Gulf Coast fuel oil trading company, San Miguel worked his way up the NMM Enterprises ladder to become the COO. That’s when he realized his own business-ownership destiny founding SGR Energy in 2011 with just $1 million in seed investor money and three employees.

“The company basically bobbed along as a $4 million to $6 million a year company,” said Craig Hicks, Senior VP, Investor Relations for SGR Energy. “Then in late 2015, Tommy decided we needed to take SGR to the next level with his sights set on becoming a global company.”

“Our goal is to hit $1 billion by the end of 2019 before going public in 2020,” San Miguel said. “What’s most exciting about our growth potential is the size of the industry itself. We have averaged selling about 150,000 barrels per month over the past year. Even if we were moving over 1 million barrels per month, we would still be moving less than .02% of the global fuel oil market.”

According to the EIA, only 26% of the world’s population currently has a power source. As emerging markets continue to grow around the world, there is going to be more demand for power in countries that lack the infrastructure for natural gas, and low sulfur heavy fuels will be needed.

“SGR has a backlog of contracts and at this point, we need to continue expanding the company infrastructure to realize our vision,” San Miguel said. “With the global environmental needs facing our industry and SGR’s cleaner burning low-sulfur fuels, we see a very bright future for SGR. Think big, win the world.”