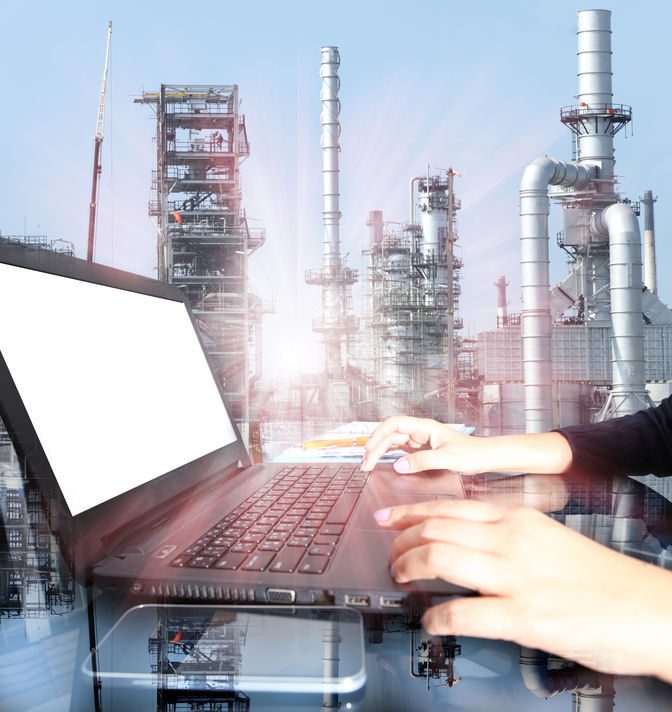 A noticeable trend in the past couple of years is that the oil and gas industry was constantly experiencing a bumpy road on a global scale. This was due to mega capital expenditures on projects and prolonged runs of their growing counts on rigs. As a result, the prices of oil precipitously rose – especially in the period between 2014 and 2015. Within a short time after these results were experienced by the industry, these companies started investing heavily in rosy forecasts and were seen slowing or halting their units of operation.

Due to all of the above, it is time for executives in the oil and gas industry to explore and consider digital technology advancements. This is so because these technologies have the potential to completely transform operations to generate additional profits – that too from the existing capacities!

These decisions are not made on mere anticipations of profits, of course. From external researches alone, it is easy to determine that digital technologies have the ability to reduce the total capital expenditures by a massive 20 percent. While doing so, they may also be able to cut operating costs in the upstream sector by somewhere between 3 to 5 percent. In the downstream sector, these technological advancements can cut the costs to half!

The oil and gas sector isn’t new to digital transformations though. These companies were among the pioneers that brought about the digital age, all the way back in the 80s and 90s. This was way before phrases like the Internet of Things, Advanced Analytics and Big Data were even known to us. Around this time, these oil and gas corporations were making use of 3D linear program modeling in their refineries. With the help of these technologies, these companies were able to bring about new kinds of sources for hydrocarbons which, in turn, were able to deliver wide arrays of operation efficiencies all over their respective value chains.

That being said, these corporations are now moving towards a completely new assortment of technological advancements. Due to these, the oil and gas sector is poised for a second digital age. With the help of these technologies, these corporations will be able to experience reduced costs, unparalleled levels of productivity and significant boosts in performance.

What is important here is that executives should be looking to harness the right kind of technologies that will be able to complement their respective business strategies. If this is implemented efficiently, the industry is looking at production increases and cost savings of up to $1 billion. Not only will this be the case, but these organizations will be poised to pursue all sorts of new growth opportunities.

Some specialists in the sector have also said that the oil and gas industry is specially tailored for technological transition and transformation. This is so because their operations are spanned over an area of multiple regions with the help of extensive supply chains and heavy capital investments. Because of these, the clarity and visibility offered by digital technologies and advanced forms of analytics can bring about new views and unprecedented increases in agility. All-in-all, these corporations will be looking at greater amounts of support in order to implement strategic decision making.

According to researches, technologies that will be employed by the oil and gas sector will fall into the 3 following categories:

While the O&G sectors are already making use of advanced analytics to transform most functions, they are also making use of the latest technologies like equipment sensors and drones. These technologies are revolutionizing maintenance and monitoring of equipment which, in turn, will reduce the costs of preventative maintenance by up to 13 percent. This will create a snowball effect which will reduce costs by up to 27 percent.

Corporations have already employed digital applications to increase the limits of their reservoirs significantly. This will help decrease capital expenditures tied up in downstream and upstream sectors by at least 20 percent. In fact, some companies out there are already making use of 4D seismic imaging – which helps them create time-lapse dimensions in order to predict fluid changes.

Oil and gas retailers have started using digital technologies in order to better understand consumer preferences and habits. This will, in turn, help optimize pricing models and manage the supply chains of companies in a more efficient manner. Collectively, these efforts are predicted to lower costs in this category by at least 10 percent and to increase the overall revenues by 3 percent.

With the current situation of the O&G sector, corporations need to reinvent themselves towards improved levels of productivity. Investments in digital technologies are an executive move that will leave leaders with no regrets. This is so because technologies will readily prove their value in the form of increased efficiencies, reduced costs, and maximized revenue generation.