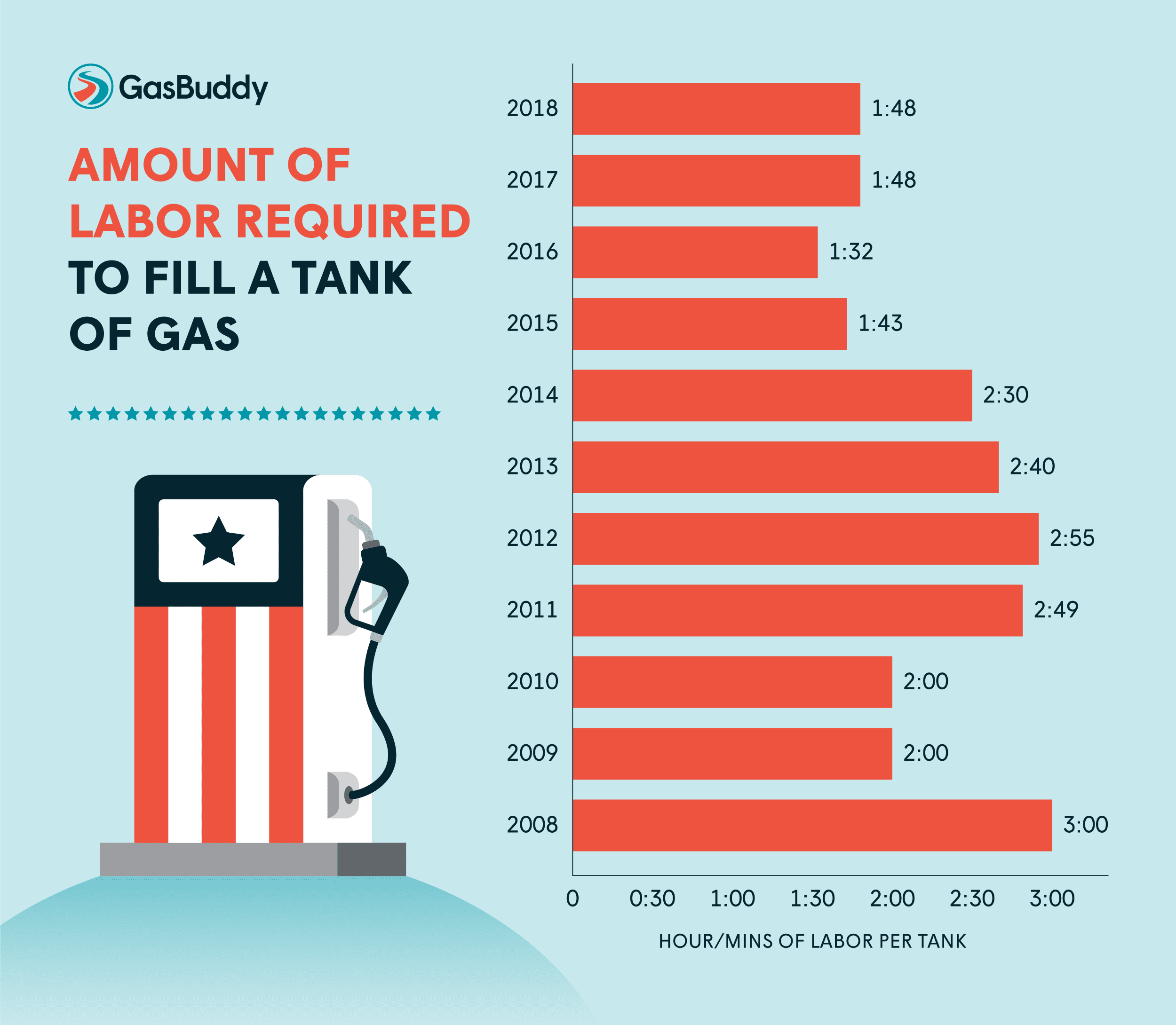 BOSTON – Consumers have seen the most expensive summer at the pump since 2014 with an average of $2.73 per gallon thus far, according to GasBuddy, the only smartphone app connecting drivers with their Perfect Pit Stop.

The average gas price over Labor Day weekend is expected to be $2.84 per gallon, a 20 cent increase from Labor Day 2017.

“It’s been consistently a more painful summer at the pump than what we’ve been accustomed to when compared to the last few summers,” said Patrick DeHaan, head of petroleum analysis at GasBuddy. “Without major hurricanes, we should continue to see prices gently decline in the weeks ahead as demand begins to slow into the autumn, wrapping up the priciest summer at the pump since 2014, but overall, with a moderately less sting than what we saw earlier on this decade. Next year may follow in this year’s footsteps with higher Labor Day gas prices, so what we’re upset about this year could bring nostalgic memories next year. Enjoy it while it lasts.”

While gas prices have remained high, motorists have worked hard to fill their tanks. Taking into account the average wages across the nation from the Bureau of Labor Statistics, the average American needs to perform an hour and 48 minutes of labor to earn enough money to fill a tank of gasoline.

On average, motorists have also shelled out more than $1.11 billion per day on gasoline purchases this season, up from a decade low of $912 million per day during the summer of 2016. This summer’s total fuel bill, while the highest since 2015, will still be the third lowest since 2011.

While some have chosen to sweat more to pay the higher fuel bill, smart drivers have turned to Pay with GasBuddy, which offers savings and yearly plans so motorists can pay lower prices. To learn more, visit pay.gasbuddy.com.

GasBuddy is a smartphone app connecting drivers with their Perfect Pit Stop. GasBuddy is the leader in crowdsourced information to help drivers find the best gas prices, closest stations, friendliest service, cleanest restrooms, tastiest coffee and much more. GasBuddy is the leading source for the most accurate, real-time fuel prices at more than 150,000 gas stations in the U.S., Canada and Australia. The Company’s B2B Retailer Software-as-a-Service (SaaS), known as GasBuddy Business Pages, provide Fuel Marketers and Retailers their best opportunity to maintain their station information, manage their brand, and promote to their target consumer audience.