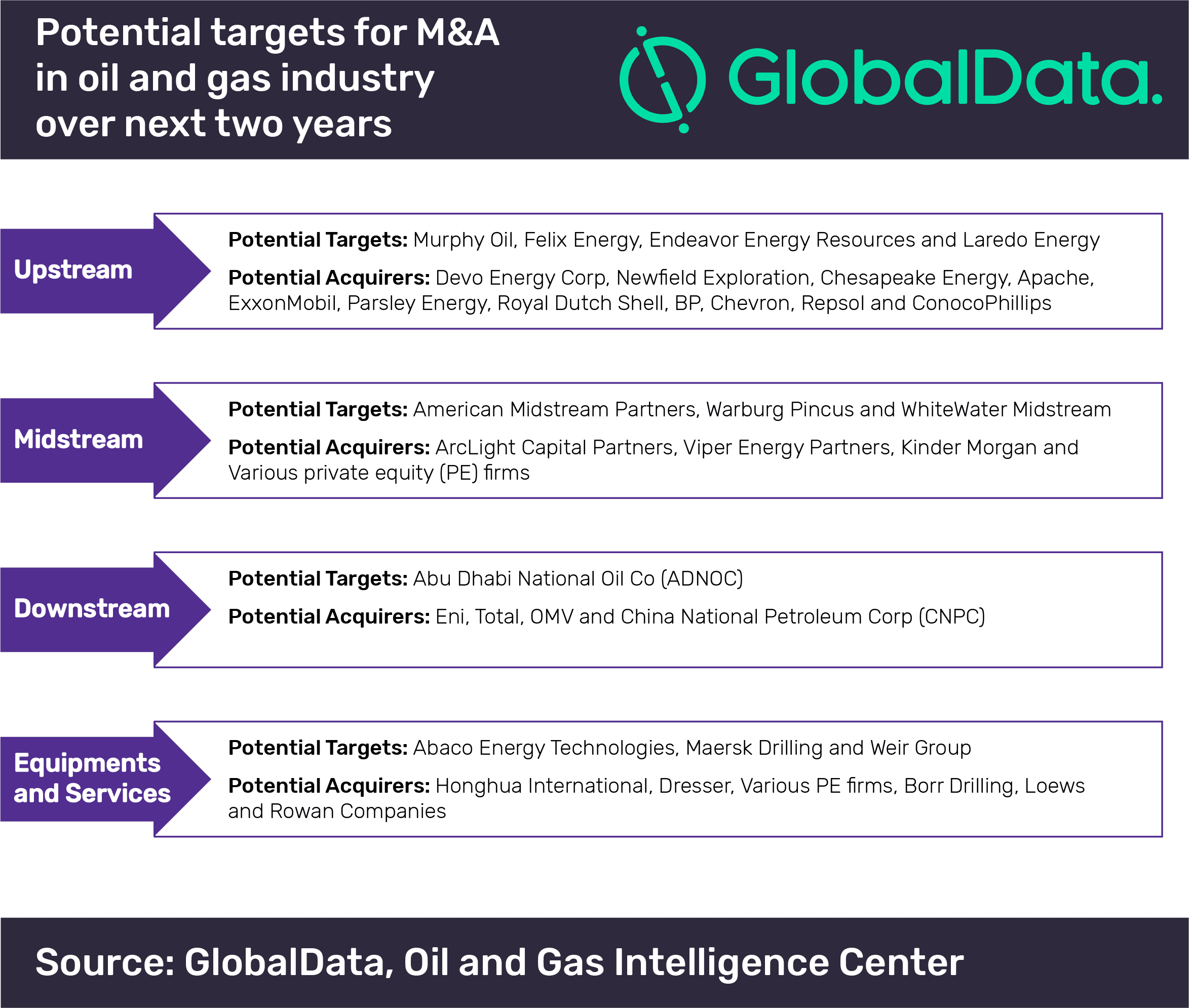 Mergers and acquisitions (M&A) played an important role in helping oil and gas companies survive through one of the most tumultuous times over the last five years, as oil price continues to be volatile ever since falling from $100 a barrel in 2014, according to GlobalData, a leading data and analytics company.

The company’s report: ‘M&A in Oil and Gas’ reveals that falling revenues and rising debts compelled oil and gas companies to realign their strategic objectives and reshape their portfolios, leading to a large number of M&A deals.

Ravindra Puranik, Oil & Gas Analyst at GlobalData, comments: “Oil majors, especially Total, ExxonMobil, Chevron, Equinor, and Shell, were involved in a number of deals as they acquired companies and assets at attractive valuations, while also offloaded the ones that could impact profitability.”

Oil and gas companies executed around 10,000 M&A deals in the five years to November 2018. More than 60% of the deals that were completed were in the upstream sector. The shale patches in the US and the oil and gas fields in the North Sea continental shelf featured prominently in these upstream deals.

The slowdown in upstream activity due to low oil prices also had a drastic impact on the equipment and services sector.

Puranik adds: “As oil and gas companies scaled back their operations and postponed expansion plans, the number of market opportunities declined considerably for oil field service providers, leading to an industry-wide consolidation.”

The End of Oil?

Importance of Training Programs in the Oil and Gas Industry