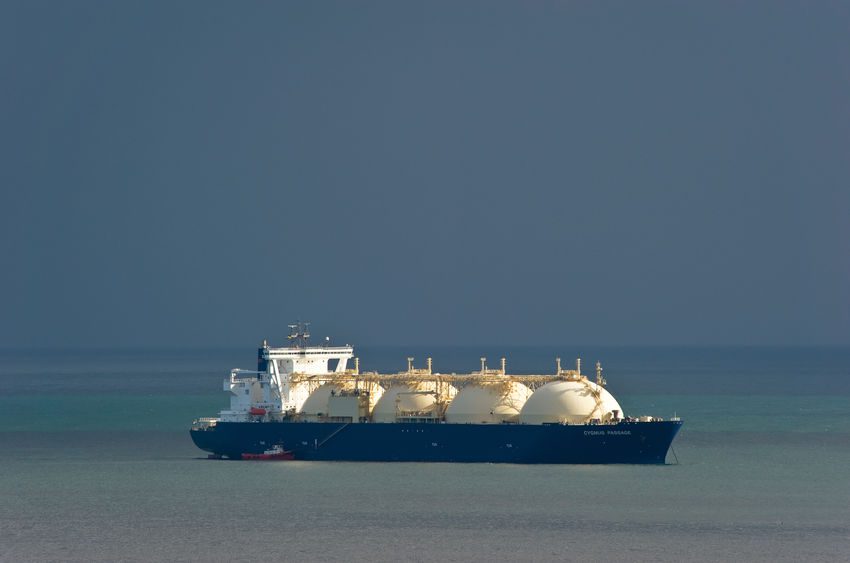 Liquefied natural gas (LNG) is the liquid form of natural gas, primarily used for shipping purposes across the world. An LNG chain consists of production, liquefaction, storage, shipping, and regasification. Planned LNG is a term that includes regasification and liquefaction capacity at onshore and offshore LNG terminals.

The energy density of LNG is much greater than compressed natural gas (CNG) and other fuels. Thus, converting the natural gas into liquid form is a process known as liquefaction, which makes it cost-efficient as well as much easier and safer for the exporters to store it in special tankers and transport it from one country to another. LNG is odorless and colorless which makes it undetectable, which is why one should be very careful and avoid leakage while storing and transporting LNG as any slight leakage of gas may turn out to be explosive.

Once LNG is delivered to the destination, it is then reconverted into its gaseous state by a process called regasification. The gaseous form is then used by consumers for numerous purposes such as heating, cooking, generating electricity, long-haul vehicles, etc. Furthermore, LNG is used as a fuel in many industries for the production of metal, chemicals, clothing, etc. It is also used as a raw material in products like fertilizers, paints, etc. Here, it is worth mentioning that a clean fuel like natural gas has a wide utility and does have a global demand across the residential, commercial and industrial sectors.

Conversion of Natural Gas Into LNG

Exporters use either of the two main methods i.e., the cascade procedure or the linde process, to convert the natural gas into the liquefied form. The cascade process involves the cooling technique of one gas with the help of another one, while in linde method, the natural gas is compressed, cooled below -163 degrees Celsius, and expanded till it becomes liquid. Thus, the linde procedure is basically a regenerative cooling method and is mainly used everywhere as a transport tool.

Reasons For the Growth of the Planned LNG Market

The planned LNG market is becoming one of the fastest-rising energy sectors in the world. According to a report published by Allied Market Research, the global planned LNG market size is projected to register a significant CAGR from 2020-2030. The rising population, mainly in India and China, has increased the demand for industrialization across the world. This, in turn, has fostered the need for energy especially for electric power along with the demand for the development of planned LNG terminals at various locations. On the other hand, a rise in the number of domestic and foreign terminals has resulted to double the cost for building LNG terminals, which sequentially, has hampered the planned LNG market to some extent. However, there are a lot of other positive factors driving the growth of the planned LNG market such as the development of unusual energy sources, expansion in liquefaction technology and gas discoveries, and variations in the supply of crude oil, advancement in liquefaction plants, etc. Also, in the past couple of years, new technologies have been invented such as, floating production, storage and offloading (FPSO), which has decreased the production cost of LNG, while giving enormous opportunities to the market players around the globe.

COVID-19 Impact on the Market

LNG prices were usually higher than coal and other fuel prices. Unfortunately, the outbreak of the COVID-19 pandemic has led to global lockdown, which has adversely affected the LNG market trends. The LNG regasification projects such as Soko Floating and Tangshan expansion, mostly based in India and China were underway to get started in 2020 but had stopped their operation and got delayed due to the restrictions and suspensions of industrial activities. This, in turn, has led the industry to experience low prices and oversupply. Although the oversupply and low price is creating LNG’s challenge, it is also creating an opportunity. Now, because of the lower price of LNG, which is almost equal to coal, the world is likely to use LNG to a greater extend.

Major Players in the Market

North America, Europe and Asia Pacific region is determined to dominate the market of planned LNG in the upcoming years. The United States has one of the world’s largest reserves of natural gas. In fact, the U.S., Australia, and Qatar have a huge scope to become the world’s largest exporters in the near future. Currently, the major LNG exporters are Russia, Malaysia, and Indonesia while Japan is the world’s largest importer of natural gas. In a nutshell, the growth of the LNG industry has improved remarkably over the past decade and thus, will keep booming as consumers now aim to demand cleaner fuel over the traditional energy sources such as oil and coal.