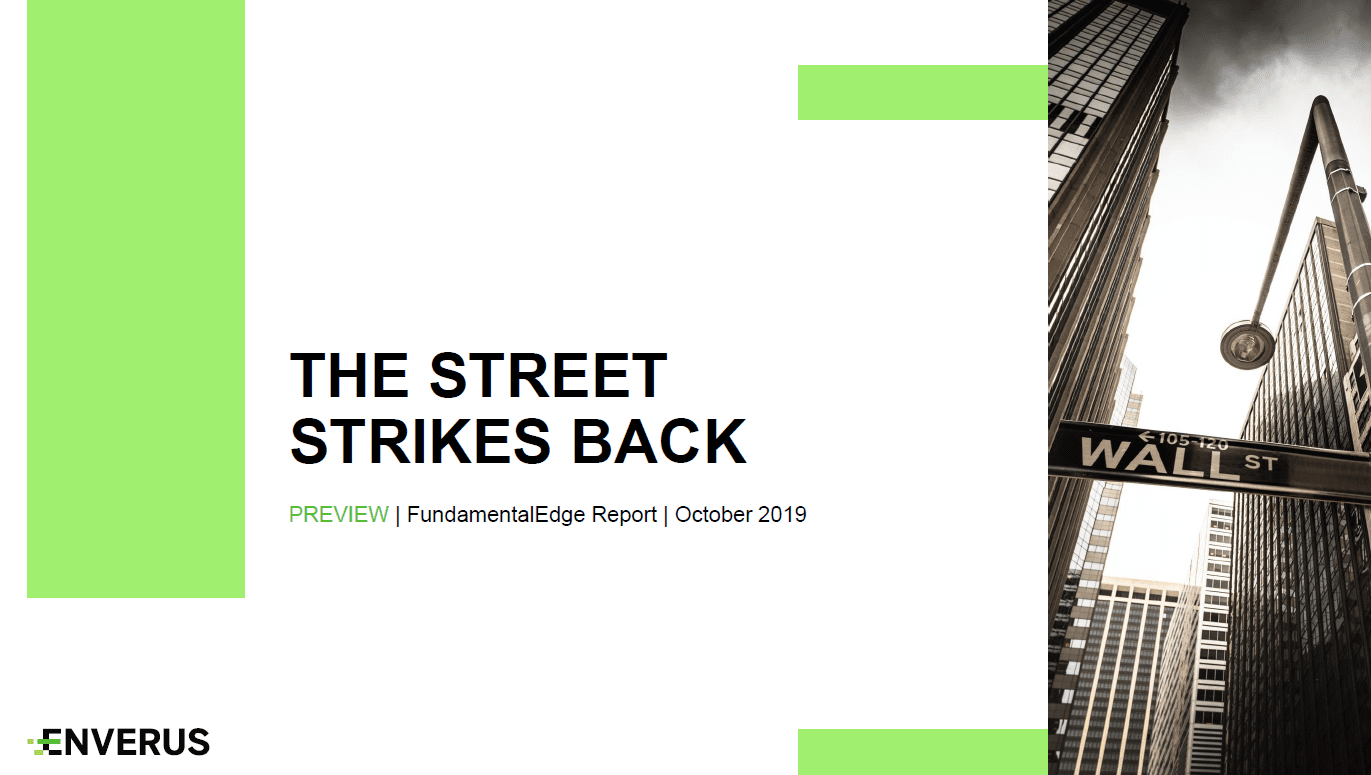 Austin, TX – Enverus, the leading oil and gas SaaS and data analytics company, has released The Street Strikes Back, a new report in its FundamentalEdge series focused on geopolitical and domestic impacts affecting the oil, natural gas, and NGL markets.

“Global incidents like the attack on Saudi oil facilities that used to send lasting ripples across the world and disproportionately harm the United States are now being dismissed,” said Bernadette Johnson, Vice President of Strategic Analytics at Enverus. “What used to trigger a major buy or sell in crude oil, or cause prices at the pump to skyrocket, are being shrugged off by the markets in a day,” she said. “Absorbing most of that impact is the Permian basin, which has since jumped to 40% of total U.S. oil production, but capacity and bottlenecks continue to be a major problem there. The good news is relief is on its way with several planned pipelines expected to come online soon,” she said.

“America’s energy story isn’t just about crude oil,” Johnson added. “Liquefied natural gas (LNG) exports set a record high during the summer of 2019, and our projections indicate they could nearly double from 5.0 Bcf/d to 9.0 Bcf/d by 2023. However, trade wars could certainly alter that anticipated future.”

“Also, Wall Street continues to keep a watchful eye on capital plans. This shift to generating free cash flow is reaching an inflection point for many, and with that brings reduced activity. Operators want to ensure positive cash flows exceed expenditures, which brings them one step closer to returning cash to shareholders or reducing debt,” Johnson said.

Enverus’ The Street Strikes Back is the 4Q2019 installment of its FundamentalEdge series. This market outlook service presents the company’s current view of the oil, natural gas, and NGL markets and where they are headed over the next five years.

Operators were shown no mercy in Q2’19 earnings season. Infrastructure constraints and spacing issues caused sell-offs, while shareholder returns and free cash flow surprises continue to drive the gains. Most small to mid-sized operators are sticking to front half weighted capex programs, but lower prices did little to cause revisions to D&C plans for the remainder of the year.