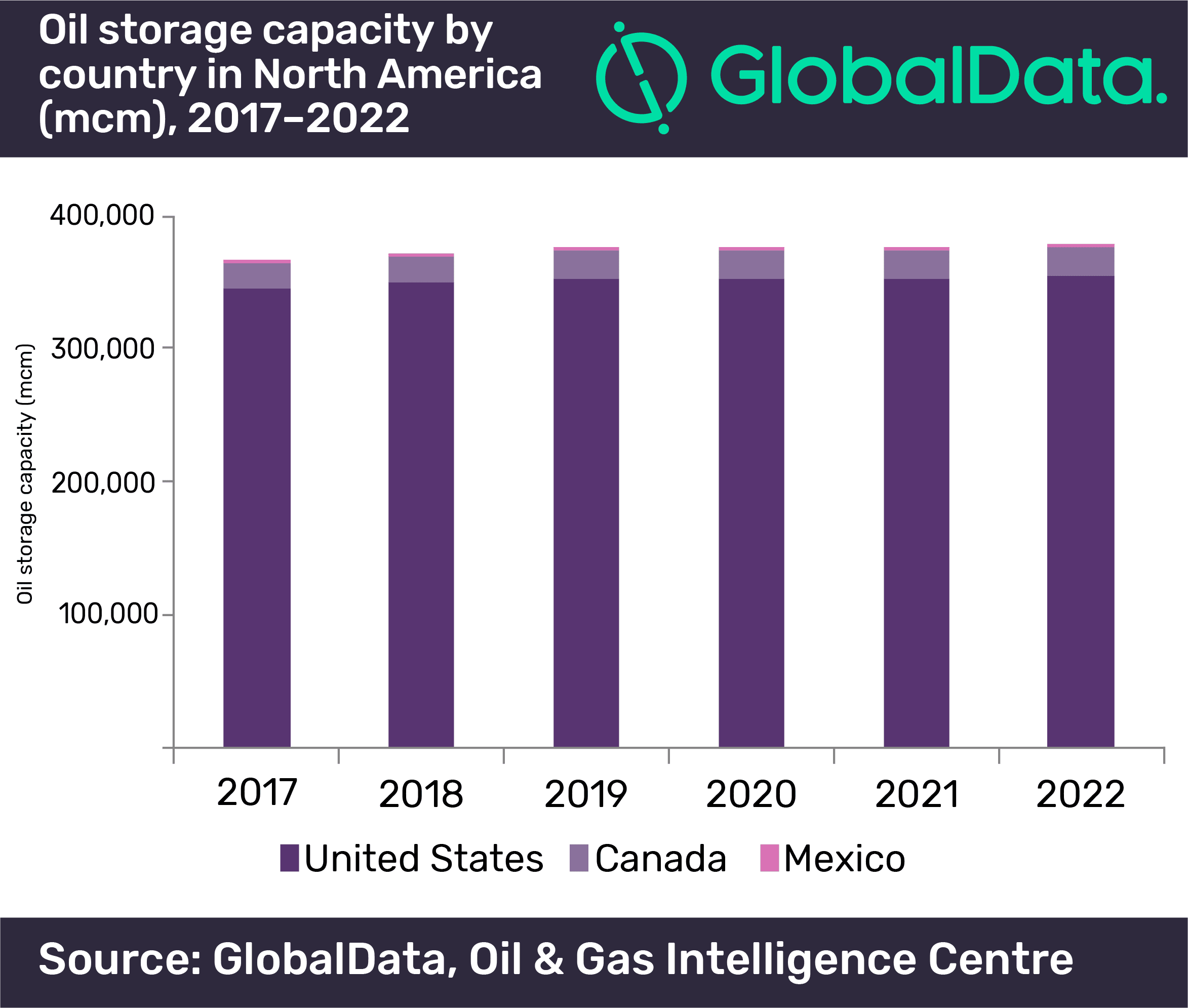 The US will drive most of the growth in oil storage industry in North America between 2018 and 2022, according to leading data and analytics company GlobalData. The country is set to add more oil storage capacity than any other country in the region during the outlook period.

North America is expected to have estimated capital expenditure (capex) of US$7.2bn on new build projects, of which, around 83% will be spent by the US and the remaining by Canada and Mexico, during the outlook period 2018 to 2022.

Soorya Tejomoortula, Oil & Gas Analyst at GlobalData, explains: “The US is ramping up its crude oil storage capacity to export growing shale and tight oil production. Many of these new terminals have been planned along the US Gulf Coast, mainly for exports to international customers.”

GlobalData identifies Canada as the second highest in North America in terms of capacity additions, and capex on new build oil storage projects. The country has a capex of US$750m on new build projects to increase the storage capacity from 18,170.6 mcm in 2017 to 21,583.8 mcm in 2022 at an AAGR of 3.4%.

Tejomoortula adds: “Growing crude production in Canada has resulted in complete utilization of storage and pipeline capacities. New oil storage terminals have been planned in the country to cater the demand of the domestic oil producers.”

Mexico accounts for roughly 6% of the region’s capex on new build oil projects during the outlook period. The country will spend an aggregate amount of US$470m on new build oil storage terminals during the outlook period. Mexico’s storage capacity is expected to increase by 711 mcm from 594.3 mcm in 2017 to 1,305.8 mcm in 2022 at an AAGR of 15.7%.

Could the Texas Power Outage Have Been Anticipated, and Prevented?

Pipelines in a Sustainable Future and Other Highlights of TOGC 2023