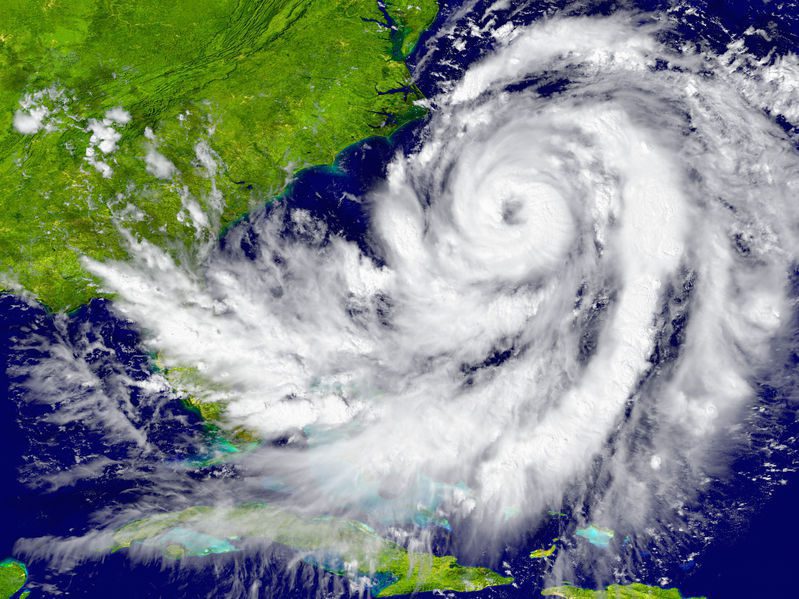 Oil and natural gas companies on the Texas coast were preparing for the arrival of Hurricane Harvey Thursday, with some shutting operations and evacuating personnel, sending gasoline prices higher. Hurricane Harvey was also beginning to impact the flow of crude and refined products traffic into and out of the area, while oil and natural gas operators in the Gulf of Mexico were evacuating platforms and rigs.

In the afternoon, the NYMEX RBOB crack spread against WTI was $1.91 higher at $17.67/b, boosted by supply concerns. NYMEX September RBOB settled up 4.52 cents at $1.6641/gal. Physical gasoline prices were higher as well. S&P Global Platts assessed Gulf Coast conventional gasoline at NYMEX October RBOB plus 12 cents/gal, a 5.89-cent/gal climb and its highest assessment since August 13, 2015.

Platts assessed benchmark Gulf Coast jet fuel on the first day of trading for Colonial Pipeline’s prompt 50th cycle at the NYMEX October ULSD futures contract minus 3 cents/gal, after it traded at that level in the Market on Close assessment process. That was up 4 cents from Wednesday, and its highest level since October 1, 2014.

In natural gas, TGP Zone 0 was the largest mover in the region, with prices jumping almost 6 cents to $2.816/MMBtu. There was a force majeure issued on Tennessee Gas at 11:30 am CDT time that will impact flows involving Station 1 and Station 9 near Agua Dulce, Texas. NGPL was evacuating personnel from Compressor Station 300, and TGP had evacuations at Stations 1 and 9 near Agua Dulce.

In shipping, Aframax freight rates rallied with charterers seen working narrow fixing windows. The east coast Mexico-USGC route climbed 20 Worldscale points from Wednesday after Chevron took the Bonita for an east coast Mexico-US Gulf Coast run at w112.5 loading a 70,000 mt cargo with August 27-29 dates. An expectation of potential delays after the hurricane fizzles out and shipowners heard to be looking for a “hurricane premium” on bookings kept the market elevated.

Flint Hills Resources is shutting both the East and West plants of its 296,470 b/d Corpus Christi, Texas, refining complex ahead of Hurricane Harvey, the company said.

Other area refiners, such as Valero, Marathon, Phillips 66 and Shell, said they were monitoring the storm. “We will continue to monitor the storm and make decisions about refinery operations, especially for our Corpus Christi and Three Rivers locations where the storm is currently projected to make landfall,” Valero spokeswoman Lillian Riojas said.

Some 9.56%, or 167,231 b/d, of US Gulf of Mexico oil output was shut-in due to Hurricane Harvey as of 11:30 am CDT (1630 GMT) Thursday, the US Bureau of Safety and Environmental Enforcement said. In addition, some 14.66%, or 472 MMcf/d, of Gulf of Mexico natural gas production was shut-in, BSEE said. Personnel have been evacuated from 39 production platforms, or 5.29%, of the 737 manned platforms in the Gulf of Mexico, the agency said. Personnel have been evacuated from one of the 10 non-dynamically positioned rigs currently operating in the Gulf.

Shell shut operations at its Perdido facility in the Gulf of Mexico late Wednesday. Shell’s Perdido is one of the world’s deepest floating oil production platforms, moored at 8,000 feet of water. It is a production hub for three fields in which Shell has a stake: the Great White, Tobago and Silvertip fields. Production is about 100,000 b/d.

ExxonMobil has begun to curtail oil and natural gas production from the Galveston 209 platform and is preparing the facility for evacuation, a company spokeswoman said Thursday.

Anadarko Petroleum has shut production at four fields offshore Texas. The company said late Wednesday that it had not only removed all personnel but temporarily shut production at its operated Boomvang, Nansen, Gunnison and Lucius facilities. Boomvang and Nansen are sited in the East Breaks area of the Gulf, nearer the Texas coast than the other two fields, while Gunnison is located in Garden Banks further west and Lucius is in southeast Keathley Canyon, sited south of Garden Banks.

ConocoPhillips has evacuated non-essential personnel from its Magnolia offshore US Gulf of Mexico producing platform, the company said. Magnolia’s gross production in 2016 was 4,000 boe/d, of which 3,000 boe/d was net to ConocoPhillips.

Statoil, which operates two rigs in the Eagle Ford play of South Texas, said it was securing its rigs and wells and evacuating rig personnel as well as suspending all non-essential activities.

ConocoPhillips has suspended drilling and completion activities in the Eagle Ford Shale and moved non-essential equipment off the six drilling rigs it is running in the South Texas play.

NuStar Energy is preparing to shut its Corpus Christi crude oil and refined products terminals in Texas ahead of the storm, spokesman Chris Cho said Thursday. He did not give a specific timeline for completing the shut-down process, but said the company has activated its emergency response plans and will continue to monitor the storm to determine its next course of action. NuStar’s North Beach Terminal at Corpus Christi in southern Texas includes a 1.6 million-barrel crude facility, and 10 storage tanks with a combined capacity of 327,000 barrels for gasoline, distillates, xylene and toluene.

Magellan suspended operations early Thursday at its crude terminal and condensate splitter in Corpus Christi, Texas, in response to the incoming storm, said spokesman Bruce Heine. The midstream player operates a 3.5 million-barrel crude and condensate storage and a 50,000-b/d condensate splitter at the facility, Heine said in an email. However, the company’s refined products and crude oil pipelines in the Houston Ship Channel area are operating normally at this time.

A source with a shipowner engaged in the US Gulf Coast oil lightering market confirmed ship-to-ship operations were suspended through the end of the weekend. “I can confirm that lightering, everywhere from Corpus to Southwest Pass, is suspended as of today until at least Sunday.”

Global M&A and Raising Activity in the Upstream Sector Totaled US$63.4bn in Q3 2019