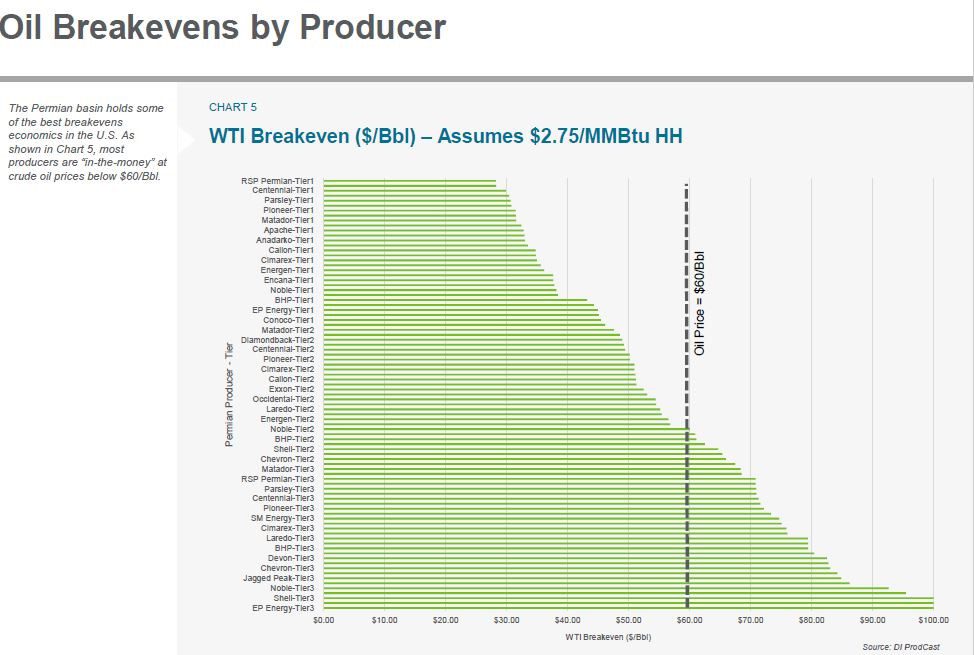 Austin, TX – May 8, 2018 – Drillinginfo, the leading energy SaaS and data analytics company, has taken a deep dive into the most prolific oil and gas basin the in the United States, the Permian Basin. With records indicating its first well was drilled in the 1920s, production of hydrocarbons in the Permian basin is not new, however, a revival of activity in recent years underscores the oil and gas industry’s focus on unconventional resources.

Every month, production from the Permian continues to set record highs even though the number of total active rigs remains below historical levels. In the latest installment of its FundamentalEdge series, Drillinginfo analysts reveal which U.S. operators continue to produce higher volumes of oil, natural gas and NGLs despite relatively weak prices and fewer active rigs.  The question on everyone’s mind remains, how long will this last?

“There’s no doubt the oil and gas industry has hit its bottom and bounced back with the Permian basin leading the way,” said Bernadette Johnson, Vice President of Market Intelligence at Drillinginfo.  “The Permian holds some of the best breakeven economics in the U.S., but not all leases and holdings are created equal. We’ve taken a look at all the companies operating here and ranked them by output and breakeven prices showcasing which operators are ‘in-the-money’ in today’s current price environment, as well as who can weather further price storms – and just as importantly, who cannot,” added Johnson.

“We also see takeaway capacity nearing its limits in the Permian and constraints could have consequences for some,” continued Johnson.  “Some will thrive while others will barely survive,” said Johnson.

LAGCOE 2019 Culminates with $10,000 Winner of the Energy Innovators Pitch Challenge