2019 was a year of contraction in the Texas upstream oil and gas economy according to the Texas Alliance of Energy Producers Texas Petro Index. The index achieved its cyclical peak in February and declined for 10 straight months to finish the year at 193.6 in December, down 9.1% from the December 2018 TPI of 213.1. Through December, the Texas Petro Index has lost 9.4% of its value since the February cyclical peak. “The TPI was actually first knocked off its growth track in the fourth quarter of 2018 with sharp declines in crude oil prices, but then recovered in early 2019 before embarking on a sustained decline for the balance of the year,” said Karr Ingham, Alliance Petroleum Economist and creator of the Texas Petro Index. Ingham released the results of the year-end 2019 Texas Petro Index at a news conference in Houston on Tuesday. 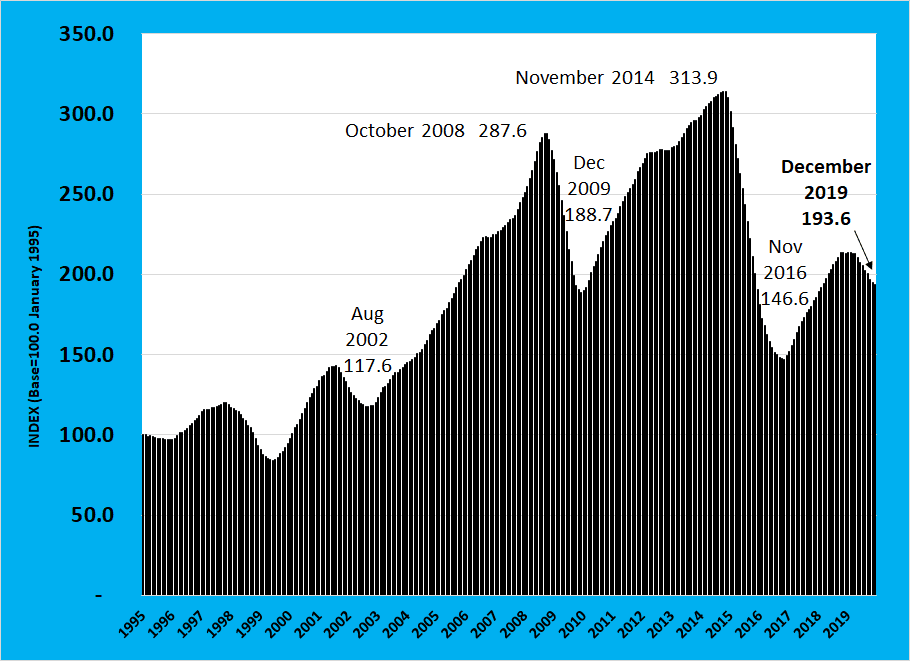 The year was characterized by lower wellhead prices for crude oil and natural gas compared to 2018, a declining rig count, decreases in drilling permits issued, and lower numbers of oil and gas well completions. Total statewide industry employment is down as well, though curiously oil and gas “extraction” employment – employees on the payrolls of operating and producing companies – continued to increase through year-end, with the sharp employment declines coming in the “support activities” sector, which includes service and drilling companies.

“Unlike the previous two contractions, crude oil prices actually stabilized in 2019, helping to sustain higher levels of E&P activity than would otherwise be the case in a sharply declining price environment, and this helped to sustain industry employment on the operating/producing side of the industry employment ledger,” said Ingham. Ingham noted that in 2008-2009, crude oil prices peaked and then fell by over 70% in just eight months.  In 2014, the price of crude oil peaked in June before entering into a 20-month, roughly 80% decline (in terms of daily prices). In 2019 the annual average WTI posted price was down by about 13% compared to 2018, but following the sharp decline in the fourth quarter 2018 prices recovered to above $50 and were steady for the balance of the year. “It was simply a year of stable $53-54 oil, and while that’s obviously not the recipe for industry expansion, one can easily imagine a scenario much worse because we’ve seen it the past two downturns,” said Ingham.

Activity levels increased steadily through October 2018, with crude oil prices climbing to over $67 on average that month (and over $70 daily pricing early in the month).  Crude oil prices in 2019 were effectively $15-20 lower compared to those peaks, and that will always push the rig count lower along with permits, completion, and industry employment, said Ingham.  Other factors weighed on activity levels as well, said Ingham, most notably the associated gas issues that only worsened in 2019 as operators struggled to find disposition solutions for the undesired natural gas. In some cases, that simply meant the crude oil wells were never drilled in the first place, pushing activity levels yet further downward, he said.

“Declining prices and activity levels will surely affect Texas production, and in fact have already done so by slowing the rate of growth in statewide crude oil production,” Ingham said. “But will production peak in the near term and decline by a significant degree, which is the implied outcome necessary to move crude oil prices higher?  Recent history says ‘no’.” In the 2014-2016 downturn, daily production in Texas ultimately declined by 13-14% in the face of 75-80% declines in the price of crude oil, a 75% decline in the rig count, a 70% decline in the number of drilling permits issued, and the loss of over 115,000 industry jobs in the state, said Ingham. Current conditions are not nearly so severe, and $50-plus crude oil pricing suggests the maintenance of high levels of production for the foreseeable future.

That means Texas and U.S. consumers will continue to be the beneficiary of plentiful, affordable energy, says Ingham. The remarkable efficiencies achieved by the upstream oil and gas industry in Texas mean record and growing production with fewer employees and rigs. The implications of this changing scenario are altering the connection between the industry and the statewide economy. However, says Ingham, that connection is still strong; the upstream oil and gas economy remains an economy-moving component of the broader statewide economy and that will not change anytime soon. 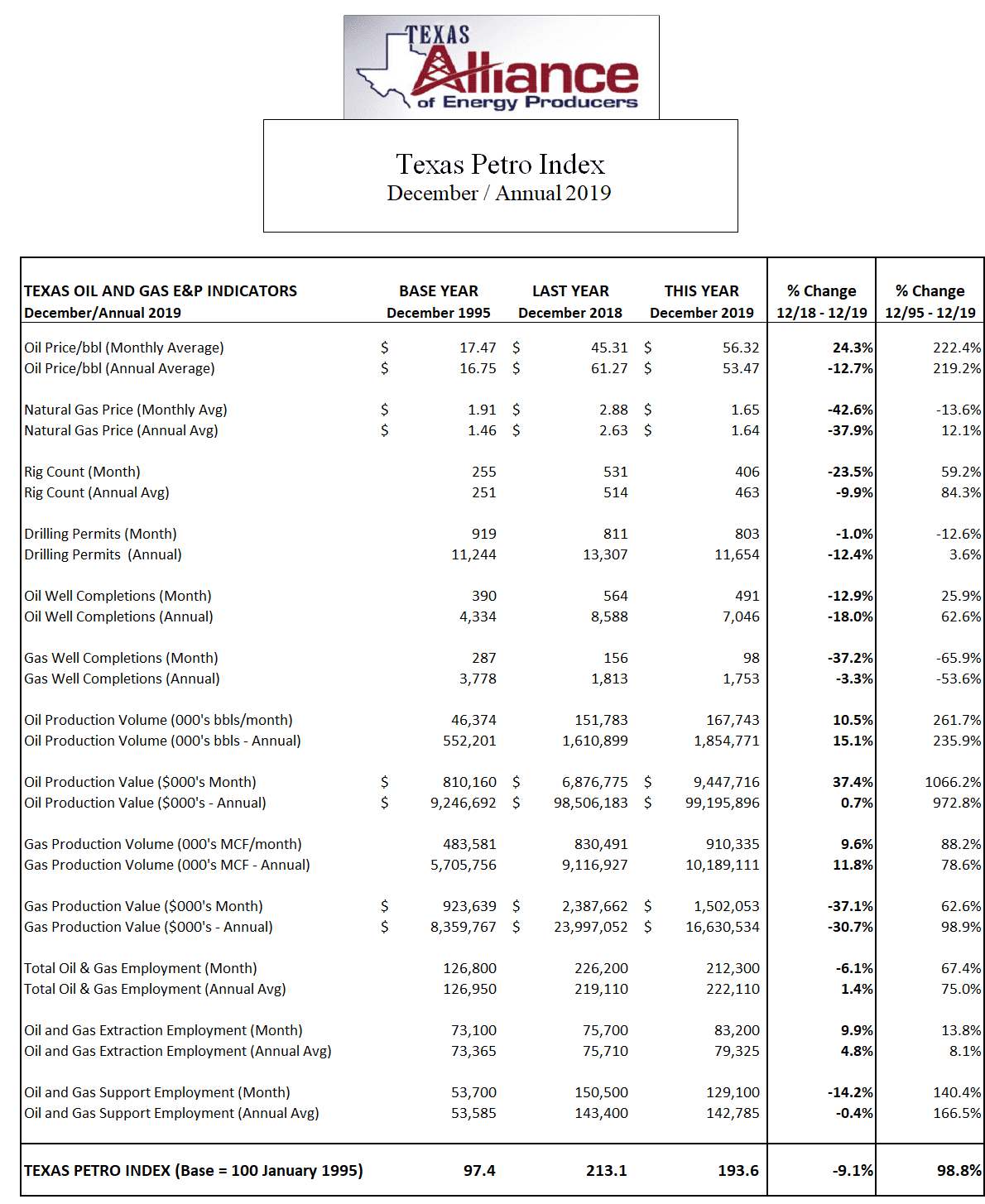