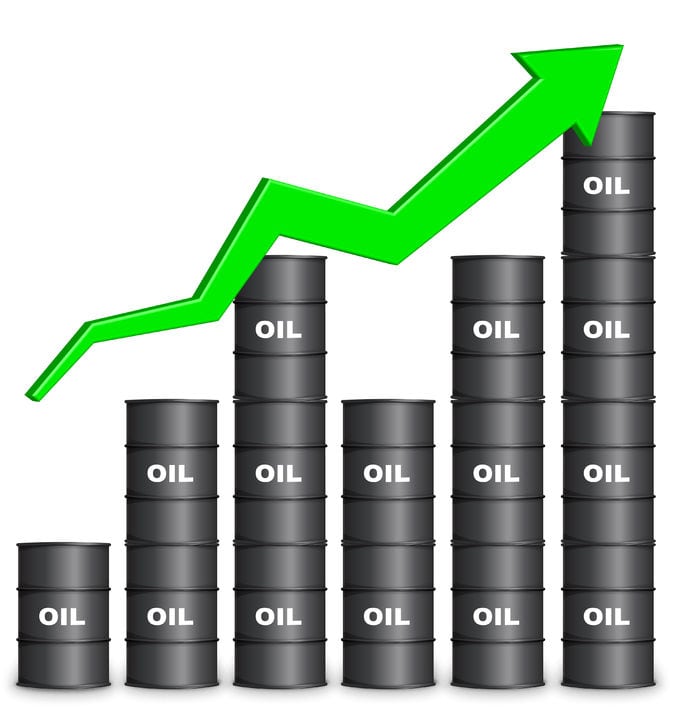 Crude oil futures for February delivery on the NYMEX closed on Wednesday at $61.63 per barrel, the highest since June 2015, on news of strong demand created by increases in the economies in the U.S. and Germany, cold weather in the U.S., and political unrest in Iran.

U.S. heating oil futures increased on the back of the cold weather hitting a large swathe of the US. Cold weather on the East Coast has drawn a number of tankers carrying diesel and heating oil from Europe, reversing a traditional trade route.

In addition to the cold weather, strong economic data are reasons that demand is increasing.

Also, protests in Iran have caused concern among oil traders that oil supplies from Iran could be reduced, adding additional pressure on crude oil supplies worldwide.

The cold weather this week from the Midwest to New England caused record consumption of natural gas and rising prices on the futures markets.

To keep America warm, power plants are burning a record amount of natural gas, a reported 143 billion cubic feet (Bcf) per day on Wednesday. By comparison, during the Polar Vortex in 2014 consumption averaged 125 Bcf per day.

In Boston, natural gas prices on the futures markets escalated to as much as $35 per MMBtu. Pricing at the more liquid Henry Hub in Louisiana is up by a third in recent weeks to around $3.50 per MMBtu.

Demand for natural gas has increased in recent years in the Midwest and Northeast have increased primarily because supplies have increased due to development of natural gas from shale in Ohio, West Virginia and Pennsylvania, called the Marcellus Shale.

However, environmental groups and some state officials have delayed, and in some cases prohibited, the construction of pipelines and processing plants needed to get natural gas to consumers in the Northeast.

Two utilities, Eversource and National Grid, recently withdrew their plan for a $3 billion pipeline that would bring cheap gas to New England because there wasn’t enough political support for getting ratepayers to foot the bill.